The following story is from the Summer 2016 issue of Hindsight alumni magazine. For information about scholarships at Hinds Community College, please see the website. The family of father and…
By: Cathy Hayden 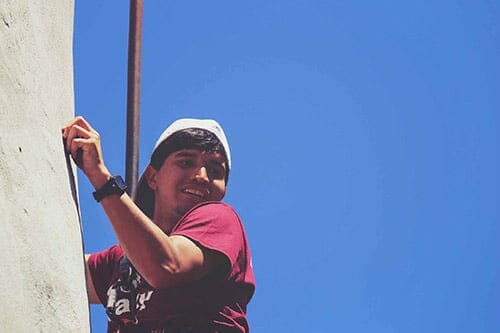 The following story is from the Summer 2016 issue of Hindsight alumni magazine. For information about scholarships at Hinds Community College, please see the website.

The family of father and son Harold T. White and Hal White, who sponsor a Hinds Community College culinary arts memorial scholarship that bears their names, has developed a variety of creative methods to raise funds over the years. 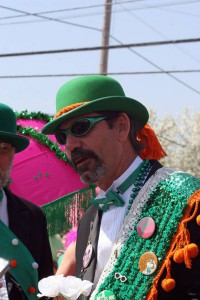 Hal White at the annual St. Paddy’s Day Parade, which has been renamed in his honor.

Their father, Harold T. White, served as the sixth president of Northeast Mississippi Community College for 22 years, from 1965 until his death in 1987. During his years in the community college ranks, White was not only the president of NEMCC, but he also served as the community college liaison to the Mississippi Legislature where he mentored his life-long friend, Hinds President Dr. Clyde Muse, Malcolm White said.

“This scholarship not only honors the father-son legacy of Harold and Harold Jr., but also the friendship between the White and Muse families and the success of the community college system in Mississippi,” he said.

Established in 1990, the scholarship was originally named the Harold T. White Scholarship. Hal White’s name was added after he died in 2013.

Among the many accomplishments and innovations of their father as a community college president was the creation of the Hotel-Motel Restaurant Management Program in 1973. Hal White was in the first class to graduate from program in fall 1974.

After graduation from Northeast, Hal worked for years in the hospitality and hotel business in Hattiesburg, Alexandria, La., and New Orleans before returning home to Mississippi to open Hal & Mal’s with his brother.

Hal was co-owner and chef of the family business and specialized in masterful soups that became his legacy and calling card. He mentored many men and women who came through the ranks of Hal & Mal’s over the years and inspired more than one to pursue a career in the food business, including James Beard, award winning chef Martha Foose and rising star owner/chef April McGreger of Farmer’s Daughter Brand Pickles & Preserves of Hillsborough, N.C. 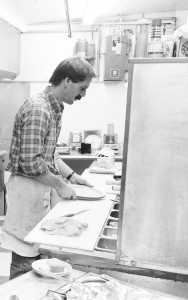 Hal White is in the kitchen cooking the first meal served when Hal & Mal’s opened in 1985.

The family scholarship for a Hinds culinary arts student is funded by various creative outings including the Hal & Mal’s Oyster Open, Art Soup and proceeds from the annual International Gumbo Fest.

There is a Christmas Holiday version in mid-December and a summertime Art Soup as well. The Hal & Mal’s family of artists and musicians will celebrate the fifth edition in August 2017.

The International Gumbo Festival was established in 1992 by Malcolm White, Arden Barnett and Bill Bissell and has been headquartered in Smith Park in downtown Jackson.

The fall event celebrates the annual “Gumbo Champion” of Mississippi and features regional live music, great food, local craft beers and a unique family atmosphere in the heart of Jackson.

The scholarship is awarded to a student pursuing a degree in Culinary Arts and Hospitality and Tourism Management, offered at Hinds’ Jackson Campus-Academic/Technical Center on Sunset Drive. It may be awarded to a freshman or a returning sophomore student.

The recipient has the unique opportunity to participate in an internship of a minimum of 20 hours per week at Hal & Mal’s in order to get “hands-on” experience in the day-to-day operation of food and beverage business.