RAYMOND – Fall graduation ceremonies are set for Dec. 16 at the Muse Center on the Rankin Campus as students earn credentials from Hinds Community College. All nursing and allied…
By: Danny Barrett Jr.

RAYMOND – Fall graduation ceremonies are set for Dec. 16 at the Muse Center on the Rankin Campus as students earn credentials from Hinds Community College.

All nursing and allied health graduates will receive their degrees at 8 a.m., with commencement for academic and career-tech graduates to follow at 11 a.m. and 3 p.m.

Dexter Holloway, assistant executive director for Workforce and Economic Development with the Mississippi Community College Board, is the speaker for the nursing and allied health graduate ceremony. Dr. Bobby Glenn, director of the Veterinary Technology program at Hinds, speaks to graduates at the midday and afternoon sessions.

He holds a master’s degree in Industrial Education from Alcorn State University, where he had earned his bachelor’s, in Technical Education with a concentration in Drafting. Currently, he is on the board of directors for several organizations in Lincoln County, including the Boys and Girls Club and the Alcorn State Alumni Association and Booster Club. 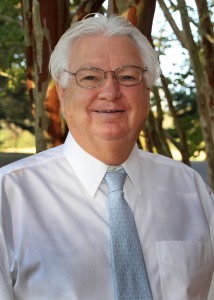 Glenn, of Madison, a 40-year employee of Hinds, received a bachelor’s degree from Mississippi State University and a doctorate in Veterinary Medicine from Auburn University. He has directed the Veterinary Tech program since 1976. In October, Glenn was named the college’s faculty honoree for the Legislature’s HEADWAE program in February. The program honors academically talents students and faculty who have promoted academic excellence.

Glenn, who is retiring in December, is a member of the Mississippi Veterinary Medical Association and the American Veterinary Medicine Association. He had served two years in the Army, including one year of deployment in Vietnam, and rose to the rank of captain before starting a private practice. He worked for the Mississippi Diagnostic lab for two years just prior to starting work at Hinds.