It’s all about family. That’s what this year’s 3E Award recipients, who are a husband and wife team, say about their time working at Hinds Community College. Thomas Wasson, vice…
By: Cathy Hayden

It’s all about family.

That’s what this year’s 3E Award recipients, who are a husband and wife team, say about their time working at Hinds Community College.

Thomas Wasson, vice president for Physical Plant and Auxiliaries, and Janet Wasson, the current longest serving English instructor on the Raymond Campus, were named as the 3E awardees at the annual Employee Appreciation Event on April 29. 3E, which stands for Emphasis on Excellence and Enrichment, is the highest award the college gives. The award is a secret until it is announced at the event. 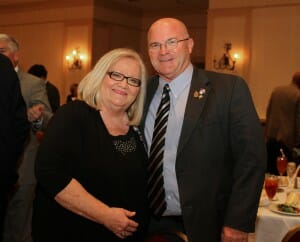 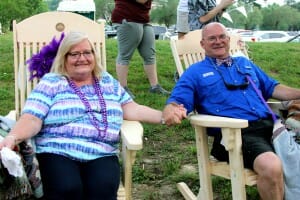 Janet Wasson and Thomas Wasson were named 3E award recipients for Hinds Community College in a surprise announcement at the April 29 Employee Appreciation Event. They were given matching rocking chairs made by the carpentry department in the Raymond Campus Career-Technical Education program.

The Wassons are natives of Starkville and now live in Raymond. Both have degrees from Mississippi State University and Mississippi College.

Only four times in the history of this award, which dates back to 1979, have multiple people been honored together – two sets of coworkers, a set of sisters, and one husband and wife team, said Jackie Granberry, vice president for Advancement, who presented the award. The two met as sixth-graders in Starkville, and Thomas Wasson was later a student under then-Starkville High School Principal Dr. Clyde Muse.

Thomas was hired first, worked at Hinds for 10 years, left briefly and returned. He has been at Hinds for 29 years. Among his duties are overseeing the facilities including buildings on every campus, maintenance, janitorial, cafeteria and energy management as well as Eagle Ridge Golf Course and John Bell Williams Airport. But it’s not the projects, buildings or rapid technology changes that stand out in his time at Hinds. 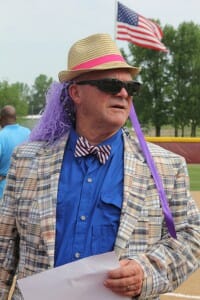 “Hinds is a family. You don’t realize the family that Hinds is until you need that family. And your people need that family. They realize it’s not just a job,” he said. “It is all about the people. I have learned that you find the smartest people, hire them, get out of their way and let them do their jobs. And never hold them back.”

A 26-year employee, Janet Wasson came to Hinds shortly after her husband. She has been a resource learning assistant, tutor for support services and a writing center assistant. 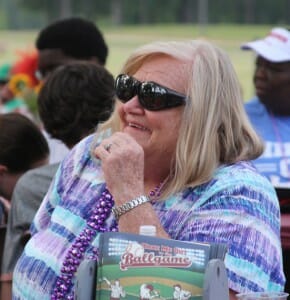 As a developmental educator, she has been involved with numerous programs and collaborations, including the 4Site program, the Dropout Recovery Advisory Board and SMACC.

She was named HEADWAE instructor in 2015. HEADWAE, Higher Education Appreciation Day, Working for Academic Excellence, was established by Mississippi Legislative Resolution to annually honor the academically talented students and faculty members of Mississippi’s higher education institutions who have made outstanding contributions in promoting academic excellence.

She was a speaker at the fall 2014 graduation. “I’m at home here at Hinds. Hinds Community College is my family,” she said in her introductory remarks.

She is known for her passion and compassion for her students, even when they disappoint her. But for her those are teaching and learning moments.

Janet Wasson told the 2014 graduates, “With sincerest apologies to two universities in this state, I didn’t learn how to teach at those outstanding institutions. I learned how to teach in the classroom, with the best teachers, my Hinds students. You have taught me patience, compassion, empathy, diligence, tolerance and humility. … As a community college instructor, I am inspired by you. 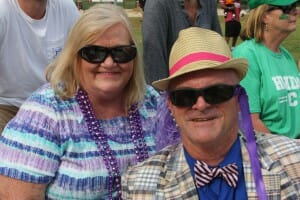 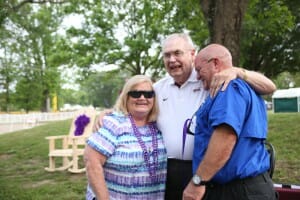