"For Carson, it was a matter of making good on a pledge to himself."
By: Danny Barrett Jr. 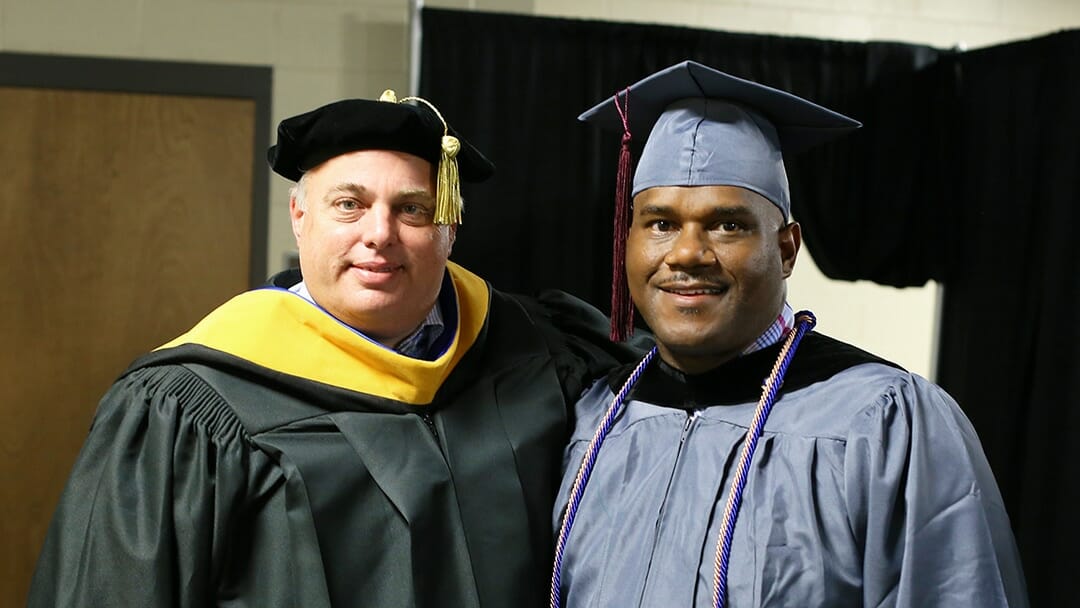 Patience and persistence has paid off for Daryl Carson in his drive to grow his healthcare career.

Carson, 47, of Vicksburg, is a captain and 22-year employee of the Vicksburg Fire Department and a Hinds Community College alum, having earned an associate degree in Emergency Medical Science several years ago. In Vicksburg, ambulance service is run by the city, via the VFD.

It’s a tall order juggling being a husband, a father of five, a first-responder job and applying successfully to the Associate Degree Nursing program at Hinds. For Carson, it was a matter of making good on a pledge to himself.

“I’ve always been big on education and bettering oneself,” Carson said. “I found out the Transition to RN program had been expanded to paramedics, so I just kept trying until I got in the program.”

At Hinds, he participated in student-led food drives at the Jackson Campus-Nursing/Allied Health Center and has served in the Student Nurse Organization and the National Organization for Associate Degree Nursing (N-OADN) Alpha Delta Nu honor society.

Carson sees himself taking his degree to the emergency room setting, a place where his job as an EMT and firefighter has coordinated frequently.

“I’m pursuing my bachelor’s degree at UMMC, then I’ll look into getting an ER director’s position,” he said.

“The power of education is that it drives our vision for a better life,” Hinds President Dr. Stephen Vacik said during his remarks to graduates. “Our vision as an institution is that Hinds will serve as a catalyst to create a compelling culture – right here in Mississippi.”

Before the ceremony, Carson caught up with his high school classmate, Marvin Moak, who serves the college as Vice President of Facility Management and Auxiliary Services.

“Daryl and I both attended Utica High School,” Moak said. “To see all of the great things he has done makes me so proud. It was also great to experience this moment with him at graduation.”