Lauren and Lindsay Harper, freshman twins from Richland, along with their childhood friend Victoria “Tori” Still of Richland, are dorm-mates at Marshall Hall on the Raymond Campus, play on the…
By: Cathy Hayden 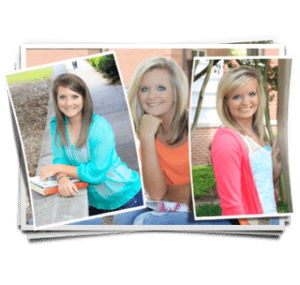 Lauren and Lindsay Harper, freshman twins from Richland, along with their childhood friend Victoria “Tori” Still of Richland, are dorm-mates at Marshall Hall on the Raymond Campus, play on the softball team together and are all nursing school hopefuls.

Still, who was a Hinds football cheerleader in fall 2011, chose Hinds partially for the opportunity to play softball. She’s a catcher who bats .265.

“It was close to home but not too close and not too far,” she said. “I really like the campus.”

Taking challenging nursing program pre-requisites such as anatomy and physiology allowed Still to debunk one college myth. “Everybody always says when you get to college, the teachers don’t really care. But they’re very helpful with everything,” Still said. “The teachers are very sweet.”

The suite-style rooms at Marshall Hall were an attraction for Lauren Harper. “We came and we saw the campus. We loved the dorm rooms because of the suites. We like how we are all together as a team,” she said.

For her Hinds is the perfect venue. “It’s not too big; it’s not too small. It’s different from high school but it’s a step before you go to university,” said Lauren, who plays first base on the Lady Eagles softball team.

Sister Lindsay Harper echoes her opinion. “I just like the environment here. It’s a way for independence, but it’s not too far away. You can always go home,” she said.

Lindsay Harper, who pitches and plays second base, was attracted to the fact that Hinds has a nursing program.

She agrees with Still about the strength of the Hinds instructors. “We are taking some really hard classes and without them, I don’t think we would have made it. The teachers have helped us a lot,” she said.

“For someone just out of high school, Hinds would be the place to go,” she said.