Brandon physician Dr. C. Ron Cannon has recently established a scholarship at Hinds Community College in memory of his late wife, Sharon Strickland Cannon, who died in May 2012, to benefit a Rankin County student who exemplifies her attributes.

“Louis Gene was a personal friend of mine. He and I were classmates at Delta State University. When I first came here he was coaching at Brandon High school,” said Hinds President Dr. Clyde Muse. “He had a great love for Hinds. When he came to Hinds, Hinds really took him in, gave him a job and helped him through school. He was a good football player here.

“I was so pleased to hear about Dr. Cannon setting up the scholarship for his wife because it enables us to keep that kind of tradition going. Her daddy would have needed a scholarship like that when he was a student here at Hinds,” Muse said.

She was instrumental in the formation of the Rankin Chapter of the Hinds Alumni Association, serving as its president in 1983 through 1984. She devoted much time to the Louis Gene Strickland Golf Tournament for Rankin County to raise funds for the college.

Her husband describes her as a “loving and devoted Christian daughter, wife, mother, sister and friend to many.”

“She was my very best friend. She made me a better person than I actually am,” Cannon said. “I value what she valued. She really loved Hinds. The scholarship is a way for some students to be able to further their education. Through that effort Sharon’s memory will live on.”

She was very involved in her church and her community, having served in the nursery ministry, teaching Sunday school and hosting church events. Additionally, she participated in many international mission trips and served as the president of several PTO organizations.

“She was a fine person. She loved people. She never met a stranger. She had a number of people that she helped. She thought God put them in her path, so she would do whatever she could to help them and encourage them,” Cannon said.

She was also very involved in the Daughters of the American Revolution and the Children of the American Revolution, serving in numerous capacities and offices over the years in both state and national chapters. On a national level she served as chairperson of the Platform Committee and served as the personal page to the president and general of the DAR, traveling extensively both nationally and internationally.

She and Dr. Cannon have three grown sons and two granddaughters.

At Hinds Community College, scholarships are awarded on the basis of a student’s desire for achievement, involvement in extracurricular activities, financial need, grades and letters of recommendation.

Endowed scholarships may be established with a minimum gift of $15,000 donated to the Hinds Community College Foundation. The gift will constitute the initial principal for the endowment. The principal will be maintained and only the income earned will be awarded in the form of scholarships.

Non-endowed scholarships may be established with a minimum gift of $500. All gifts of cash and/or stocks are fully tax deductible.

8am Academic and Career/Technical Graduation Ceremony 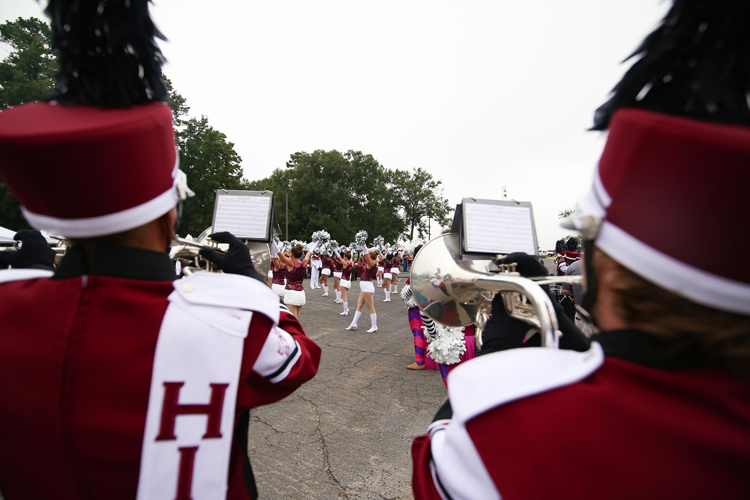