Kamen Wells of Vicksburg graduated from Hinds Community College on July 29, driving in a car under a partly cloudy summer sky instead of walking across an auditorium stage. He…
By: Cathy Hayden 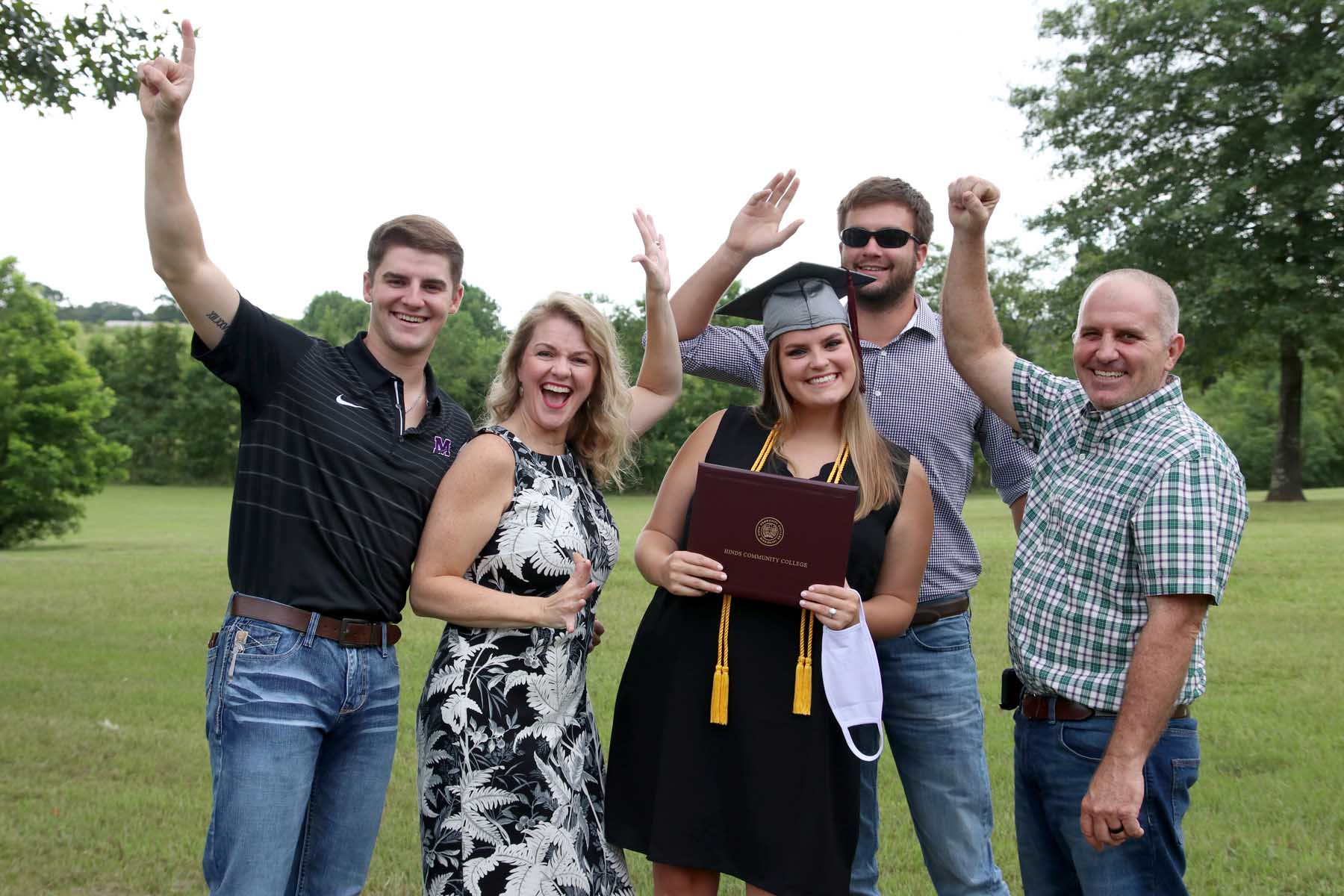 Kamen Wells of Vicksburg graduated from Hinds Community College on July 29, driving in a car under a partly cloudy summer sky instead of walking across an auditorium stage. 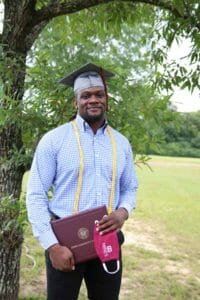 He was among more than 600 students who participated in a drive-through graduation ceremony over a four-day period. But it was worth it to him to officially receive his Associate Degree in Nursing.

Wells, 32, first got a degree in business before a practical nursing degree that led him to the ADN.

“I wanted to be a nurse from the beginning but people said being a nurse wasn’t something men did. I did the business thing for a minute and then I said, ‘You know what, I’m going to go back and do nursing.’ I love it,” said Wells, currently working as an infection control nurse at Clinton Health Care. “Hinds was great. It was very supportive.”

Because of social distancing restrictions with the COVID-19 pandemic, Hinds was unable to have traditional ceremonies inside. The spring and summer ceremonies were combined and turned into a drive-through event, over three days at Eagle Ridge Conference Center in Raymond July 29-31 and a fourth day at the Utica Campus on Aug. 1.

Each graduate was greeted by the new college president, Dr. Stephen Vacik, who took office on July 1, and cheered on by members of the Executive Leadership Team, all of whom wore masks.

Kerri Neely of Raymond drove through with her car full of supporters, including her parents, brother and fiancé, who watched her receive a career certificate for practical nursing. 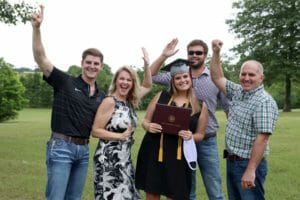 Hinds was a natural choice for her. “We grew up at Hinds,” said Neely, whose mother is a Hinds employee.

The nursing program “is a lot of hard work, a lot of studying. You don’t feel like you have a life for a while, but it’s all worth it in the end,” she said. 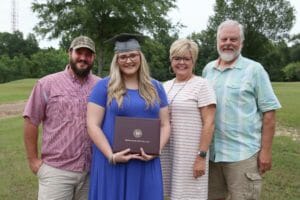 Reagan Miley of Florence received her degree in surgical technology, a field she chose because “I like helping whoever I can, however I can.”

She already has a job lined up – the robotics team at Baptist Medical Center.