Hinds’ John Bell Williams Airport has opened a new terminal building to accommodate pilots and passengers to the facility off Clinton-Raymond Road. The new $1.45 million terminal was built with…
By: Danny Barrett Jr. 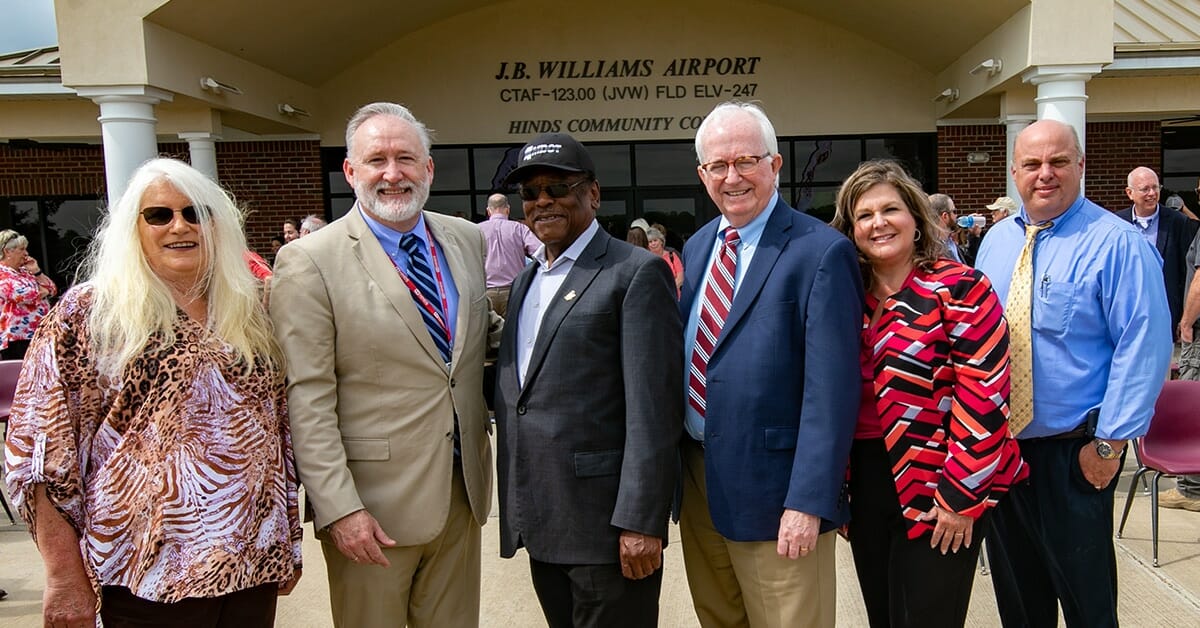 Hinds’ John Bell Williams Airport has opened a new terminal building to accommodate pilots and passengers to the facility off Clinton-Raymond Road.

The new $1.45 million terminal was built with multimodal grant funds from the Mississippi Department of Transportation and includes a pilot’s lounge, a conference room, a kitchen, a grand lobby for passenger comfort and office space.

“I want to thank our community partners because this really is a community project. This is to support economic and community development,” Hinds President Dr. Stephen Vacik said during a ribbon-cutting ceremony April 28. 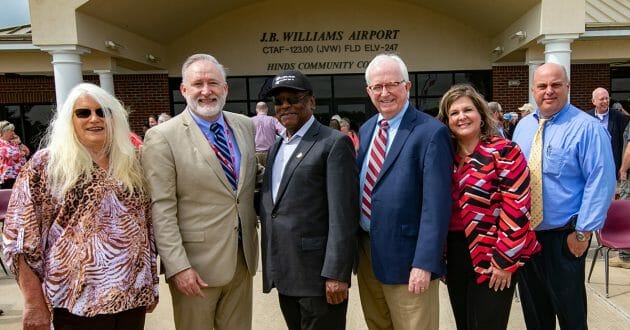 It replaces the previous terminal that had been in use since 1952. The airport itself has existed since 1942, when it first operated as a training facility for Dutch pilots flying B-25 aircraft during World War II. The facility was then turned over to Hinds County, which in turn gave the airport to the college after naming it for 1936 Hinds alumnus John Bell Williams.

“We’ve had the infrastructure, like the runway, taxiway and concrete that you see out here,” Michelle Jackson, Airport Manager, said during her remarks. “But, we lacked a facility like this to really attract the corporate clients we want to help build the economics of this area.”

The conduit for administering the funds on the state level for such projects is the Mississippi Department of Transportation’s Office of Intermodal Planning, often referred to as the multimodal program.

“The multimodal program is very good for things like airports, ports and the rail system,” Central District MDOT Commissioner Willie Simmons said during his remarks. “It’s something we want to continue to do so that this airport can continue doing the things it’s doing with Hinds Community College, which is doing a great job in training individuals for the future.”

The airport is a training ground for the college’s aviation-related programs of study, which train for careers as pilots and in aircraft maintenance.

The facility has a 5,500-foot long, 100-foot wide runway, with a full length parallel taxiway. Navigation aids include a localizer and Glide Slope Antenna, part of an Instrument Landing System approach that allows all-weather access for aircraft, as well as an area navigation system that uses GPS.

Williams, a Raymond native, received a pilot’s certificate in 1941 after enrolling in the civilian pilot training program at Hinds.

With war looming, he enlisted as a cadet in the U.S. Army Air Corps on Nov. 5, 1941. In June 1943, while Williams was near death after being badly hurt in a plane crash, the Hinds County Board of Supervisors voted to name the airport after him, citing his sacrifices and noting that he had piloted the first plane to land on the Raymond airstrip. Williams was Hinds’ first Alumnus of the Year award winner, in 1967.