Larissa Stinson Garner of Vicksburg has known for some time she wanted to be in some sort of helping profession. It wasn’t until after she received her first Hinds Community…
By: Cathy Hayden 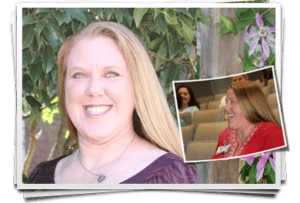 Larissa Stinson Garner of Vicksburg has known for some time she wanted to be in some sort of helping profession. It wasn’t until after she received her first Hinds Community College degree in May 2011 that she finally figure out what she wanted to do – nursing. “I just knew that nursing was for me,” she said.

Garner is finishing her second semester in the Associate Degree Nursing Program at Jackson Campus-Nursing/Allied Health Center.  She attended the Vicksburg-Warren Campus for her first two years, racking up numerous awards and recognitions.

She is married to Michael Garner, and they have three sons, Joshua, Jacob and Jessie, one of whom is a senior in high school.With all the expenses of raising a family and attending nursing school, Garner is especially grateful that she’ll be receiving the Carla McCulloch Scholarship in fall 2012 to help her finish her last year of nursing school.

She was working two jobs while going to school full time, but has had to stop working for now. “With nursing school, it’s pretty much all consuming,” she said.

The scholarship was created by the McCulloch family in memory of their daughter Carla, a Simpson Academy graduate who was a Hinds nursing student at the time of her death in an April 1991 accident. The award is made annually to a second semester nursing student who demonstrates the caring and enthusiasm for nursing that Carla embodied.