Lanzarote a hit on the diamond, classroom

RAYMOND – In baseball, waiting for the best pitch to hit is the key to a successful at-bat. Pablo Lanzarote, a native of Venezuela, is mastering that strategy nicely for…
By: Danny Barrett Jr. 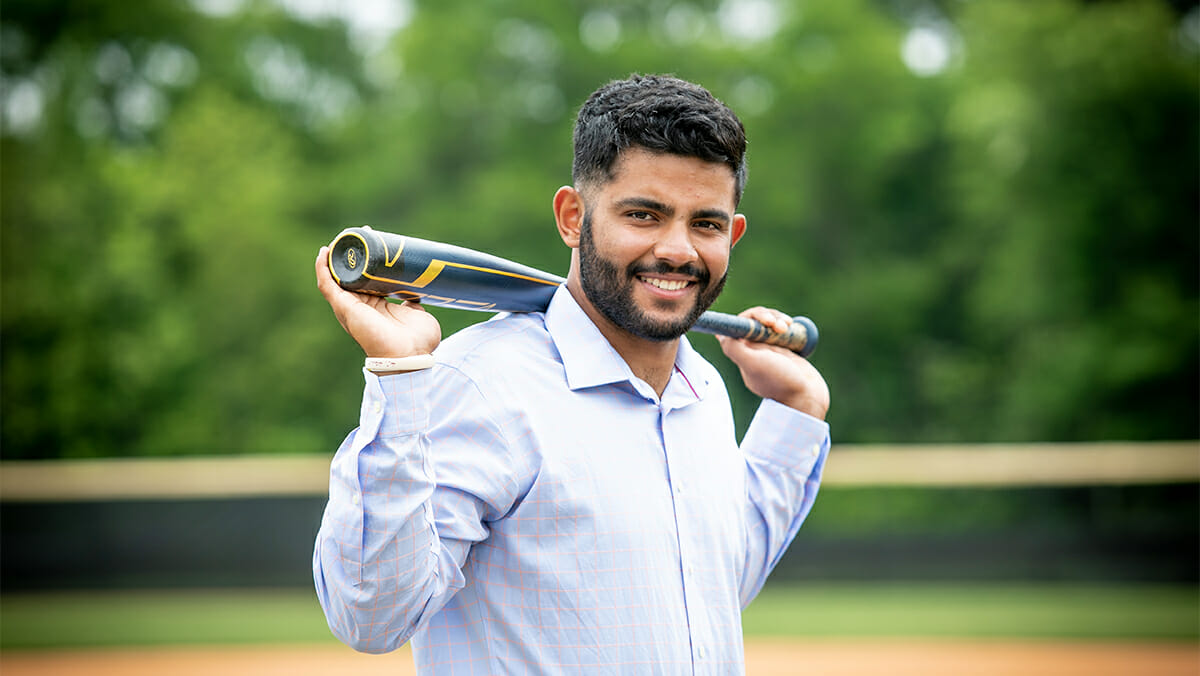 RAYMOND – In baseball, waiting for the best pitch to hit is the key to a successful at-bat.

Pablo Lanzarote, a native of Venezuela, is mastering that strategy nicely for the Hinds Eagle baseball team, but has also applied it to the classroom and in life.

“I’ve played baseball since I was 3,” Lanzarote said. “Everybody loves baseball in Venezuela. With baseball, there is a greater opportunity than other sports to get out of Venezuela and make a lot of money.”

He finished high school there in 2016, then came to the United States two years later. He tried to start college in Miami, where one of his coaches back home had attended school. But the political climate at home and in the U.S. presented a curveball of sorts that he couldn’t hit.

“The situation in Venezuela was pretty bad and I couldn’t get my paperwork sent here, plus the border was closed,” he said.

In spring 2018, Lanzarote met Hinds head baseball coach Sam Temple when the two crossed paths at Madison County Sports Zone. The young prospect had just moved in with an aunt in Canton and taking a job in foodservice. Hinds wasn’t the only community college tryout he had that spring – but it was his best outing, and his talents took wing in the Eagle offense. The pros took notice of him, too, but he credits Temple for helping maximize his talents on the community college level.

“He kept telling me to come here first, to put up some good numbers and make even more money later,” he said.

He started slow academically, but felt a desire to succeed there the same way he does behind the plate as catcher.

“At first, I wasn’t in a lot of academic classes,” he said. “I told coach if I come back in fall 2019, I’m taking regular classes. I wanted to see if I could pass a class. A lot of the guys on the team were going to Division I colleges. If they were going to places like that, why couldn’t I do it, too?”

He said his coaches were nervous about algebra and English, but he treated them like fastballs over the plate, with appearances on the President’s and Dean’s lists twice at Hinds. He’s carrying a 3.69 GPA into graduation day May 13, where he’ll earn an associate of arts degree with others participating in ceremonies at the Muse Center on the Rankin Campus.

Lanzarote is the first international student during the tenure of head coach Sam Temple, who thinks it truly remarkable to have worked with him and understand the challenges the budding star faced.

“He has not only made us a better team, but also made me a better coach,” Temple said. “Excelling as a student-athlete in the classroom and on the field, along with balancing his life of practice, work and studies is great tribute to him and his parents.” 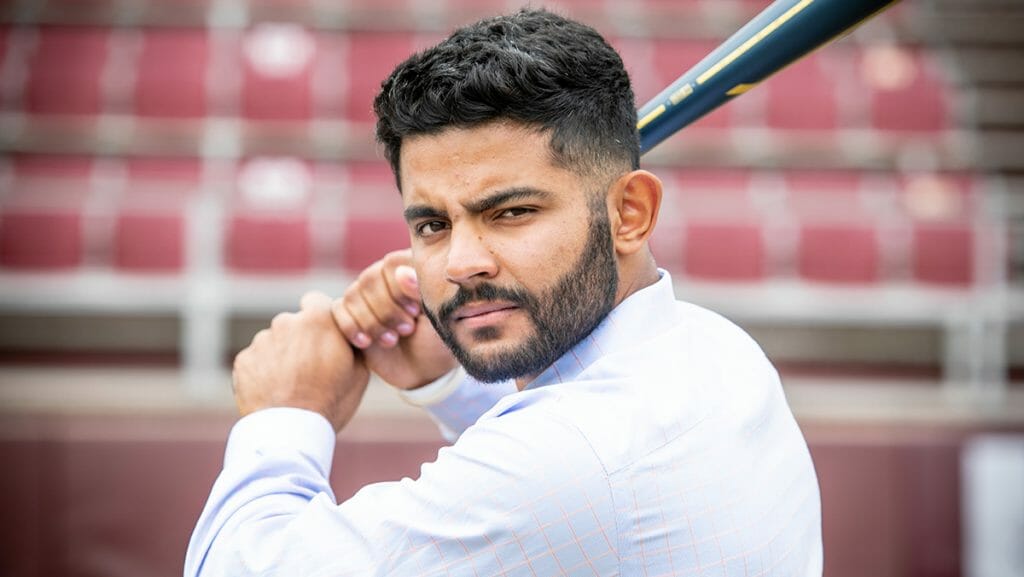 Lanzarote shows his game face at the plate

Nita Burchfield, a business administration instructor at Hinds, taught Lanzarote’s Legal Environment of Business class in 2019. She took note of his eagerness to learn despite several obvious challenges.

“I felt totally stranded when I realized the language barrier might prevent us from communicating,” Burchfield said. “Pablo’s self-deprecating humor made others feel all right with the communication awkwardness, and he embraced every opportunity to connect despite the obstacles.”

Last spring’s interrupted season due to COVID-19 simply provided another opportunity for him to improve on and off the field. When play was stopped in mid-March 2020, the Eagles were 14-2 and Lanzarote was batting .485.

“I stayed in shape by working out with an assistant coach in Jackson who is also from Venezuela,” he said. “I used the time to get bigger and stronger.” He also starred in semipro ball last summer, with the Hattiesburg Black Sox of the National Baseball Congress.

In 2021, he’s also starred occasionally at first base and in the outfield. At the plate, he’s been the Eagles’ power hitter on a team heading into the Region 23 playoffs Friday with a 22-15 record overall, including 18-10 in conference play. The Eagles play host to Jones College in a best-of-three series to open the postseason. First pitch Friday is at 6:30 p.m.

He leads the team in home runs with 12, which is a new single-season record at Hinds, and in RBIs, with 45, to go along with a .330 batting average. His .752 slugging percentage puts him in the top 50 in juco ball nationwide, while on defense his 233 putouts are good for the top 25 nationally. He’s committed to Purdue University to play baseball and, at the same time, continue basking in the American experience.

“Coming out of Venezuela, I just didn’t know about the education here at Hinds. I just knew I wanted to play baseball here and at the next level.”

His coach chooses to strike a more celebratory tone as his protégé graduates to bigger things.

“What a great story for other young men and women – to know that hard work and dedication can lead to such a great outcome,” Temple said.