“Basically, we are here trying to get some knowledge on the correct way to do things.”
By: Vergie Morgan
Photography by Vergie Morgan 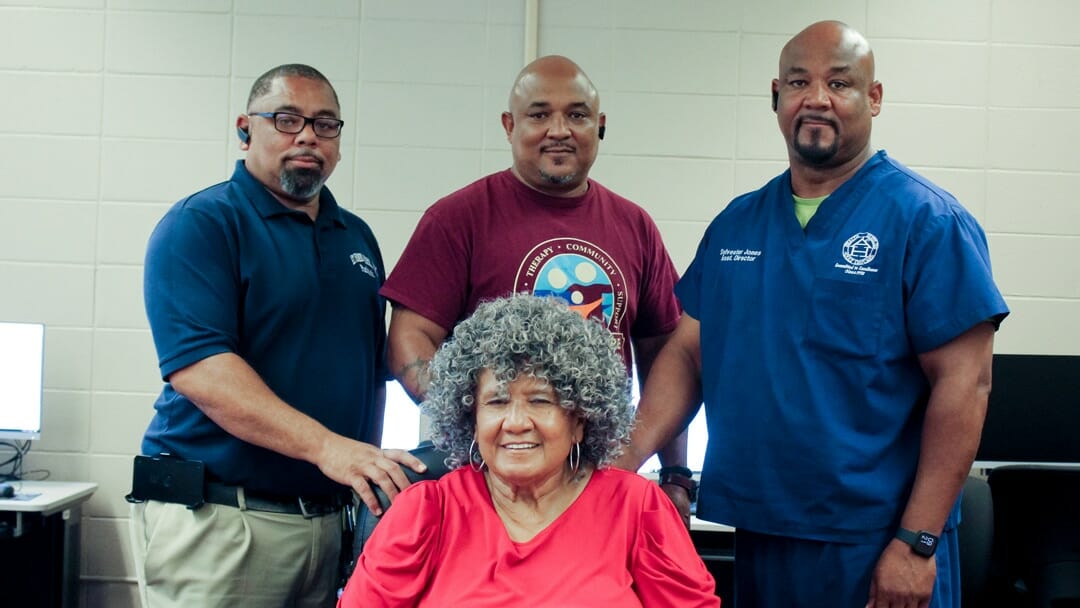 A trio of brothers is going back to school to continue growing a family business and strengthen their bond with Hinds Community College.

The Jones brothers – Charles, Sylvester and Patrick – are taking courses in Business Office Technology at the Utica Campus. They had all the inspiration they needed to return to school from a remarkable mother and Hinds alumna.

“Basically, we are here trying to get some knowledge on the correct way to do things,” Charles Jones said. “We know one day we will have to take over and we want to be ready.”

Their mother, Jeanette Felton, owns At Home Care, a Port Gibson-based home health care service for elderly and disabled people. The business serves multiple counties in Mississippi, with satellite offices in in Jackson and Natchez.

Felton, who herself had dropped out of school to raise her five children, earned a High School Equivalency certificate, or GED, from Hinds in 1977 when her children were old enough for her to return to school. In 1988, she earned a nursing credential from the Associate Degree Nursing program.

“I want them to have all that they need to be good at their jobs and to make good decisions and choices,” Felton said. “You know as I do that education is the key. That is why I persuaded them to come to Hinds. I was impressed and thankful for what I was able to achieve here,” says Felton.

Charles works as the assistant director at the Port Gibson location. He says it was important for him to go back to school and learn new skills.

Sylvester Jones is also an assistant director, at the Jackson office. He attended Hinds in 1991 but didn’t graduate. Despite being the oldest of the three, at 49, he said, it is never too late to learn new skills.

“Education is very important,” Sylvester said. “I like Hinds it has a good atmosphere for learning.”

Patrick Jones, her third son attending Hinds, works as a payroll supervisor at the Port Gibson office. He said he learned about Hinds through his wife and daughter, both of whom attended the college. He encourages anyone thinking about going back to school to do it, regardless of their age.

“Go back and try Hinds,” Patrick said. “I love the atmosphere. I’m 48 and I never thought I would be in anybody’s class but I don’t regret it.”

Felton said she is considering sending more of her employees to Hinds so they can also receive more training.