The Jackson native and 1963 Lanier High School graduate had returned to school about five years ago to work on a college degree he’d long thought about, but just hadn’t…
By: Danny Barrett Jr.
Photography: Brad Smith 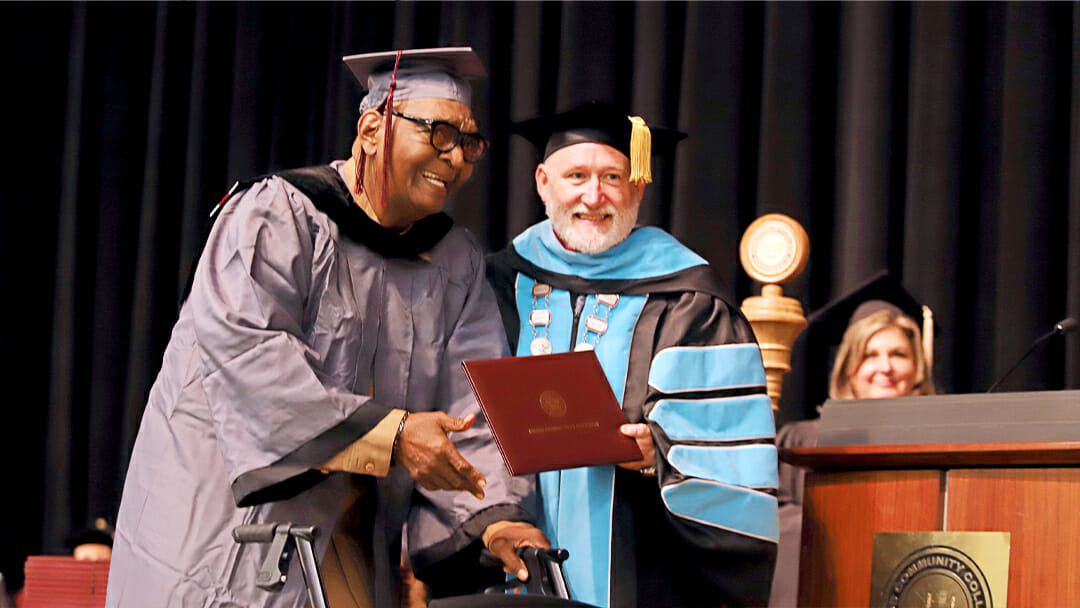 Freddie Thompson wore a gold suit under his graduation gown for a special day he had always planned to spend in style.

“I’ve always liked to dress,” Thompson said. “In the new millennium, dressing is a lost art.”

Using his walker only for basic support, Thompson, 72, of Jackson, made his way across the stage at the Muse Center on the Rankin Campus, pumped his fist in the air as he brought fellow graduates and others in a packed auditorium to their feet in congratulations and accepted his associate in arts degree.

“People at Hinds have been incredibly supportive, especially Crystal McBride at the Jackson Campus, who helped give me focus to help me get where I’m at,” Thompson said. “I’m grateful to her and everyone at Hinds that I’ve reached this milestone. Hinds was a tremendous tool for me to set my goals.”

Thompson was among the nearly 1,300 graduates receiving credentials from Hinds Community College in four ceremonies May 11 and 12 at the Muse Center on the Rankin Campus. A fifth ceremony is Saturday, May 14 at J.D. Boyd Gymnasium on the Utica Campus. Hinds awarded 1,610 certificates and degrees, with some students receiving more than one credential.

The Jackson native and 1963 Lanier High School graduate had returned to school about five years ago to work on a college degree he’d long thought about, but just hadn’t finished. He had worked security at a big-box retailer in California for 27 years, then returned home and found work as a bricklayer before being injured on the job.

“I would be the one watching the TV monitors watching employees and customers,” he said. “After a while after being hurt, I basically just got tired of watching reruns of Gunsmoke, Andy Griffith and Gilligan’s Island on TV every day. So I just said to myself it was time to get back in school and then open a big-and-tall shop like we had back in California. I once went in a store that served wine, cheese and grapes and had people help you out ordering shirts or doing tailor-made clothes.”

He plans to finish a degree in business at Mississippi College, then “doing a concept” of a store like he remembers shopping so many years ago.

“While the graduates who sit before us today represent a diverse set of circumstances, they are connected by their belief that a community college education is a step up to a broader opportunity, to build a better life, and to contribute to the communities we live in,” Hinds President Dr. Stephen Vacik said in remarks to graduates.

Rowan Idris, of Ridgeland, who earned an associate in arts degree toward a degree in accounting at the Jackson Campus-Academic/Technical Center, addressed graduates at the 2 p.m. ceremony. She spoke to graduates on the importance of perseverance in the face of adversity.

“Sometimes, life throws curveballs at us when we least expect it, and we are forced to pick up the pieces and keep moving,” Idris said. “The bad news is, this experience is real, and its common. The good news? It’s not permanent. And there is a way to get around it.” 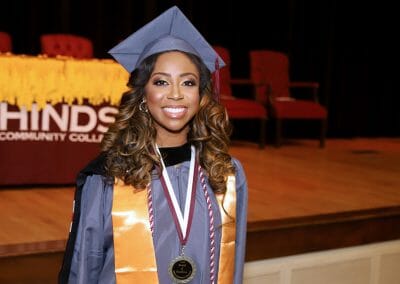 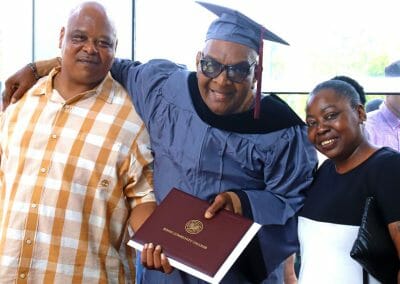 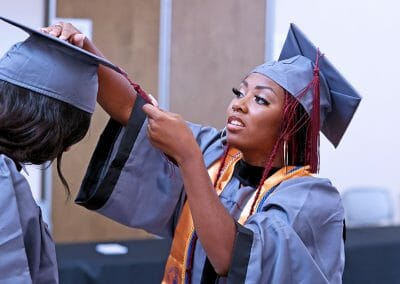 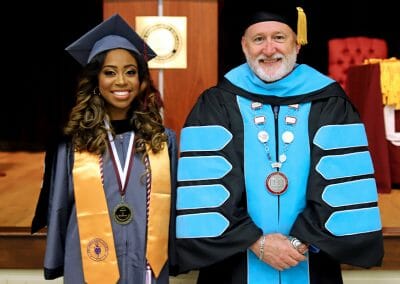 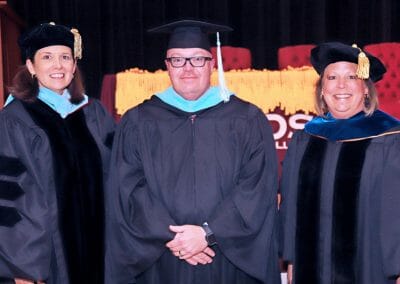 Learn How To Enroll

Enrolling at Hinds CC has never been easier! Our Enrollment Checklist has everything you need.