The federal co-chairman of the Delta Regional Authority took a first-hand look at two of Hinds Community College’s partnerships with industry during a recent tour of the KLLM Driving Academy…
By: Cathy Hayden 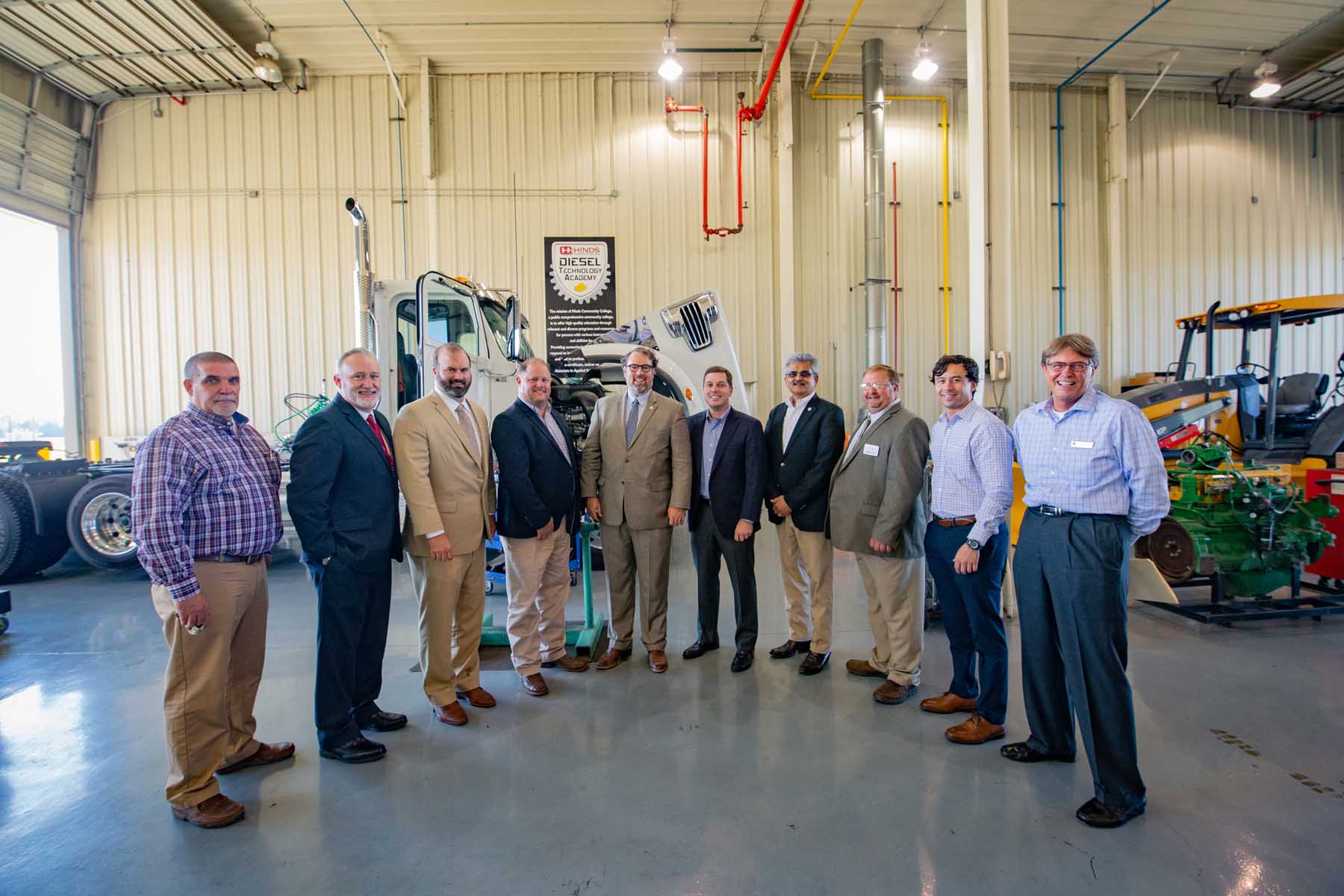 The federal co-chairman of the Delta Regional Authority took a first-hand look at two of Hinds Community College’s partnerships with industry during a recent tour of the KLLM Driving Academy and Diesel Technology Academy, both in Richland.

The college’s partnerships with the industry leaders KLLM Transport Services and Empire Truck Sales/Stribling Equipment grew out of a need the companies had for trained employees. Hinds worked with these entities to craft training structures and time schedules that fit their needs, not traditional academic schedules.

“At DRA, we stress the importance of partnering with regional business leaders to develop workforce programs based on industry-specific needs,” said Delta Regional Authority Federal Co-Chairman Chris Caldwell.  “Hinds Community College has done just that with the KLLM Driving Academy and Diesel Technology Academy, and I continue to be impressed by its vision and work to strengthen workforce pipelines in Mississippi.”

“We have a great team and I’m looking forward to being a part of it. We’ve got some exciting things on the horizon,” Dr. Vacik said.

The KLLM partnership began in 2012 with the current building housing the academy opening in 2014. KLLM handles the training of truck drivers. Hinds handles the coursework.

“We started this driving academy for one reason – to staff our trucks,” said Jim Richards, president and CEO of KLLM Transport Services. “We partnered with Hinds Community College, which brought a lot of credibility to us immediately. They were here on the ground level. They really understood what we were trying to do and jumped in. I never felt trapped by academia in this program. It was all about whatever we needed to do, they were available to help us.”

The KLLM tour concluded with a significant milestone for the Hinds-sponsored Registered Apprenticeship truck driver program when Dr. Vacik presented the 200th apprentice completion certificate from the U.S. Department of Labor to Richards.

Hinds has a similar partnership with Empire Trucks Sales/Stribling Equipment to train diesel technicians and parts specialists. The partners have employed a total of 71 students and 70 other companies have employed graduates.

meet minimum requirements in core subjects either on the ACT or college placement tests. The first 30 credit hours of the program are held at the Raymond Campus with the next 15 credit hours at the Diesel Technology Academy where students focus on either transportation or equipment for a technical certificate. Students have the opportunity to continue the program for an Associate of Science degree in Diesel Equipment Technology.

“We took the model we had at KLLM, we replicated it and modified it to fit the diesel tech industry,” Stocks said. “We spent a great deal of time looking at the whole industry, and not just what the training needs are today.

“The only way to get a great workforce project is listening to industry, having the flexibility of the college to put these practices in place and building a pipeline of qualified graduates so that they have a steady stream of employees into those fields,” he said.

Hinds Community College has received workforce development grants in the past from the Delta Regional Authority, which covers 252 counties and parishes of the eight-state Delta region that includes Mississippi.

Hinds received a grant last summer for $1.3 million to expand workforce development in three distinct areas via the Workforce Opportunity for Rural Communities grant initiative. Those areas include Advanced Manufacturing, Inland Waterway Maritime and Logger Equipment Operations. Established in 2000 by Congress, the Delta Regional Authority makes strategic investments of federal appropriations into the physical and human infrastructure of Delta communities. 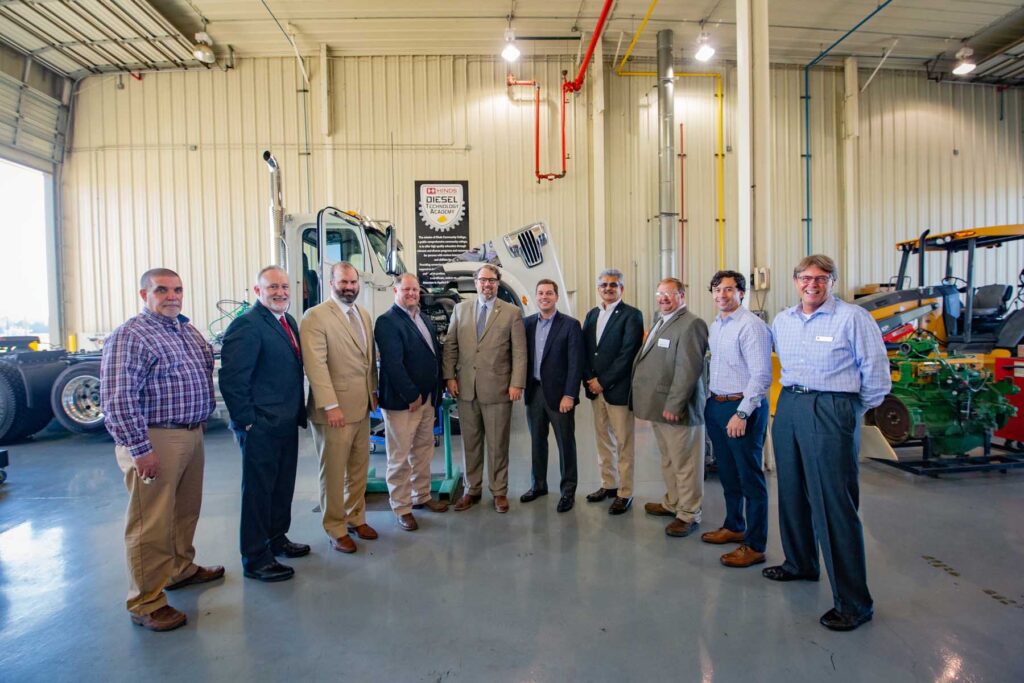 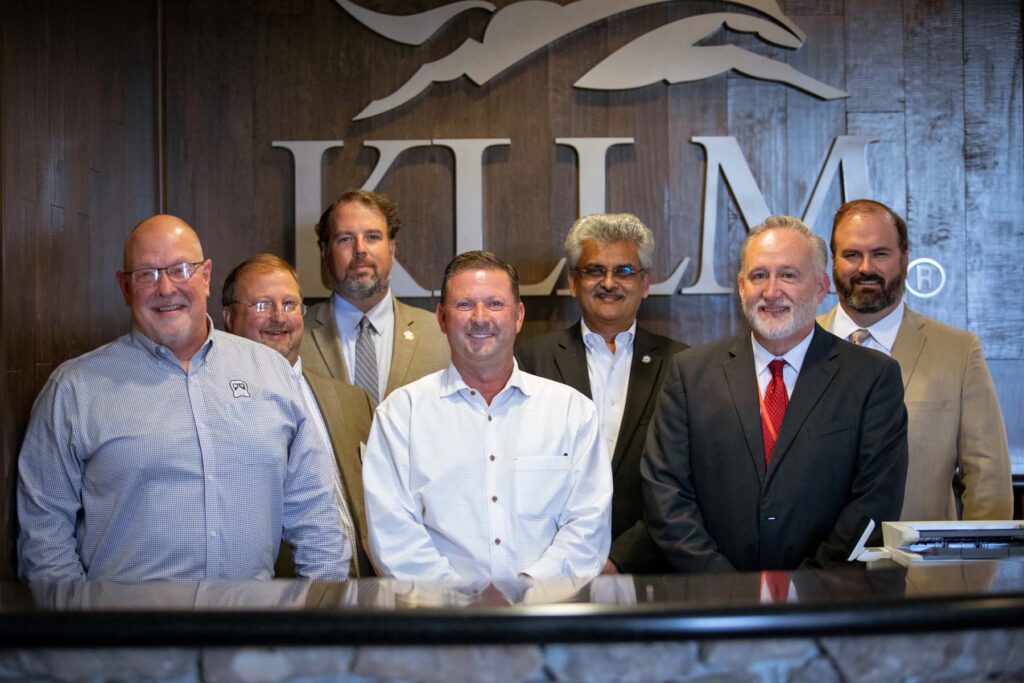