"Four key figures who served on the Utica Campus were recognized with special dedications at campus locations linked to their careers."
By: Vergie Morgan
Photography by Brad Smith 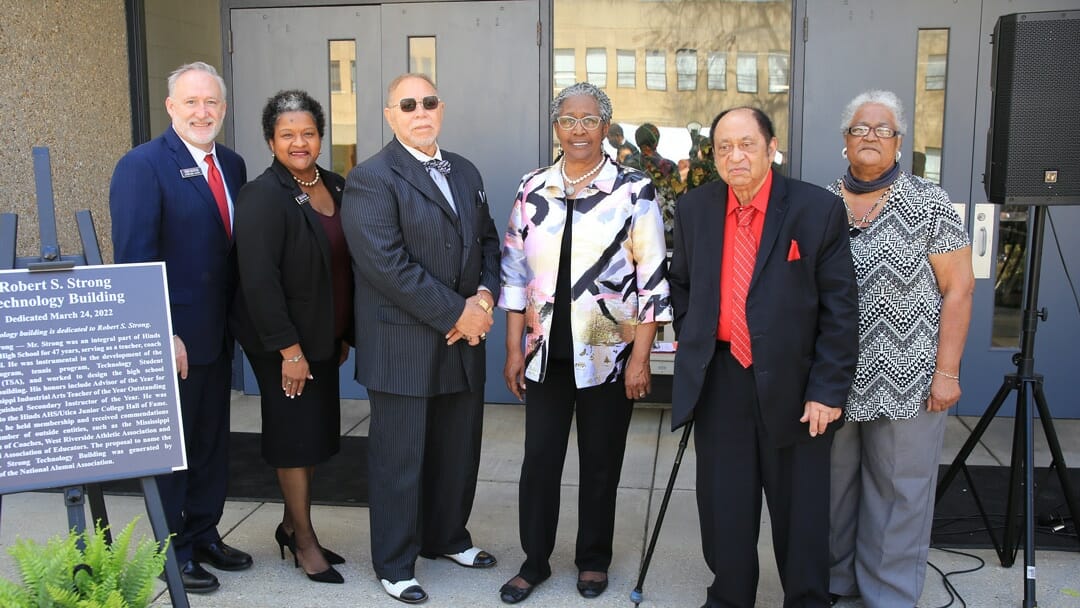 Four key figures who served on the Utica Campus were recognized with special dedications at campus locations linked to their careers. The dedications were on Founder’s Day as part of the week-long Founder’s week festivities.

Bell retired in 2014 after serving 46 years first as the high school math instructor at the old High School then as student activities director. He was also known as the campus recruiter. Bell was honored with the renaming of Union Drive in front of the Student Union to Charles Bell Drive.

“When I started off, I know some students didn’t like me. Some didn’t want to go to class. I know some stayed in the Union but I wouldn’t let them. And if some came hungry, we would find a way to feed them,” said Bell to applause from the audience. 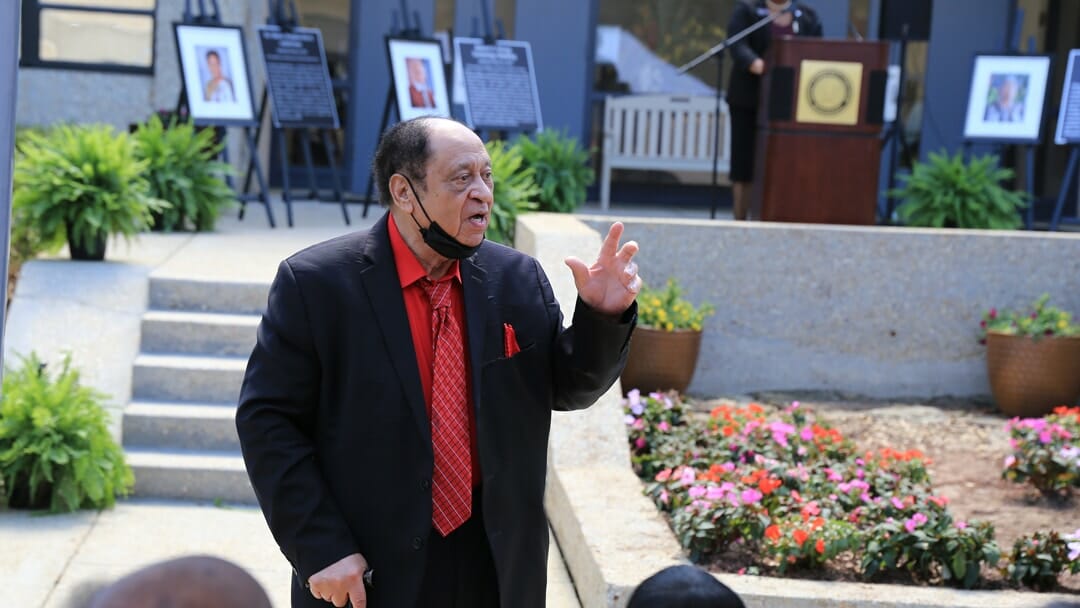 Dr. Davis served 43 years at Hinds, with 32 of those years on the Utica Campus. The multi-purpose auditorium in the Walter Washington Administration Building was named in her honor.

“This auditorium is special to me. It was the first major project on which I was given hands-on leadership in my 24th year of work on the Utica Campus. In 1993 the amphitheater became the tech center that helped us move the campus into the 21st century,” she said.

The high school technology building was renamed in honor of Strong, who ended his 47-year career at Hinds serving as the last principal of Hinds Agricultural High School.

“Technology was introduced to Hinds AHS through my industrial arts program. Over the years this building has been labeled by some as ‘Coach Strong’s building.’ Today it becomes a reality,” he said. 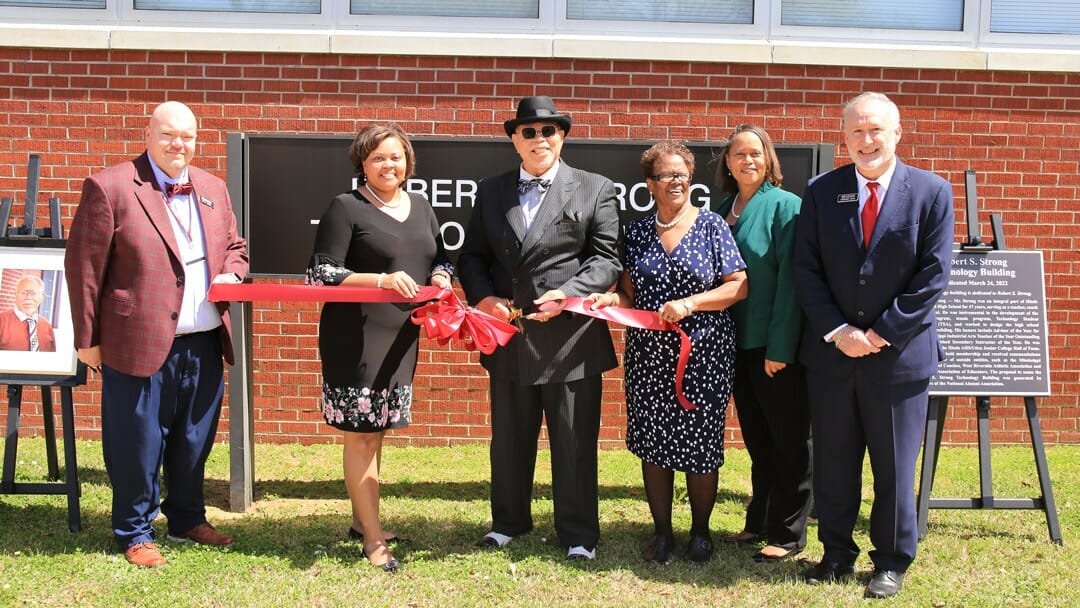 Turner was unable to attend the dedication ceremony. She was recognized for her 60 years of dedication to the Utica Campus. The Admission Office Suite was named in her honor. 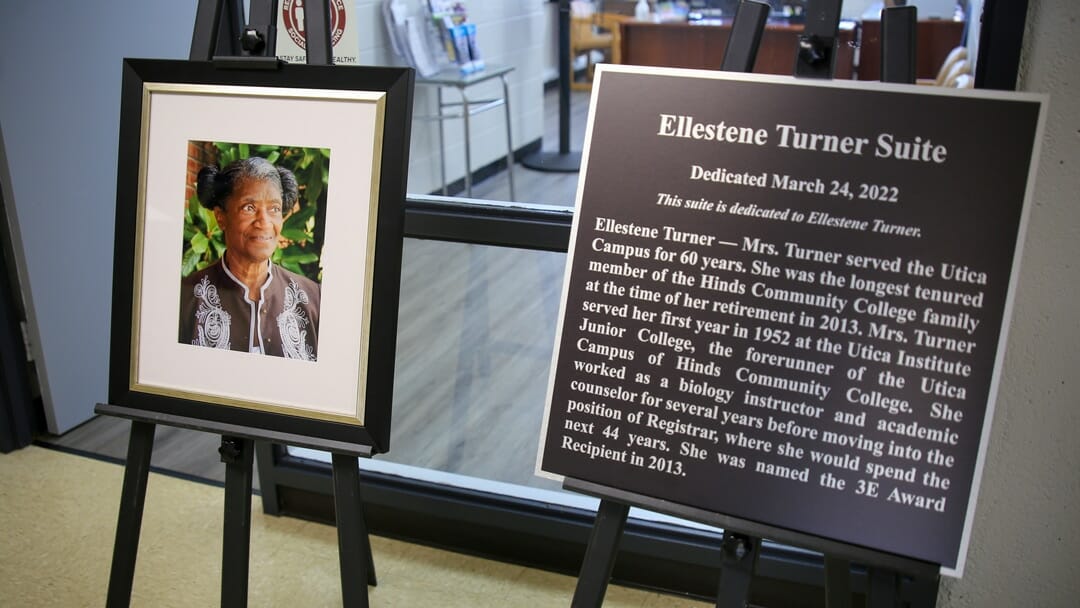 Retiree Ellestene Turner was recognized with a suite named in her honor.

All News
CATEGORIES: News
← Apprentice thriving in workforce thanks to Hinds CC, Empire Students present at Mississippi Academy of Sciences →