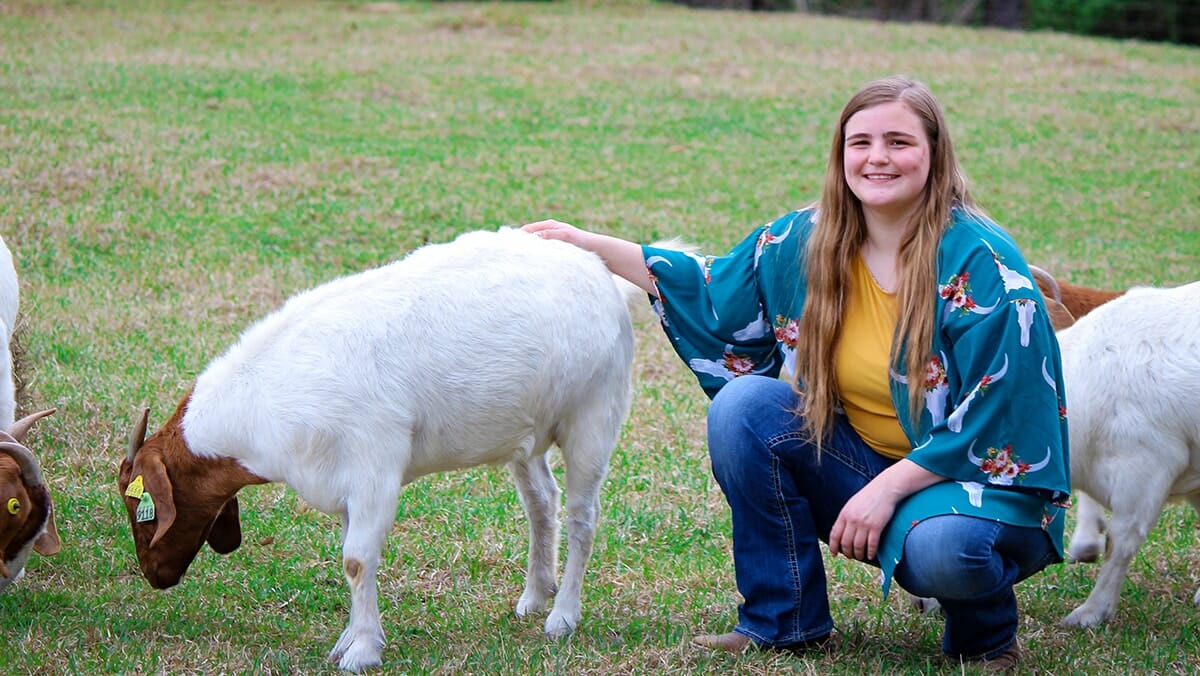 When just the pet goats’ names are considered, Katie Norris has perhaps grown up around more animals than people.

“Let’s see, there’s Jolene, Allie, Belle, Opie, Nez, Elvira, Emmy Lou, Olive, Mookie, Gigi,” Norris said, adding she and her family owned chickens and ducks during her high school years that totaled 200 eggs a month. “We’ve always have farm animals. My parents tell me when I was little, I would go in our chicken pens and just grab a chicken, throw it over my shoulder and grab the eggs. I wasn’t scared of them or anything.”

Norris, 20, a native of the Sandy Hook community in Marion County, has seen her education hatch, show well and mature at Hinds Community College the past two years. She is among about 900 students earning credentials at graduation ceremonies May 13 and 15 at the Rankin and Utica campuses. Ceremonies will be held with only graduates in attendance and under proper COVID-19 protocols. Families and friends will be able to watch through livestreaming.

Norris graduates this semester as co-president of the Phi Theta Kappa honor society on the Raymond Campus and a Distinguished Honors Scholar with a ticket to Mississippi State University as a Presidential Partnership Scholar. She’s accomplished it all despite juggling school and a job in a local animal hospital and being displaced from her dorm when the pandemic hit. She lived temporarily with her grandparents before settling in Clinton.

“Hinds was not my first choice, but it became the best choice I’ve made,” she said. “Everything that I have been involved in at Hinds allowed me to earn the presidential partnership scholarship at Mississippi State.” 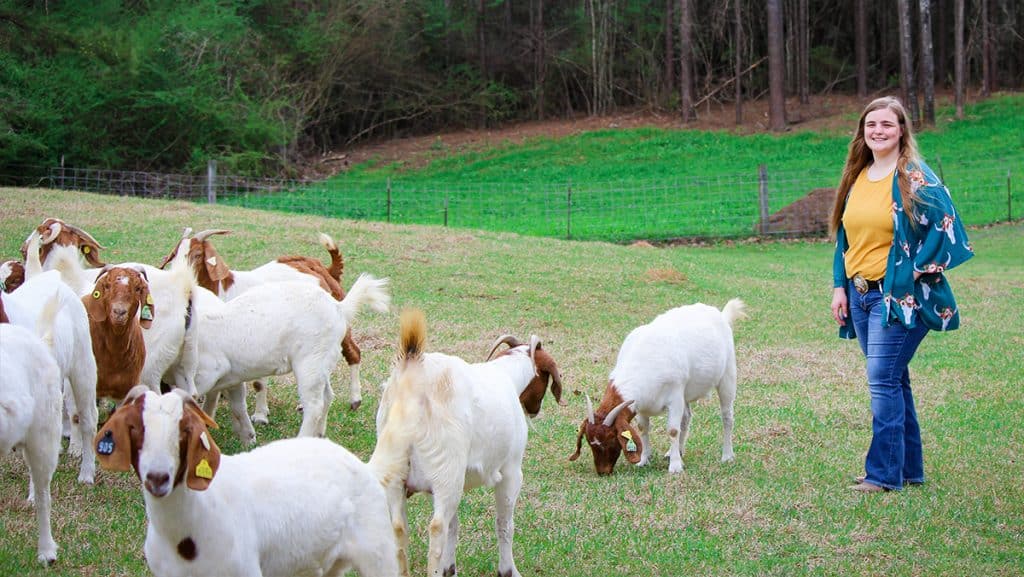 Her instructors agree her diversity of abilities made her quite the unique career-tech student. Her Associate of Applied Science degree is in two areas of the college’s agriculture program, Agribusiness Management and Beef Production.

“Katie Norris has been an exceptional student in the Agriculture Department,” said Wayne Boshart, agribusiness technology instructor. “She is one of the hardest working and most dedicated students I have had the pleasure of working with in our program area. She has been able to excel academically while taking on leadership roles in multiple college organizations. There is no doubt that Katie will be successful in her education and career pursuits, and will be a future leader in the agriculture industry.”

Norris is also the human half of a past grand championship at Mississippi’s annual Dixie National Livestock Show and Rodeo, having won in 2019 with her show goat, Jolene. She was unique among her honors peers in that she could say she’s participated in goat breeding.

“Last year, I did an honors contract with my animal reproduction class and was able to use my own goats to do that project,” she said. “It was for a grade and I had to write and present it. Everybody loved it.

“I’ve aged out of Dixie National competition, but I still show them other places. As long as I can do it, I’ll continue to show goats.”