Hinds Community College’s Utica Campus will present the Vice President’s Scholarship Hall of Honors Gala on March 31 to honor eight individuals and a husband and wife team who have…
By: Cathy Hayden

Hinds Community College’s Utica Campus will present the Vice President’s Scholarship Hall of Honors Gala on March 31 to honor eight individuals and a husband and wife team who have contributed to the campus.

The gala begins with a reception at 6 p.m. on March 31 with a banquet to begin at 7 p.m. at Old Capitol Inn in Jackson.

Tickets to the gala are $100 each. Tickets purchased after March 3 are $125 each. The proceeds go to support student scholarships at the Utica Campus, which is a HBCU. For more information contact, Tracie Jefferson at 601.885.7002.

Alonzo Bradley, a native of Flower Mount, Texas, was a Utica Junior College standout from 1973-1975. He was inducted into the 2016 National Junior College Athletic Association (NJCAA) Men’s Basketball Coaches Association Hall of Fame. 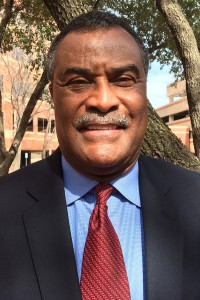 As a Utica Junior College student, Bradley caught the attention of many four-year programs. As a result of his success athletically and academically, Bradley garnered numerous awards including being twice named to the NJCAA All-America team and earning the Governor’s Merit Award of Excellence in 1975.
In spite of more prestigious programs seeking to sign the Utica star, Bradley decided to attend Texas Southern University, where he averaged 25.1 points and 8.1 rebounds a game over his two seasons and led the Tigers to back-to-back National Association of Intercollegiate Athletics (NAIA) national tournament appearances.

As a senior, Bradley was a key component in leading TSU to the 1977 NAIA national championship and a 31-5 mark, winning MVP honors at the national tournament and earning the NAIA Player of the Year Award. He was then chosen by the Indiana Pacers as the 29th overall selection in the 1977 NBA draft, but was traded to the Houston Rockets, where he would spend three seasons before concluding his career at the end of the 1979-1980 season. Bradley appeared in 43 games as a rookie, averaging nearly 19 minutes and seven points per game. That season Bradley averaged seven points per game and dished out 54 total assists.

In his post-playing career, Bradley spent time as the head coach of the Galveston Storm of the Southwest Basketball League and later, Unisys Space Systems, where he has served as chairman of the board, as well as being president and vice president of the National Association of Security Dealers (NASD).

Bradley, who holds a bachelor’s degree in business administration and computer science from Texas Southern, is also an inductee in the Utica Campus Sports Hall of Fame, Southwestern Athletic Conference (SWAC) Hall of Fame and Texas Southern University Tiger Athletics Hall of Fame.

Bradley works as a Sales Consultant for AT&T Corporation. He is a member of the National Management Association. He is married to Emma J. Bradley.

Bradley supports the Utica Campus because Hinds gives students in Utica and surrounding area a chance to be successful. 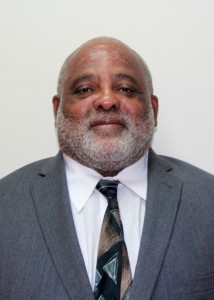 He became a Friend of the College in 1976. While at Hinds, Bradley participated in a number of sports and was inducted into the Sports Hall of Fame.

Bradley worked as a cement finisher for the BASF Corporation for 25 years before retiring. He is an active member of the Edwards Revival Center, serving as church trustee and participating on the church food service committee, preparing food for the community. He volunteers his time to support and promote events on the Utica Campus.

Bradley has been married to Earlean Bradley for 42 years. He has three children, Rhonda, Gabriel and JarKarta. He also has 10 grandchildren and three great-grandchildren.

Bradley supports the Utica Campus because he wants to give back to the college that gave him support.

Dr. Afrachanna D. Butler is a 1996 graduate of Hinds AHS and has been a Friend of the College since that year. Butler graduated from Jackson State University (JSU), receiving both her undergraduate and graduate degrees. In 2000, she received her B.S. in biology, in 2002, a master’s in biology, and in 2009 a Ph.D. in environmental science. 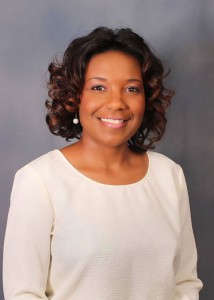 Butler currently works as a research physical scientist for the U.S. Army Engineer Research and Development Center (ERDC). She also worked a detail as an acting branch chief at ERDC and served as an adjunct professor for local colleges and universities. She is a member of the International Humic Substances Society and First Mississippi Chapter of Blacks in Government.

She also received the Achievement Medal for Civilian Service-Recognition for leadership and service in community outreach efforts and STEM education and research in 2013 and Community Service Achievement Award-Presented at the Black Engineer of the Year Award (BEYA) Gala for outstanding service shown throughout the Government in 2016.

Butler is a member of Delta Sigma Theta Sorority, Incorporated.  She is also a member of the JSU National Alumni Association and one of its Affinity Groups, The Alumni J-Sette Organization, where she currently serves as an Executive Board Member.

Butler supports the Utica Campus because she appreciates the role the campus plays in helping deserving students get an education.

Rep. Gregory Holloway is a graduate of Hazlehurst High School. He earned a B.A. degree in political science from Alcorn State University, and a M.A. degree in Public Policy and Administration from Jackson State University. He is a Henry Toll Fellow for the class of 2004 at the University of Kentucky in Lexington. He was elected into the Mississippi House of Representatives in 2000. 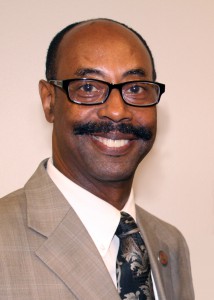 Prior to being elected to the Mississippi House of Representatives, he worked at Jackson State University. While there, he served as chairman of the Housing Disciplinary Committee, staff senator, program coordinator and head homecoming parade marshal.

Holloway is a member of various civic, professional organizations and committees. He was selected among Outstanding Young Men of America and has received numerous commendations, including Outstanding Support to Community Faith-Based programs presented to him by former State Attorney General Mike Moore. In 2004, the Council of State Governments selected him as one of the 40 top lawmakers in the country.

In 2005, he received the Jimmy Thornton Legislator of the Year Award. In 2010, he received an award for exemplary commitment and support at the American Society of Public Administrator Conference. In 2015 he received the Martin Luther King Jr. Drum Major Award for outstanding contributions to Hinds County-Terry communities.

Holloway serves as vice chairman of the Universities and Colleges Committee in the Mississippi House of Representatives and is a member of the Agriculture, Municipalities, Public Property, Entergy and Rules committees. In 2016, he was appointed by the Speaker of the House to the board of directors as a legislative adviser for the Mississippi College Savings Board. Since his 2000 election, Holloway has been instrumental in authoring and co-authoring major legislation in the Mississippi Legislature. He has sponsored legislation naming Robert Johnson Blues Memorial Highway, Tommy Johnson Blues Memorial Highway, Dr. Walter Washington Memorial Parkway, Steven Garner Memorial Highway and many others.

He is also a member of the St. Peter Church of Christ Holiness U.S.A.

Holloway is married to the former April Singleton. They have two children, Gregory L. Holloway II and Joshalyn Holloway. He has three grandchildren, Christopher, Kyrann and Isys.

Holloway supports the Utica Campus because he appreciates its great legacy and countless number of successful graduates.

Tracy A. James, an Ohio native, is best known for her angelic voice and her ability to reach the masses with her gift of song. 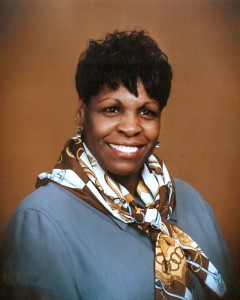 James has worked as a voice music teacher and a Peer Assistant and Review consulting teacher on special assignments. She has also worked as a choir director for the Women’s and Pastoral Choirs of First Church of God. She is currently a vocal music teacher with Columbus City Schools in Columbus, Ohio.
James has taught voice on many levels for 33 ½ years. While attending Utica College, she was a member of the Music Educators National Conference, which is now the National Association for Music and Education. James is also choir director for the Columbus Girls’ Choir in Columbus, Ohio, The Kids Are Music Choir in Columbus, Ohio, Upward Bound at The Ohio State University and The Young Scholars at the Ohio State University.

Tracy James has been married to Robert M. James for 19 years.

James supports the Utica Campus because Hinds gave her an amazing start into her professional career.

Dr. Jesse J. Killingsworth Sr. of Utica retired from Hinds Community College in 2013 as dean of Career-Technical Education after 35 years. He worked for Utica Junior College from 1972 to 1981 and Hinds from 1987 to 2013. 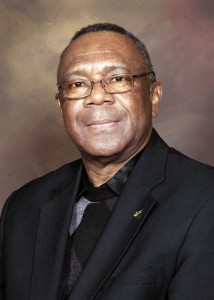 He served as mayor of Utica from 2008 to 2009. He is Hinds’ 2010 Executive of the Year, IAAP, Utica Magnolia Chapter. Killingsworth served as adviser for the Student Government Association and the Veteran Club. He also served as president of the Mississippi Association of Community and Junior Colleges Dean and Directors of Vocational-Technical Education-State.

Killingsworth attended Mississippi Valley State University in Itta Bena from 1965-1969, receiving his B.S. in industrial arts education. He later attended the University of Southern Mississippi in Hattiesburg, receiving both an M.S. degree in vocational education and ED. D in educational administration and supervision in higher education. Killingsworth served 34 years in the U.S. Armed Forces in the highest enlisted rank of sergeant major. He was also selected as Kappan of the year for Phi Delta Kappa International Utica Chapter #1101, in 2001 and 2008.

Killingsworth is married to the former Mary Ann Braxton. The couple has three children, Kenyetta, Jesse Jr. and Jessica. They have nine grandchildren.

Killingsworth supports the Utica Campus because it has a rich legacy as a Historically Black College (HBCU). 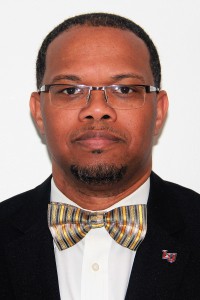 Thrasher was recognized as one of Who’s Who Among Students in America’s Junior College and received awards including First Place Oratorical Contest Winner, Choral Choir Music Assistant Plaque and Annual Choir Appreciation Awards. In recent years, he was the first vice president of the Hazlehurst Branch of the NAACP. He has been awarded an Army Commendation Medal, Iraqi Campaign Medal, Overseas Service Ribbon, Armed Services Reserve Medal with M device and Certificate of Appreciation by Brigade Commander for outstanding logistical support of holiday morale events.

Thrasher supports the Utica Campus because Hinds supported him when he was a student needing help.

George and Julia Walker of Utica have been Friends of the College since 1978. The Walkers share a passion for education and community service. 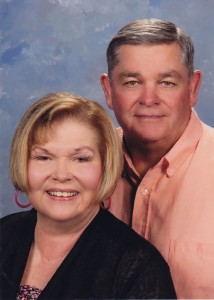 Judy (Julia) Hegwood Walker taught school aged children for many years. She worked as an elementary school teacher, a church school teacher, a bus driver and a minister of music for several Baptist churches. Julia served on Boards for Charleston Opera Company, Friends of Utica, Town of Utica Christmas Parade and the National Night Out Committee. She has a true passion for music and loves to teach others how to play piano and sing. Julia attended Charleston Southern University receiving a B.A. degree in 1976.

George Walker served as volunteer assistant coach at Hinds AHS from 2010 to 2014. He is also a broad member for the Town of Utica, deacon at Utica Baptist Church and member of the Terry Lions Club.

The Walkers have been married 43 years. They are the parents of two children, Mandy and Jason and have one grandson, Roy.

The Walkers support the Utica campus because of the vital role it plays in the community. 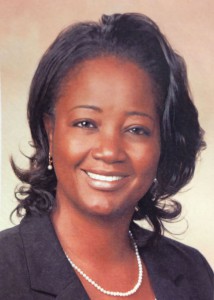 She received academic awards and titles including Ms. Library, Ms. Tri- Hi-Y and Who’s Who Among College Music. She graduated with an A.A. degree in Applied Science in 1984 and obtained a B. A. in Business Administration from Belhaven University in 2003.
Williams currently works in contract management and administration. She is assistant vice president of Sales Management for Trustmark National Bank. From 1995 to 2000 she worked as a manual property rater for Allstate Insurance Company. In 1992 to 1995 she worked as an NAS Adjudicator under a federal employee program.

Williams accredits her professional diversity to her educational background. Her skills and titles include database administrator, customer service, sales and performance management, and human resources.

Williams supports the Utica Campus because of its ability to empower students and prepare them for their futures.