VICKSBURG – For Charles Bryant, a light came on in more ways than one when he was in a vehicle accident on the job, which involved outfitting mobile homes and…
By: Danny Barrett Jr. 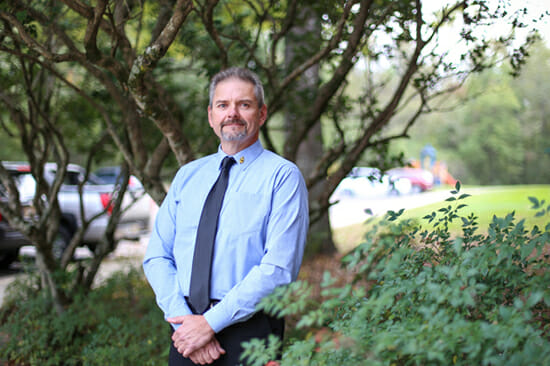 VICKSBURG – For Charles Bryant, a light came on in more ways than one when he was in a vehicle accident on the job, which involved outfitting mobile homes and hauling them across Mississippi.

“We had a wreck in Rosedale in 2016 after I’d stopped alongside the road to air up a tire,” Bryant said. “I could have been killed. After that, the business just didn’t have the same luster. I was having to travel farther and farther. Being on the highway that long each day can get dangerous. I decided it was time to get educated.”

Bryant, 49, a Smith County native who’d moved as a teenager with his family to Vicksburg in 1979, had completed his high school education and went to work as a construction contractor in mobile homes.

“I didn’t want to be tied down to a factory, so contracting seemed like something good and outside the norm,” he said. “After a foundation on a mobile home was set, I came in and did all the drywall, doors, carpeting, windows, everything. I had never pursued a full, formal education in any type of career, so in 2017 I enrolled at Hinds in Vicksburg.”

He quit the road and took up the best available maintenance job he could find.

“After the accident, I started working at a casino and got around some guys who’d worked on industrial equipment like PLCs (programmable logic controllers),” he said. “I became more attracted to the electrical field.” 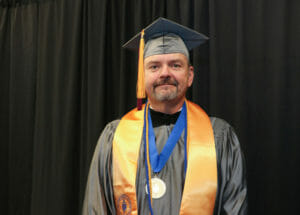 Bryant earned a Technical Certificate in Electrical Technology during fall graduation ceremonies in December. He plans to pursue an Associate in Applied Science in 2020. (Hinds Community College/April Garon)

This semester, he’s balancing a job in maintenance at a local hospital with some impressive achievements in the classroom. He’s attending Hinds on the John & Mabel Loviza Family Scholarship. He was inducted into the Alpha Omega Chi chapter of Phi Theta Kappa and earned a Technical Certificate in Electrical Technology in December.

He plans to pursue a full Associate of Applied Science degree in 2020, then move on to Mississippi State University to pursue a bachelor’s in electrical technology.

The culture shock of being in class with students young enough to be his children hasn’t been too rough on Bryant, himself a father of one adult son.

“I’m in a classroom of mostly young people in their 20s,” he said. “We all push each other to achieve and do things. We tell each other, ‘You can do this!’”

His experience in the workforce for years has been a positive influence on fellow classmates, Electrical Technology instructor Craig Davis said.

“He has worked in the field for a long time, so he came in with knowledge,” Davis said. “He always helps the students when they can’t figure something out with hands-on material or even homework. With him in the room, I feel like there is another teacher here.”

For the time being, Bryant is perfectly content playing the role of student. His eyes widen when he talks about taking Industrial Maintenance courses at Hinds.

“I want to learn how to program PLC’s and other large industrial equipment,” he said. “Robotics is something new. I love learning anything new. It’s amazing how you can type something in a computer and a robotic arm does exactly what you want it to do. My old tools didn’t do that.”