The summit, “Preparing African American Males for Success in the 21st Century,” begins at 10 a.m. Monday, Sept. 14 and ends with a closing plenary session on Tuesday, Sept. 15. All sessions are at Hinds Community College’s Clyde Muse Center on the Rankin Campus in Pearl.

New York Times Bestselling author Wes Moore of Baltimore speaks in a session that begins at 4 p.m. on Monday. 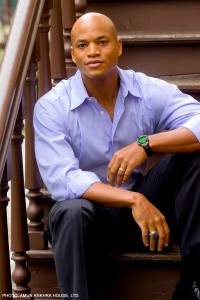 Lt. General Russel Honoré, USA (retired), known for his efforts to restore order in New Orleans immediately after Hurricane Katrina in 2005, speaks on Tuesday at 3:45 p.m. 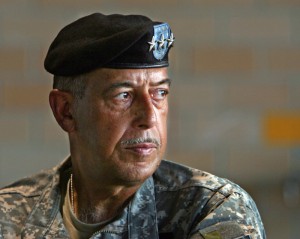 There will be limited general seating for individuals not registered for the summit at the Moore and Honore’ sessions.

Moore, who speaks on Monday, is a Rhodes Scholar, decorated combat veteran and White House Fellow. His book, “The Other Wes Moore,” became an instant New York Times and Wall Street Journal bestseller. It chronicles the lives of himself and another young man named Wes Moore who is serving a life sentence in prison for felony murder. He has written a new book, called “The Work,” which is a series of life lessons.

Born in 1978, Wes and his sisters were raised by their widowed mother. Despite early academic and behavioral struggles, he graduated Phi Theta Kappa in 1998 as a commissioned officer from Valley Forge Military College, and Phi Beta Kappa from Johns Hopkins University in 2001, where he also played football and earned a bachelor’s degree in International Relations. He then became a Rhodes Scholar, studying International Relations at Oxford University.

After his studies, Moore, a paratrooper and captain in the United States Army, served a combat tour of duty in Afghanistan with the 1st Brigade of the 82nd Airborne Division. Wes then served as a White House fellow to Secretary of State Condeleezza Rice. He serves on the board of the Iraq Afghanistan Veterans of America (IAVA), The Johns Hopkins University, and founded an organization called STAND! that works with Baltimore youth involved in the criminal justice system.

Tuesday’s speaker, Honoré, was commander of the Joint Task Force Katrina and Global Preparedness Authority and worked in New Orleans to help restore order. He is chairman of the Louisiana Bicentennial Commission, a board member with the Louisiana Disaster Recovery Foundation and a member of the National Academy of Public Administration.

He is the author of “Survival: How a Culture of Preparedness Can Save You and Your Family from Disasters and Leadership in the New Normal,” which details how to be an effective leader in the 21st century.

The M2M Minority Male Initiative is a grant-funded project based at Hinds Community College’s Jackson Campus-Academic/Technical Center on Sunset Drive. The initiative provides leadership training, career counseling, tutoring, mentoring and opportunities for travel to senior level universities for program participants. The goal is to increase the graduation rate for minority male students