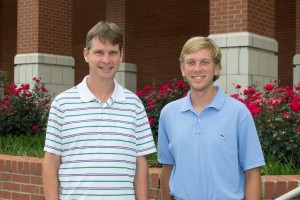 Williams and Burkes have received the Bill Buckner Impact Award, given to outstanding coaches, athletes from the college, high school and middle school levels and volunteers from campuses throughout the state. Both were honored April 28 at the 30th annual Bill Buckner FCA Luncheon in Jackson.

Candidates for the award are chosen based on their heavy involvement in FCA on their respective campuses, as well as their commitment to making disciples in their communities and churches. The award is named for the organization’s longtime director and those recognized for exemplifying the characteristics of dignity, strength and humility.