Decades’ worth of memories on top of theirs flowed freely from the two program pioneers and numerous retired faculty and alumni who reunited Sept. 21 at the Chadwick Drive complex as part of the college’s Centennial celebration. 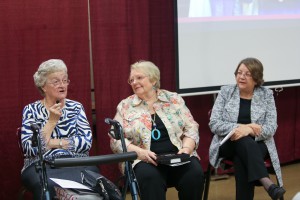 “It’s not often you get to the ground floor of something like this and see it get off the ground,” said Anderson, of Vicksburg, the first dean at NAHC who worked 24 years in the Associate Degree Nursing program. “It’s truly an honor.”

Testimonials to the nursing and allied health programs’ success since the Chadwick Drive facility opened in 1982 highlighted the ceremony, dubbed “Looking Back, Moving Forward”, as did an exhibit displaying the evolution of nursing school equipment through the years. Attendees signed a banner marking the complex’s part in the Centennial. Also, a time capsule was buried and a flowering plum tree was planted near the front of campus to mark the event. Anderson and Sones were presented personalized medallions marking each being among the “100 People Passionate about Hinds” honored at a separate ceremony in August.

“I was so lucky to have been in the right place at the right time when I became an instructor at Hinds Community College,” said Sones, a Kosciusko native and dean of the facility from 1993, when Anderson retired, through 2004. She spent more than 34 years overall at Hinds in various teaching and administrative positions. “I was fortunate to have wonderful people to work with. I learned so much from this lady, Ms. Anderson. I learned how to be an administrator from Bobbie Anderson.” 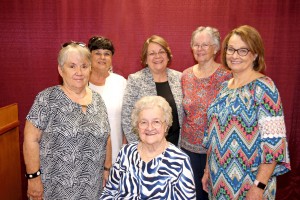 Nursing programs began at Hinds in 1966 with 26 students in one room of the Home Economics building on the Raymond Campus. Eight years later, with Anderson as its director, the program moved to a converted residence on campus and enrollment grew rapidly. It prompted a new home be built, at its current site beside the former Hinds General Hospital, now Merit Health Central.

Anderson remembered the move from Raymond to the current digs taking place over the span of just one weekend.

“Rebecca Tustain had set up our learning lab,” Anderson said. “Those tables in there, they must have weighed at least a hundred pounds. We had called a moving van to move them. She had dared them to have something fall and break.”

Today, the complex consists of the 51,000-square-foot original building which was renamed in 1993 for Anderson, a 33,000-square-foot annex building housing a majority of allied health programs and academic courses, and the Ball Simulation Center, which features five tech-driven labs for training purposes. 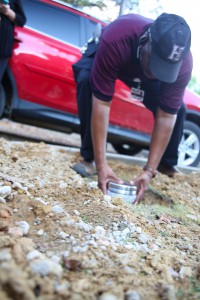 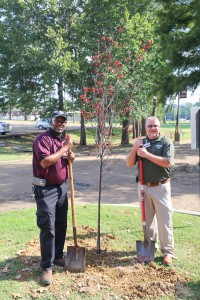 Libby Mahaffey, dean of the facility since 2005. “So, this is all I have ever known at the college.”

“We had three instructors to an office back then at Raymond,” said Kay Jones, retired former Associate Degree Nursing instructor and 34-year employee. “One day we came in, and there were so many books on the shelf that it fell off the wall and the books were on the floor.”

Through physical expansions, the program’s architects and instructors point to the spirit of family at Hinds that has produced the standard of excellence seen in NAHC’s graduates.

“Every day was so enjoyable because of the people I worked with,” Sones said. “It was a wonderful 34 ½ years.”

Dr. Joycelyn Washington, director of Student Services/Counselor for NAHC, served as event chair for the NAHC Centennial event. Dr. Portia Travis, director of the Transition to RN program, presented roses to commemorate the center’s role in the Centennial celebration. Therese Winschel, chair of the Respiratory Care Technology program, and Mike Daniels, facilities manager for NAHC, headed up the time capsule and tree planting. 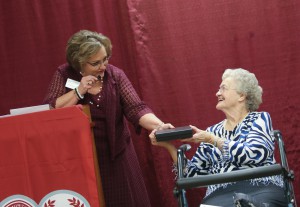 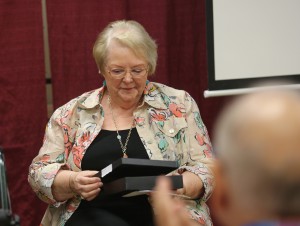 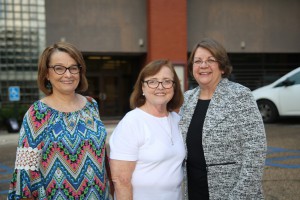 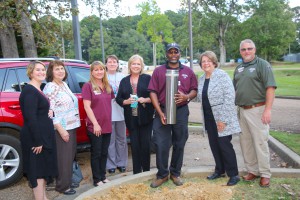