Zachary Lilley of Florence couldn’t let his wife one-up him. Last year Ashley Lilley finished her Associate Degree in Nursing at Hinds Community College so this year it was Zach’s…
By: Cathy Hayden

Zachary Lilley of Florence couldn’t let his wife one-up him. Last year Ashley Lilley finished her Associate Degree in Nursing at Hinds Community College so this year it was Zach’s turn.

“I’ve been an LPN (licensed practical nurse) for five years now,” said Lilley, 29, who, along with his wife, works at the Mississippi State Hospital at Whitfield. “I couldn’t let her be ahead of me.” 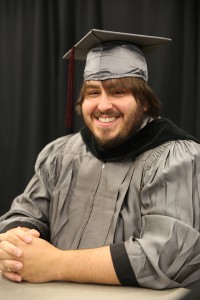 Zachary Lilley of Florence graduated from Hinds Community College on July 29 with an Associate Degree in Nursing.

Lilley commuted back and forth to Hinds’ Vicksburg-Warren Campus for the Transition to RN program and has already begun the RN to BSN (Bachelor of Science in Nursing) at University of Mississippi Medical Center. The couple has three children ages 10 months, 3 and 10.

“It’s stressful. It’s very stressful – but it’s only for a year and you can get through anything for a year,” he said.

But his wife was a true partner. “She could tell me her past experiences what she thought was important and was not so important,” Lilley said. “Getting the kids off when I had clinicals. They had babysitters so I didn’t have to worry about babysitters. She handled all that.”

at the Muse Center on the Rankin Campus. “A good number of our graduates are earning more than one community college credential,” said Hinds President Dr. Clyde Muse. 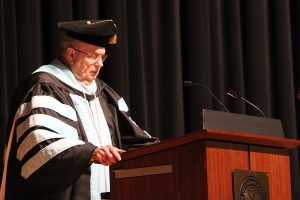 “I suspect if we polled each graduate, nearly all would say they went to college to make things better — for themselves and for their families,” Muse said. “The power of education is that it drives our vision for a better life.  And, while the graduates here today represent a diverse set of circumstances, they are connected by their belief that a community college education is a step up to a broader opportunity to build a better life.”

The speaker for both graduation ceremonies was Dr. Ed Davis, director of the doctoral program for Rural Community College leaders at Mississippi State University. 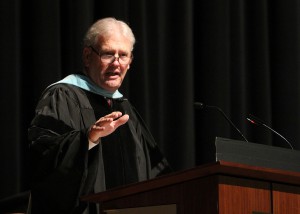 Jeffery Walters of Jackson received a certificate in the paramedic program. At age 49, he already works for AMR in Jackson. 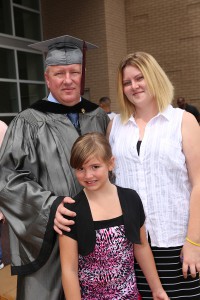 Jeffery Walters of Jackson received a certificate in the paramedic program. At age 49, he already works for AMR in Jackson. Celebrating with him are his daughter, Lacey Walters and granddaughter Karri Walters.

“It is difficult — difficult but rewarding would be the best way to describe it,” he said. “It was difficult finding time to study because I did work fulltime at the same time.

“I told myself that, as old as I am, that after I got out of EMT school I am done with school, too old. But family, friends and coworkers finally talked me into coming back and stepping on up,” Walters said.

One of the happiest people at summer graduation had to be Lotoya Patterson of Vicksburg, who received her practical nursing degree at age 30.

“This was an emotional roller coaster but I thank God because if it wasn’t for him I wouldn’t be here,” she said. “When they say rigorous it was very rigorous. But I thank God because they prepared us to get ready for the world, to be in the hospital showing us what we have got to be prepared for. I’m really thankful to have come to Hinds Community College because their program is very rigorous.” 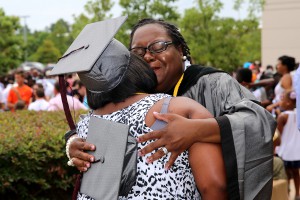 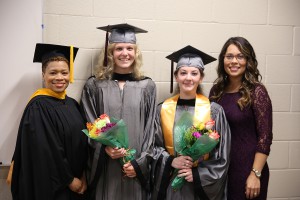 Chelsi Pearce and Lauren Sikorski, both of Brandon, holding flowers received their degrees in medical lab technology from Hinds Community College on July 29. With them are their instructors, LaJuanda Portis, far left, and Amber Reulet, far right. 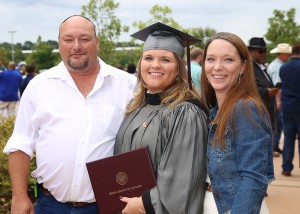 Kathryn Beckham of Brandon received a degree from Hinds Community College in dental assisting on July 29. With her are dad Vernon Beckham and stepmom Leslie Beckham. 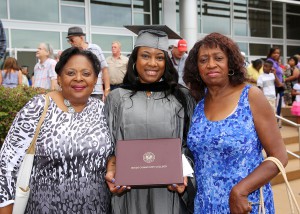 Ashley McIlroy of Jackson graduated from Hinds Community College on July 29 with a practical nursing degree. With her are aunts, JoAnn Johnson, left, and Dorothy Dupree, right. 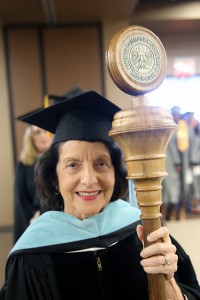 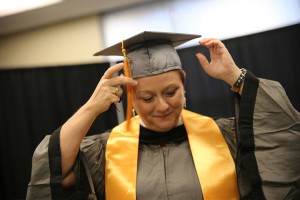 Kimberly Denny of Vidalia, La., commuted across the Mississippi River to attend classes at the Vicksburg-Warren Campus. At age 47 she received her Associate Degree in Nursing, a journey she started when she was 18. Now with two daughters, 21 and 26, she decided it was “my time. I can do it for me, not for them,” she said. 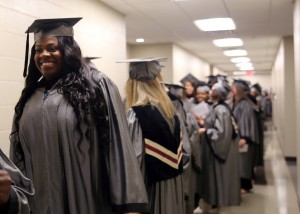 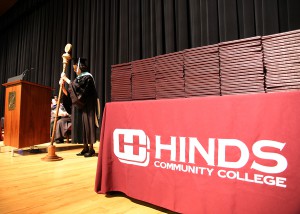 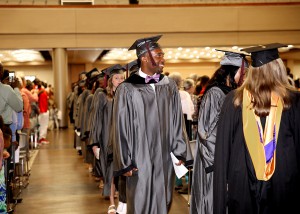 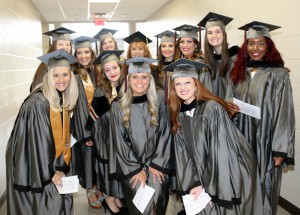 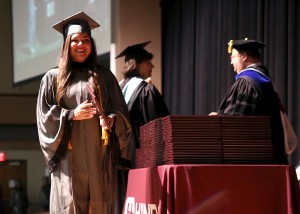 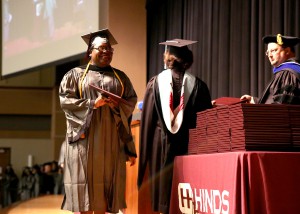 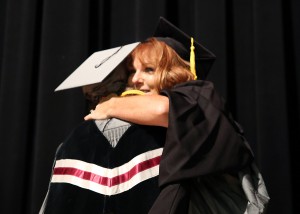 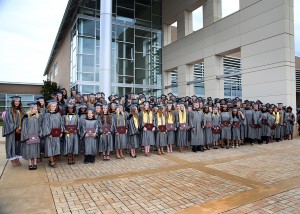 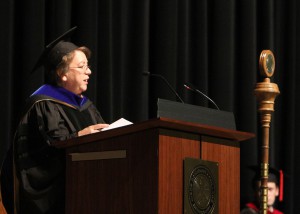 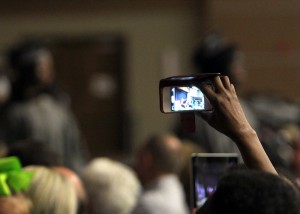