Five in running to be 2018 homecoming queen
By: Danny Barrett Jr.

RAYMOND – Hinds Community College celebrates Homecoming Thursday, Oct. 18 with the presentation of the Homecoming Court and naming of the queen during the halftime of the game between the Hinds Eagles and the East Central Community College Warriors. Kickoff is at 7 p.m. on Gene Murphy Field at Joe Renfroe Stadium on the Raymond Campus. 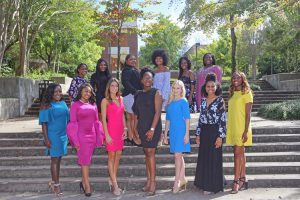 The women in the running for queen are sophomores Daughtery, Derrick, Dunbar, Rester and Rollins.