RAYMOND – The Hinds Community College Music Department will present a series of concerts in April in celebration of the college’s 100th anniversary this year. The first, on Tuesday, April…
By: Danny Barrett Jr.

RAYMOND – The Hinds Community College Music Department will present a series of concerts in April in celebration of the college’s 100th anniversary this year.

To be featured by concert players includes “Rhumba Sincopada” by James Ployhar, music from the film “How to Train Your Dragon” and an arrangement of Gustav Mahler’s “Symphony #3.”

The percussion ensemble will perform “Three Brothers” by Michael Colgrass and “Ruska” by Apocalyptica. Steel Band players will do five pieces, “Pepita’s Dance”, by Julie Hill; “Flag Woman”, by Aldwyn Roberts and arranged by Lisa Rogers; “Volcano”, by Buffett, Sykes, Dailey and arranged by Kirk Gay; “Mo Java”, by Lalo Davila; and “Sunset”, by Len “Boogsie” Sharpe and arranged by Evan Brubaker. 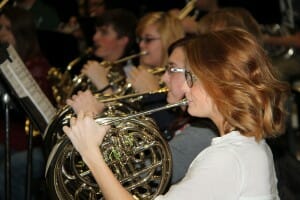 The second, on Thursday, April 6, features the Hinds Wind Ensemble, Percussion Ensemble and the Delta State University Wind Ensemble. Both are free and open to the public and start at 7 p.m. in Cain-Cochran Hall on the Raymond Campus.

“We are pleased to host Drs. Richards, Armstrong and the Delta State Wind Ensemble for this momentous occasion,” said Shane Sprayberry, chair of the Music Department and Director of Bands at Hinds. “Many Hinds graduates have been a part of the band at DSU over the years and it’s only fitting that they join us in this celebration.”

Commissioned specifically for the college’s yearlong Centennial celebration is “Beneath the Magnolias,” to be premiered April 6 by the Hinds Wind Ensemble. The piece is composed by Hinds and Mississippi College alumnus Warren Ertle, a Terry native and budding composer. 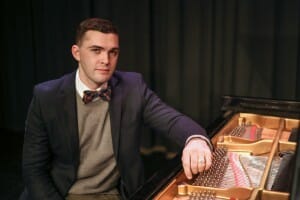 Other works on the April 6 program include compositions by Claude T. Smith, John Philip Sousa, Percy Grainger and Ola Gjeilo.

Members of the Hinds band have continued a rich tradition of excellence during and after their education. That includes participation in USA Honor Band, All-South Honor Band and the Mississippi All-State Lions Band, as well as memberships in internationally-known drum corps such as Phantom Regiment, Spirit of Atlanta, Blue Devils, Blue Coats, Cavaliers, Carolina Crown, Troopers and Madison Scouts, among others.

Performances by Hinds’ bands and ensembles in recent years includes the Percy Grainger Wind Band Festival in Chicago in 2012, the 70th anniversary of D-Day in 2014 in Normandy and Paris, and various other performances in cities all over the world.

The band department at Hinds offers generous service awards to all talented musicians. In addition, students may audition for Music Major scholarships. For more information on scholarships and auditions, contact Sprayberry at 601.857.3273 or at jssprayberry@hindscc.edu, or visit www.hindscc.edu/band.