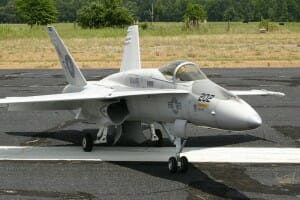 The three-day event at the airport in Raymond, open to the public at $5 per vehicle, will feature pilots from across the nation and at least one as far away as Alaska, said event director Vernon Montgomery of Clinton. “It’s a really nice spectator event,” he said.

Spectators can purchase a variety of food on site, including hamburgers, hot dogs, French fries, chicken plates and soft drinks.

The rally is the college’s major scholarship fund-raiser for the aviation department housed at John Bell Williams Airport. The programs include aviation maintenance technology, aviation technology, commercial flight school and the unmanned aerial systems school. Students can receive a two-year associate degree in any of the programs, allowing them to work in the aviation industry. The four programs enroll approximately 75 students.

The scholarship fund fueled by the 13th annual rally, hosted at John Bell Williams Airport, generates approximately $5,000 to $7,000 in student scholarships. The funds generated by this event over the last 12 years have allowed for the creation and endowment of a scholarship by the Mississippi Afterburners.

Pilots at the rally will perform maneuvers with their turbine-jet propelled radio-controlled models many of which are museum scale models flying at speeds of up to 200 miles an hour, Montgomery said.

The physical address for the airport is at 4100 Airport Road, Bolton, MS 39041. It’s just off Clinton/Raymond Road almost halfway between Clinton and Raymond.

For more information contact Hiram Haney at John Bell Williams Airport at 601.857.3884 or Vernon Montgomery at 601.955.3826 or visit http://mississippijets.org/afterburner/