RAYMOND – Entering a program of study in math and science is making Donald Hughes’ career plans run as smoothly as the mockup Mars rover he helped build with some…
By: Danny Barrett Jr. 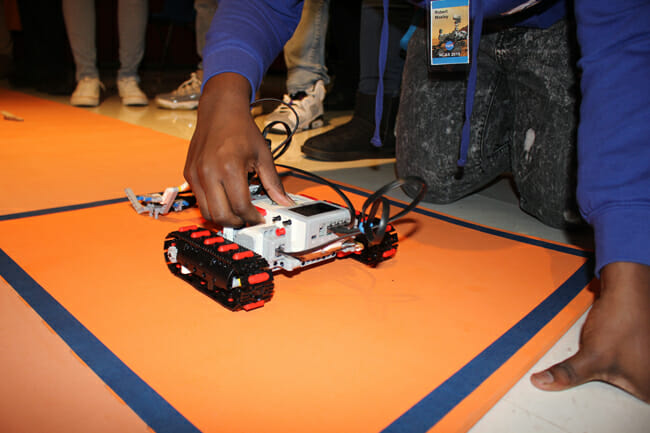 RAYMOND – Entering a program of study in math and science is making Donald Hughes’ career plans run as smoothly as the mockup Mars rover he helped build with some classmates.

Hughes, of Jackson, had taken college-level coursework in high school but didn’t know what kinds of doors could open for him in the STEM fields until he arrived at Hinds Utica Campus. The acronym represents areas of study in science, technology, engineering and mathematics. 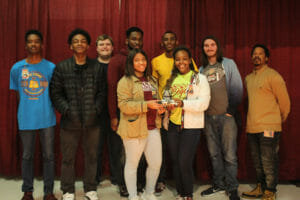 “I was able to take college algebra and college trigonometry before I got here, but being in this program broadened my perspective of the entire STEM field,” Hughes said. “There’s a lot more involved with it than just science. There’s a technology aspect to it, plus engineering.”

Hughes and about three dozen other Hinds students in STEM fields took part in NASA Community College Aerospace Scholars (NCAS) On Campus events on the Utica and Raymond campuses Feb. 17-20. One event was a robotics competition where four teams of students designed and programmed a miniature Mars rover.

Hughes and Aaliyah Hill, a Utica Campus freshman student from Waynesboro, were on opposing teams but had the same goal – to get their rovers to perform without error some of the same maneuvers done by the real ones sent by NASA to investigate the Red Planet.

“My major is veterinary medicine and have always been intrigued by science,” Hill said. “I’ve always loved animals, biological functions and how the body works. So, it’ll be exciting to work where I can be around that.”

Students also took a field trip during the four days of events, to NASA’s Michoud Assembly Facility in New Orleans. They toured the 832-acre facility and heard from experts in NASA’s spaceflight systems. 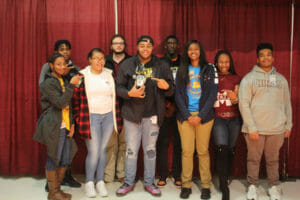 During the closing program, held on at the Bobby G. Cooper Fine Arts Building on the Utica Campus, U.S. Rep. Bennie Thompson on the growing importance of STEM careers, especially those that involve mastery of technology.

“Most of you are already not intimidated by technology,” Thompson said. “And that is absolutely where we’re going in this country now. The day of doing something only manually is pretty much gone. You have to exercise your mind and I encourage you to keep going in that direction.”

Hinds’ Utica Campus was among five other minority-serving community colleges in three states chosen for the initiative, which is part of pilot activity by the National Space Grant Consortia and NASA’s Minority University Research and Education Project (MUREP). The effort, called NASA On Campus, is a campus-based adaptation of the successful NCAS program, which gives STEM students in two-year colleges an authentic NASA experience at a NASA center.