PEARL – Thomas Eade was close to taking another step in his education, but didn’t know it until recently. “My wife had gone back to school and finished, plus people…
By: Danny Barrett Jr. 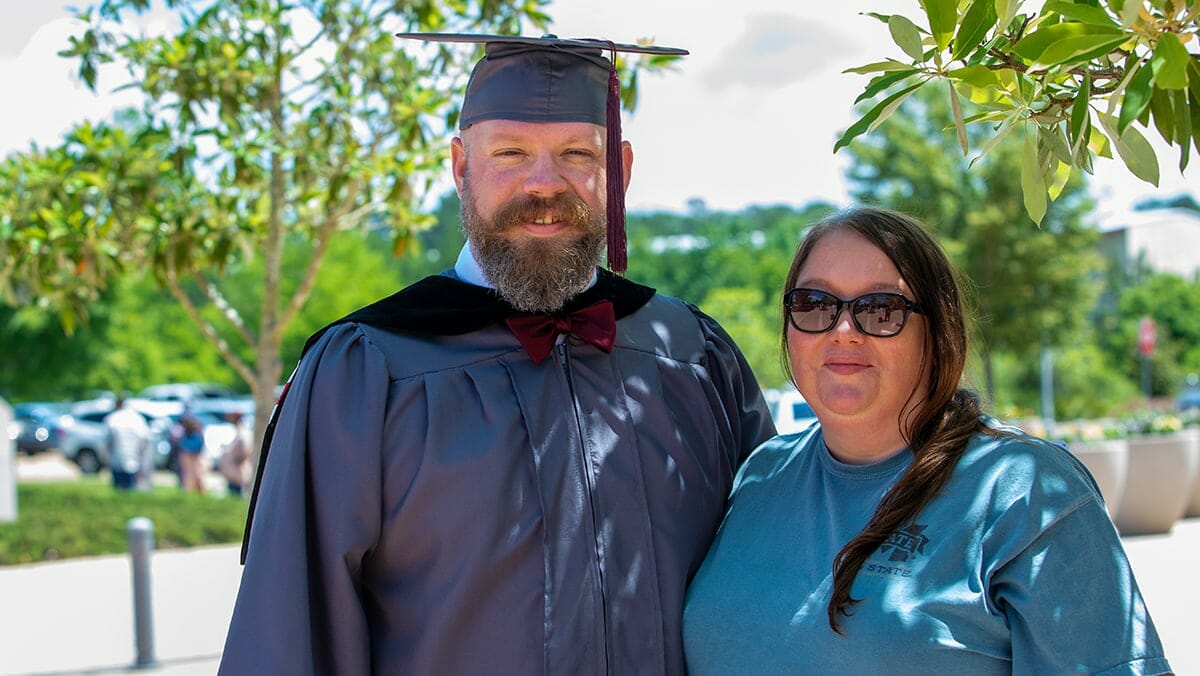 PEARL – Thomas Eade was close to taking another step in his education, but didn’t know it until recently.

“My wife had gone back to school and finished, plus people had always asked me about going back,” Eade said. “I got with Hinds and found out I was just 13 credits short of an associate’s and thought, ‘Wow, that’s only a semester.’”

Fast-forward just a year, and Eade, 42, of Brandon, found himself earning a well-deserved associate degree he plans to parlay into a bachelor’s in healthcare administration at Jackson State University.

“I had been in healthcare 22 years, first as an ER tech and then as a cast tech in sports medicine,” Eade said. “I’ve worked as a sleep technician as well, but healthcare administration is something I’ve wanted to get into.”

Hinds Community College held three graduation ceremonies on Thursday, May 13 at the Rankin Campus and a fourth ceremony on Saturday, May 15 at the Utica Campus. All four ceremonies were for graduates only. Family and friends were able to view the ceremonies via livestreaming.

Eade was among nearly 1,000 students participated in one of the four ceremonies, including students eligible to participate in previous ceremonies cancelled because of the COVID-19 pandemic. In total, Hinds graduated 1,761 students.

This year, for the first time, graduating students were tapped as speakers, including for the invocation.

Chase Ezell, of Brandon, was one of the student speakers.

“In addition to changes in our education, we have all had to deal with being unable to see our extended families during holidays, birthdays, and events like this one today,” he said. “And sadly, some students who started out in classes with us at Hinds are not here today because the virus caused issues that made it impossible for them to continue their education. But, for those of us here today, we made it. We persevered and we shared this unique experience.”

“We want to fulfill our mission of helping you find your purpose, your passion and also your profession,” Hinds President Dr. Stephen Vacik said. “It’s not enough for us to educate this generation. We need you to stay here and help make Mississippi the very best it can be, to make our culture the very best it can be.”

Alexandria Amos was first in line to secure her place in line among fellow graduates.

Amos, of Star, has been used to moving quickly of late – she was among many in the Rankin County community along Hwy. 49 affected by tornadoes and severe weather in central Mississippi earlier this month.

“We made out alright in the bad weather,” Amos said. “And I’m earning my degree in business administration today.”