RAYMOND – Going off the beaten path when choosing a career came easy for several Hinds Community College students graduating this semester. Bryce Still, of Brandon, knew the importance of…
By: Danny Barrett Jr. 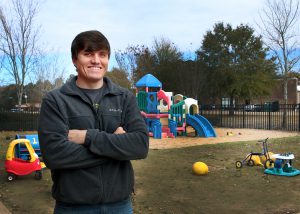 Bryce Still, of Brandon, knew the importance of a college degree but needed some time to see where his passion could do the most good.

“I was unsure what I wanted to do coming out of high school,” said Still, among 885 students who will earn credentials from Hinds Community College during fall graduation ceremonies Thursday.

Still, 23, earned an associate degree from Hinds in general studies right out of high school but returned to the college to enter the Early Childhood Education Technology program on the Rankin Campus. He took lessons in firm but patient manner when dealing with young children from his mother, who has run Miss Mandy’s Christian Daycare & Kindergarten in Brandon for about 25 years. An older sister, Candice, also earned a degree in early childhood education and works for their mother. 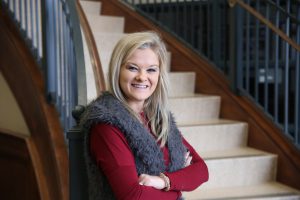 “I’ve seen how you can set an example for a positive life for kids at such a young age,” he said, adding he plans to build his own after-school daycare business. “Some kids come from a rough household. Many don’t have fathers at home, too. But when they’re with you for about eight hours a day, you can change their lives in a positive way and allow them to interact with other young children.

Janie Woodard, of Raymond, began college studying nursing, then decided the business world might be more her speed.

“I kept going back and forth on whether to just go for business, because I love numbers and have always wanted to run my own business,” Woodard said.

“I’ve made Deans’ List and President’s List since I’ve been in the program. I hope to have my own clothing and jewelry boutique.” 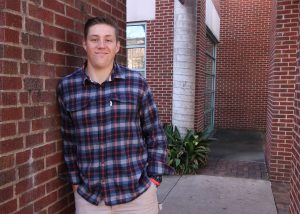 Brock Thompson, of Flora, plans to run a different route than ones drawn up in the locker room during his time as a tight end on the Eagle football team. His next game plan in life is a career in healthcare.

“My aunt, who is a lab nurse, has had a big influence on me with it,” Thompson said. “I imagine I’ll specialize in critical care nursing or try an orthopedic field.”

The college will confer 1,275 credentials to the 885 students set to graduate in three ceremonies inside the Muse Center on the Rankin Campus. All nursing and allied health graduates will receive their degrees at 9 a.m., with commencement for academic and career-tech graduates to follow in separate ceremonies at noon and 3 p.m.

Dan Fuller, an English instructor at the Utica Campus, is the speaker for all three ceremonies.