Hinds CC English students assist in editing their own textbook

RAYMOND – Imagine being a student and having a say in what goes into the textbook used in your English class. Sounds like a bookworm’s daydream? A staff of three…
By: Danny Barrett Jr.

RAYMOND – Imagine being a student and having a say in what goes into the textbook used in your English class.

Sounds like a bookworm’s daydream? A staff of three students have lived that dream for a few semesters and will contribute to a text that English Composition students in all Mississippi community colleges can use. 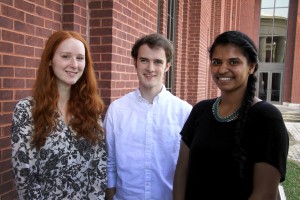 From left, Victoria Mulqueen, Will Stribling and Navdeep Kaur

“We deliberately wrote these books so they were aimed at a student audience – not a graduate student audience, not seniors who are English majors, but freshmen and sophomores in colleges, particularly in community colleges,” said Laura Hammons, an English instructor at Hinds Community College Raymond Campus and chief editor on “For Our Students.”

Hammons, of Brandon, an English instructor at Hinds for 16 years, and Beverly Fatherree, of Raymond, a retired 35-year English teacher, are chief editors and Hinds’ contributors to the book, first published in 2009. Editors and writers from seven of Mississippi’s 15 community colleges contributed to the book’s second printing, in 2011.

The book, which has retailed for about $36, stands as an equal to any Composition I or II textbook, with sections that prepare students for clear, professional pieces even before the first word is written. Early sections cover concepts of time management, considering who the readers might be and how to discern accurate information in a tech-driven world. Citation styles seen most often in college composition classes, such as APA and MLA, are covered in separate parts. Proceeds from sales of the book go to support Two-Year College English Association of Mississippi, which promotes collegiality and best practices with instructors on the junior and community college level.

A third edition is now underway with the help of some of the same students who used the text in class.

“The book has everything written in a conversational tone,” said Victoria Mulqueen, a sophomore from Clinton taking 26 credit hours of classes on her way to working at a major publishing house someday. She is the lead student editor on the project for book’s student team.

“I did a lot of grunt-work proofreading student essays for specific categories, like compare-contrast or cause-effect, and heavy editing of the chapters,” Mulqueen said. 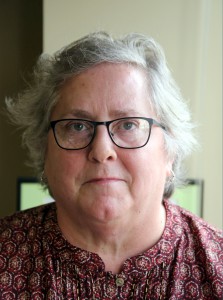 Hammons leaned heavily on Victoria “to help me with day-to-day management of the book, such as the forms we look up and who’s doing what and why,” she said.

Will Stribling, a sophomore journalism student from Vicksburg, has sharpened his writing and editing skills while working on the textbook.

Stribling’s desire to do just that outside the classroom has already resulted in a few real-world writing gigs, including internships at weekly and daily newspapers.

Navdeep Kaur, a sophomore from Clinton, isn’t going into literary field when she graduates. Still, editing the textbook with her instructors and two classmates has improved her command of language arts.

“It’s not related to the field I want to go into at all – I want to be a dentist,” Kaur said. “But Ms. Hammons read one of my papers and she invited me to come by and edit with her. I did it just for the sake of helping her. I realized it’s helped me as a writer and with other skills discussed in the book, such as writing resumes.”

An electronic version is possible with the third edition, due out this year. The textbook’s cost relative to other class texts – which can add up to nearly $1,000 for the average student who purchases brand-new editions of their materials – will remain low, they said.

“That was what drove us to write the book – the price,” Fatherree said. “Composition textbooks can cost almost $200. The two goals were to create a textbook that was reasonably priced and would speak to the kinds of composition that are generally taught in community colleges in Mississippi.” 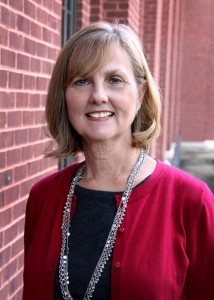 Authors of the book added sections to reflect changes in the literary section and the two major citation styles, among other items. Fatherree is credited by her Hinds colleague for writing the glossary.

“This third edition just carries that further,” she said. “For example, MLA style has changed again. And technology has changed just since the second edition.”

It’s been a dream for student and instructor alike to put the book’s upcoming edition together.

“I had Comp I with Ms. Hammons and the new edition had to come out soon,” she said. “I took that opportunity since I wanted to edit books and novels for a living. She’s a great teacher and I wanted to help her.”

“This book has an impact upon thousands of people,” Hammons said. “You can’t get more wonderful than the three young people sitting here.”