JACKSON – For years, when people asked Dr. Mary Ann Greene what she did for a living, her answer spoke to the lives she helped to nurture to a solid…
By: Danny Barrett Jr.

JACKSON – For years, when people asked Dr. Mary Ann Greene what she did for a living, her answer spoke to the lives she helped to nurture to a solid footing in school and life.

“I always answered, ‘I work for the little children, and Hinds pays my salary’,” she said.

That selfless service to the children of the community was recognized Friday, March 31 when Hinds Community College honored Greene, of Clinton, who retired from Hinds in 2016 after 33 years in multiple roles in the college’s Early Childhood Education Technology program, by renaming the program’s building on the Jackson Campus-Academic/Technical Center in her honor. 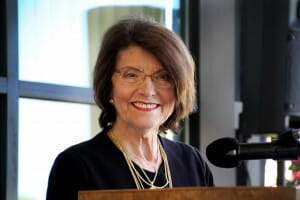 “This moment in time is much bigger than I am,” said Greene, during the program as she thanked Hinds President Dr. Clyde Muse, Dr. Leroy Levy, dean of the campus, her husband, Dr. Roger Greene, a professor of Christian Studies at Mississippi College, family and friends. “This moment in time is for the Early Childhood faculty and staff, and, finally, our graduates, who are changing children’s lives forever.”

The event was held as part of Hinds’ yearlong celebration of the college’s 100th anniversary.

“I think it is most appropriate that we are here today during our Centennial naming this building after a lady who has dedicated her life to serving others,” said Jackie Granberry, executive director of the Hinds Community College Foundation. “Because of the love and devotion she has shown to the little children and to those teaching the little children, her legacy will live on.” 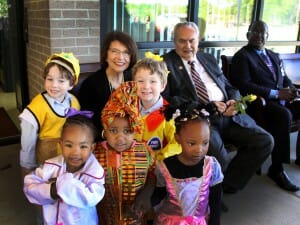 Greene served the campus as an instructor, Early Childhood Education program chairperson and director of the Laboratory Child Development Center. The building that now bears her name was built in 1998 and houses all the program’s curriculum-specific classrooms and office space.

“She’s one of the pioneers in Early Childhood Education in the state of Mississippi,” said Muse. “She spent over 30 years building this program here, from scratch.” 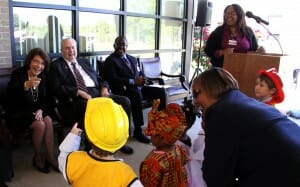 Her influence on education programs for children in Mississippi and regionally is extensive, having led numerous workshops for the Mississippi Department of Education and coordinated programs for Early Education Week for the agency, as well as for state education departments in Alabama and Florida. Her civic life has included serving as president of the Friends of the Clinton Library and Clinton Music Club. She is a past vice president of the Mississippi College Faculty Wives Club.

“We cannot think of a much more deserving individual to have a building named after,” said Levy, during the program, held under the drive-up to the facility featuring Greene’s former coworkers and, in one case, a student who went on to work for her.

“Upon graduating from Hinds in 2009, I stated that one day, I would love to come back and work for you,” said Gayle Miles, a lab assistant at the Early Childhood Education Lab. “As you can see, the dream became a reality.”

The program featured several other lighthearted moments in honor of Greene, who “did things extraordinary,” said Dr. Ericka Davis, who succeeded Greene as director of the program at JATC.

During her address, Davis showed several items her coworkers knew her by, including a coffee mug and a short, stubby pencil. 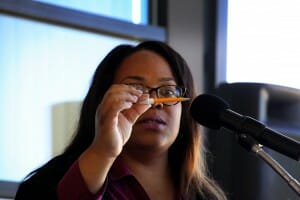 Dr. Ericka Davis, director of the Early Childhood Education program at Hinds Community College Jackson Campus-Academic/Technical Center, shows a small pencil to attendees of a ceremony March 31 to name the program’s building for her predecessor, Dr. Mary Ann Greene. Davis showed the pencil and other items as an example of items Greene used frequently during her 33 years at Hinds. (Hinds Community College/Tammi Bowles)

“Every file folder in my office is a hand-me-down from when Dr. Greene was in my office,” she said. “These are the things she left behind, but it’s also things that move us forward as we continue to be a beam of light in our community and in the lives of students and children we serve.”

Greene was also honored by some of the children in the Early Childhood Technology program, who expressed their appreciation in the form of an oft-repeated quote from literature.

“Dr. Greene, I may forget what you said, but I will not forget how you made me feel…loved,” they said, after which she hugged her tiny bosses one more time. 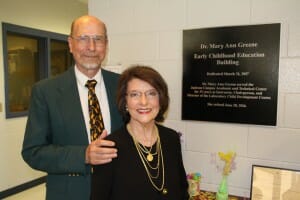 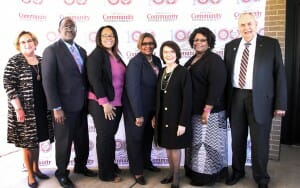 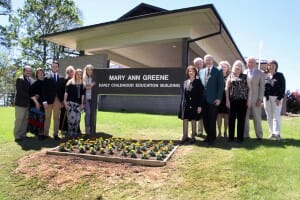