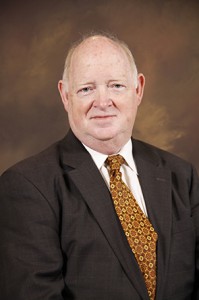 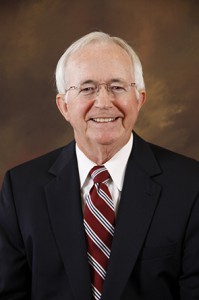 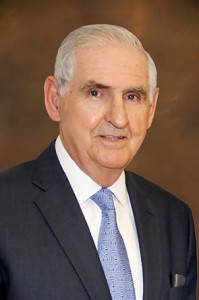 Dr. Lynn Weathersby opened his first convocation as newly elected president of the Hinds Community College 13-member Board of Trustees on Jan. 6.

Additionally, Donald Oakes of Vicksburg has been appointed as a trustee by the Warren County Board of Supervisors. Oakes formerly served on the board.

Weathersby replaces as president Robert Pickett of Vicksburg who died on Nov. 10.  Pickett had served on the board since 1994 and had been president since 2008.

A graduate of Hinds, Weathersby has served on the board since Jan. 1, 2000.

“As an alumnus of Hinds, I am especially gratified to serve the institution that was first responsible for my transition to adult life and to a career of public service, as an educator and as an elected county official,” Weathersby said. “I believe that Hinds has earned its reputation for being a flagship higher education institution because its faculty, staff and administration are committed to meeting the needs of individuals and the communities in its service district.”

Breazeale, a native of Neshoba County, attended East Central Community College and has bachelor’s and master’s degrees from Mississippi State University.  He has been a Hinds trustee since June 2004. A certified public accountant, Breazeale served an eight-year term on the Mississippi Board for Community and Junior Colleges and was chairman for two years. He is a member of the Mississippi Ethics Commission.

“I look forward to working with Dr. Weathersby and Hinds President Dr. Clyde Muse in ensuring that our students are provided the very best educational opportunities.  More specifically, and to better serve our community, I am especially interested in enhancing our workforce development and job training efforts,” Breazeale said.

Oakes retired as superintendent of the Vicksburg Warren school district in June 2003. He graduated from Hinds in 1960 and received bachelor’s and master’s degrees from the University of Southern Mississippi in 1962 and 1968.

He began his career as a teacher and coach in the Warren County school system and worked his way up through the ranks as an assistant principal and principal.