RAYMOND – The Muse Center at Hinds Community College Rankin Campus will have four spring graduation ceremonies for spring 2019, starting Wednesday, May 15 and continuing through Saturday, May 18. 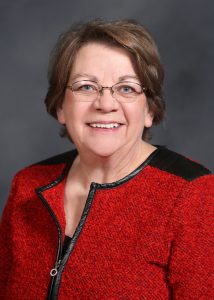 Dr. Libby Mahaffey, dean for Nursing and Allied Health programs, will speak to nursing and allied health graduates for the first ceremony, at 2 p.m. May 15. Dr. Theresa Hamilton, vice president for the Raymond Campus and the Jackson Campus-Nursing/Allied Health Center, will speak at the three ceremonies for academic and technical graduates. Former Mississippi congressman Mike Espy will speak to graduates of the Utica Campus at a ceremony 9 a.m. May 18 at Boyd Gymnasium.

Mahaffey has worked at Hinds 37 years, teaching more than 22 years in the Associate Degree Nursing program. She has served as dean for all nursing and allied health programs since 2005. In the job, she is responsible for 12 nursing and allied health programs and the operation of the Nursing/Allied Health Center. She holds a master’s degree in psychiatric-mental health nursing with a cross-cultural emphasis and teaching focus and a doctorate in adult education, both from the University of Southern Mississippi. Her bachelor’s degree in nursing is from Mississippi College. 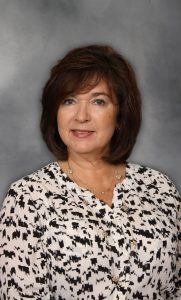 Hamilton has worked at Hinds 11 years in her current position. She is coordinator for academic transfer programs and learning resources throughout the Hinds district, daily manager for the Raymond and Nursing Allied Health Center and plans and executes faculty convocation.

Previously, she worked for Calhoun Community College in Alabama for 26 years, including as vice president for instruction and student services just prior to coming to Hinds.

Espy is a private sector attorney, counselor and agricultural adviser and has two law and consulting firms, Mike Espy PLLC and AE Agritrade Inc. He serves on the board of Cultivating New Frontiers in Agriculture, in Europe and North America, and is a member of the United States Agricultural Coalition for Cuba. He was also a candidate for the United States Senate in Mississippi in 2018. 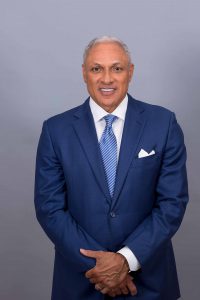 He was elected in 1986 to represent the Mississippi’s Second Congressional District in the U.S. House of Representatives, the first African-American to serve the state in Congress since Reconstruction. In 1993, he was appointed Secretary of Agriculture.

He earned a bachelor’s degree from Howard University, Washington, D.C. in 1975, then received a law degree from the University of Santa Clara, in California, in 1978.