RAYMOND – Hinds Community College will have four graduation ceremonies for spring 2017, starting with three on Friday, May 12 at the Muse Center on the Rankin Campus, at 8…
By: Danny Barrett Jr.

RAYMOND – Hinds Community College will have four graduation ceremonies for spring 2017, starting with three on Friday, May 12 at the Muse Center on the Rankin Campus, at 8 a.m., 11 a.m. and 3 p.m. The fourth is 2 p.m. Sunday, May 14 at the Utica Campus, inside J.D. Boyd Gymnasium. 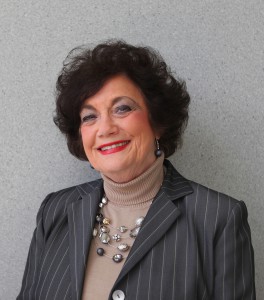 Castleberry has served her current role at Baptist for 17 years and has worked at the facility for 50 years altogether. She earned a Diploma Degree in Nursing from the Gilfoy School of Nursing in 1963 and worked in a variety of positions in multiple hospitals for more than a decade before returning to school. Her career at Baptist began in 1965 as a charge nurse and became a head nurse in the coronary care unit within five years. Prior to her current position, she served as clinical nursing director. She holds an Associate of Arts degree from Hinds and a Bachelor of Science in Nursing degree from Mississippi College. Her master’s degree in nursing is from the University of Mississippi School of Nursing.

She is a past president of the Mississippi Organization of Nurse Executives and Nurse Managers and for more than 40 years has helped coordinate the Mississippi Student Nurse Externship program. She received the State Nightingale Nursing Excellence Awards as a Mentor of the Year and Hall of Fame. She attends Morrison Heights Baptist Church in Clinton. 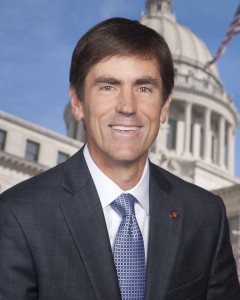 Hopson represents District 23 in the Mississippi State Senate, covering Warren, Issaquena and Yazoo counties. First elected in 2007, he chairs the Energy Committee and is vice chair of the Appropriations Committee. He also sits on the Education, Judiciary A, Public Health, Tourism, Accountability, Efficiency and Transparency, Environmental Protection, Conservation and Water Resources, and Universities and Colleges committees in the chamber.

He is president of The Mississippi Bar and is also a member of the Louisiana State Bar Association, the International Association of Defense Counsel and the Southeastern Admiralty Law Institute. He holds a Bachelor of Business Administration degree and Juris Doctor degree from the University of Mississippi. A partner in the Vicksburg law firm of Teller, Hassell & Hopson LLP, he holds a peer-review rated “AV Preeminent” Martindale-Hubbell lawyer rating agency. He is a past chairman of the United Way Board of Directors and Good Shepherd Community Center, and has served in several roles for the American Heart Association, American Cancer Society, Mission Mississippi and the Mississippi River Trail, among other organizations. 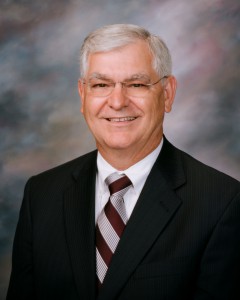 He is a past member of several state and national education organizations, including the Council of State School Officers, the American Association of School Administrators, the Association of Curriculum Development and Supervision and the National Council for Accreditation of Teacher Education, among others. In 2015, he was recognized as Alumnus of the Year at Hinds. He holds a bachelor’s degree in Business Administration and a master’s degree in School Administration from Mississippi College and a doctorate in Curriculum and Instruction from Delta State University. 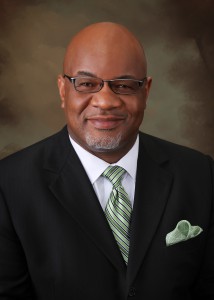 Bynum was named president of MVSU in 2013. Prior to his appointment, he was vice president for Enrollment Management & Student Services at Morehouse College, in Atlanta, for four years, vice president in a similar role at Lincoln University, in Pennsylvania, for nine years, and associate vice president and dean of students at Clark Atlanta University for seven years. He earned a Bachelor of Arts degree in Sociology at Davidson College, in North Carolina, and was later certified to teach Social Studies and Mathematics and North Carolina and Georgia. His master’s and doctorate degrees in Sociology were earned at Duke University.

A Rocky Mount, N.C. native, Bynum has served as a Covington Distinguished Professor of Sociology in his research and teaching career, which has included positions at Georgia Tech, Duke University and Durham and Edgecombe community colleges. His publications include a co-authored article with colleagues at Duke in the sociological journal Social Forces and a chapter in the book “Exploring the African American Experience.” His career in education began as a teacher, football and wrestling coach in Rocky Mount, N.C. and DeKalb County, Ga.