RAYMOND – Fall graduation ceremonies are set for Dec. 13 at the Muse Center on the Rankin Campus as students earn credentials from Hinds Community College. 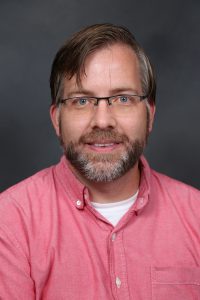 The college will confer 1,275 credentials to 885 students set to graduate in three ceremonies. All nursing and allied health graduates will receive their degrees at 9 a.m., with commencement for academic and career-tech graduates to follow in separate ceremonies at noon and 3 p.m.

Dan Fuller, an English instructor at the Utica Campus, is the speaker for all three ceremonies.

Fuller, of Raymond, holds master’s and bachelor’s degrees in English from Mississippi College and a master’s in theological studies from Brite Divinity School, at Texas Christian University. He is pursuing a Ph. D. in composition and rhetoric from Old Dominion University.

Among numerous contributions to the college include his current chairmanship of the Humanities Division and being a past chair of the English Department, from 2015 to 2018. In 2016-17, Fuller was instrumental in the Utica Campus securing a grant from the National Endowment for the Humanities aimed at Historically Black Colleges and Universities (HBCUs). The effort, “Black Man’s Burden: William Holtzclaw and the Mississippi HBCU Connection,” produced a yearlong lecture and discussion series based on the man who founded Utica Junior College, among other opportunities for development for faculty and students.

Fuller has been named the college’s faculty honoree for the Legislature’s HEADWAE (Higher Education Appreciation Day – Working for Academic Excellence) program for 2018.