Note: The following story is from the Winter 2016 issue of Hindsight alumni magazine. For Dorothy Davis Miley, Hinds Community College is like family. She demonstrates in many ways that…
By: Cathy Hayden 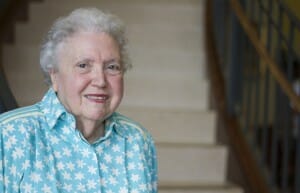 Note: The following story is from the Winter 2016 issue of Hindsight alumni magazine.

For Dorothy Davis Miley, Hinds Community College is like family. She demonstrates in many ways that her love and commitment to the college run deep.

The Robert Miley Endowed Scholarship was established in memory of her husband in 1992.

Miley began planning the addition of the three new scholarships in 1993 with an investment she gave to the Hinds Community College Foundation. Recognizing that its maturity value would not fully endow three scholarships, she began making monthly contributions to ensure that they would eventually be properly endowed as soon as possible.

“My parents taught me it is better to give than receive. I look on this as an opportunity,” she said. “I only went to Hinds one year, but I enjoyed it so much. I got to know the teachers on a personal basis.”

She particularly wanted to see the awarding of the Dorothy Davis Miley Scholarship. “It was my goal while I’m still on this earth to meet a student that received the scholarship named for me. It was the nicest present for my birthday to meet that student,” she said.

Other than funding the scholarships, Miley has another special long-standing Hinds project: She presents portraits to Hinds campuses for placement in buildings named for particular people. This project also started as a tribute to her family. The first portrait was for her father when the Barber and Beauty School building on the Utica Campus was named for H.H. Davis.

“Mrs. Miley has such a wonderful, giving spirit. We are so fortunate at Hinds to be the recipient of much of her generosity,” said Jackie Granberry, vice president for Advancement.

A teacher who retired after 30 years in Jackson Public Schools, Miley graduated from Utica High School and Hinds Junior College. She also graduated from Millsaps College and received a master’s degree from Mississippi College.

Miley now lives in north Jackson but still maintains close ties to Utica where she grew up.

She has been a member of several organizations that allowed her to shine in a service role. She is a member of the Tau Chapter of Delta Kappa Gamma having served as recording secretary, first vice president, president and central district director. She was selected as Woman of Distinction and received the Red Rose Award.

In 2009 the Hinds Foundation honored her at the National Philanthropy Day Recognition Ceremony for her financial support of the college for more than 30 years. In 2013, she received one of the highest awards at the state level – the Zeta State Achievement Award. She has spearheaded the formation of two grants-in-aid for Tau Chapter. One is the Little-Winters and the other is the Dorothy Davis Miley Grant-in-Aid.

She is also a member of the Jackson-Madison Gideons Auxiliary, having served as president, vice president and scripture secretary. She is a member of Kappa Delta Pi Honor Society, J.O.Y., MPE and Mended Hearts (Chapter 76) where she has served as the Sunshine Committee person for many years. She is a lifetime member of the Mississippi Retired Public Employees Association.

Miley is a member of Galloway United Methodist Church in Jackson where she is also a member of Circle 5 U.M.W. and the Ben Fatherree Sunday School Class. 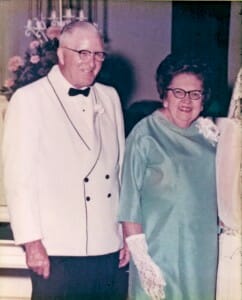 Miley’s mother Louise White Davis was a native of Edwards. She graduated from Central High School in Memphis and Soulle Business School in New Orleans. She came to Utica to work as one of three bookkeepers for Mr. D.C. Simmons.

While in Utica, where she lived most of her life, she met her future husband, H.H. Davis, who worked at Peoples Bank as a teller. After they were married, she and her husband owned and operated “Shine” Davis Grocery. She was also a notary public and a representative for several floral companies. 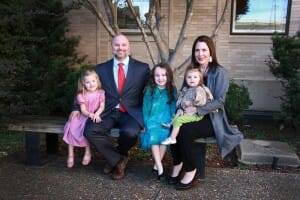 Miley’s daughter, Mamie Louise Miley Griffing, is a 1995 graduate of Woodland Hills Baptist Academy. She received bachelor’s and master’s degrees from the University of Southern Mississippi, in 2000 and 2003, and is near completion of her Specialist’s Degree.

She has taught special education with emphasis on autism at several different public schools. She currently is an adjunct instructor at Hinds’ Rankin Campus.

Endowed scholarships may be established with a minimum gift of $15,000 donated to the Hinds Community College Foundation.

The gift will constitute the initial principal for the endowment. The principal will be maintained and only the income earned will be awarded in the form of scholarships.

Non-endowed scholarships may be established with a minimum gift of $500. All gifts of cash and/or stocks are fully tax deductible.