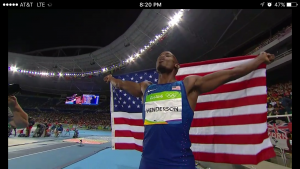 Henderson, a native of Sherwood, Ark., and recent inductee into the National Junior College Athletic Association (NJCAA) Track and Field Hall of Fame Class of 2016, leaped 28 feet, 2 and ¼ inches during the trials to pick up his second U.S. championship and first since 2014.