Grandmother of four among academic, technical grads at Hinds CC

PEARL – Vicki Colbert had already lived a full life taking care of people when she decided to pursue a second career. “I’m still the same lady from that little…
By: Danny Barrett Jr.

PEARL – Vicki Colbert had already lived a full life taking care of people when she decided to pursue a second career.

“I’m still the same lady from that little old town of Raymond,” Colbert said. “But, this is surely like a second life for me.” 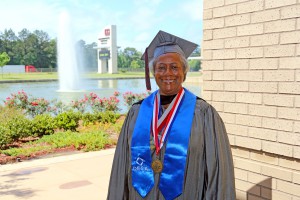 The 57-year-old grandmother of four was among more than 1,200 graduates from ceremonies held by Hinds Community College over two days. She graduated Friday, May 12 with others who completed academic and technical programs at the college.

Students received 1,534 degrees and certificates, meaning some graduates received more than one credential. Of that number, almost 800 chose to participate in one of the three ceremonies on Friday at the Muse Center on the Rankin Campus in Pearl or a Sunday ceremony at the Utica Campus.

Among them was Colbert, who retired not long ago after 33 years in the medical field, mainly at the University of Mississippi Medical Center. A love of old-fashioned country cooking and staying busy, she enrolled in the Culinary Arts program and excelled.

“I’m happy about finishing school after nearly 40 years,” Colbert said. “It was about letting myself know that it’s never too late to complete something.” 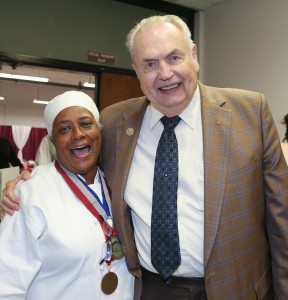 In April, she led a team of culinary students from several schools whose fried fish and hush puppies won second place in competition at the Collegiate DECA International Career Development Conference in Anaheim, Calif. She and team members picked up third place honors at the state competition.

“She spearheads so many projects here,” said Austin Lee, district director of the Culinary Arts program at the Jackson Campus-Academic/Technical Center. “She headed up the DECA fundraising to make it to California, where her team raised over $1,000 to help with their expenses by selling chicken on a stick and Kool-Aid for $6.”

Next on her heady list of plans is to open an eatery in Raymond that’ll feature all the staples of down-home country fare.

“I love country cooking, with roast beef and gravy with veggies,” she said. “And I’ll do farm-to-table with it. It’ll be good for people coming from church on Sundays.”

Speaking at the 11 a.m. ceremony was state Sen. Briggs Hopson III, of Vicksburg.

“You’re receiving a piece of paper that is your license to a successful career,” Hopson told graduates. “It will make you competitive in the marketplace. You’re ready to go out right now and begin your careers. 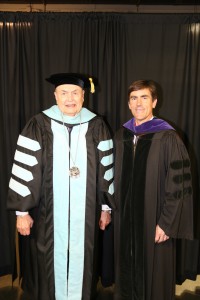 “I have many friends who’ve gotten their associate’s degree and gone on to do incredibly well in their professions. They make good livings, are able to care for their families, built careers and established a nest egg.”

“This is a time we as educators enjoy celebrating,” said Hinds President Dr. Clyde Muse. He noted that student diplomas this year will include a gold seal commemorating the college’s 100th anniversary. Hinds opened in 1917 and is celebrating the Centennial with a host of activities throughout the calendar year. 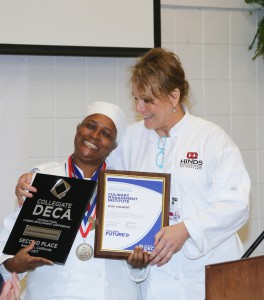