“When I told my dad I was going to drop out, that’s when I promised myself I was going to come back and somehow finish that degree. I just didn’t…
By: Danny Barrett Jr.
April Garon
Tre´ Thornhill & Matthew Alford 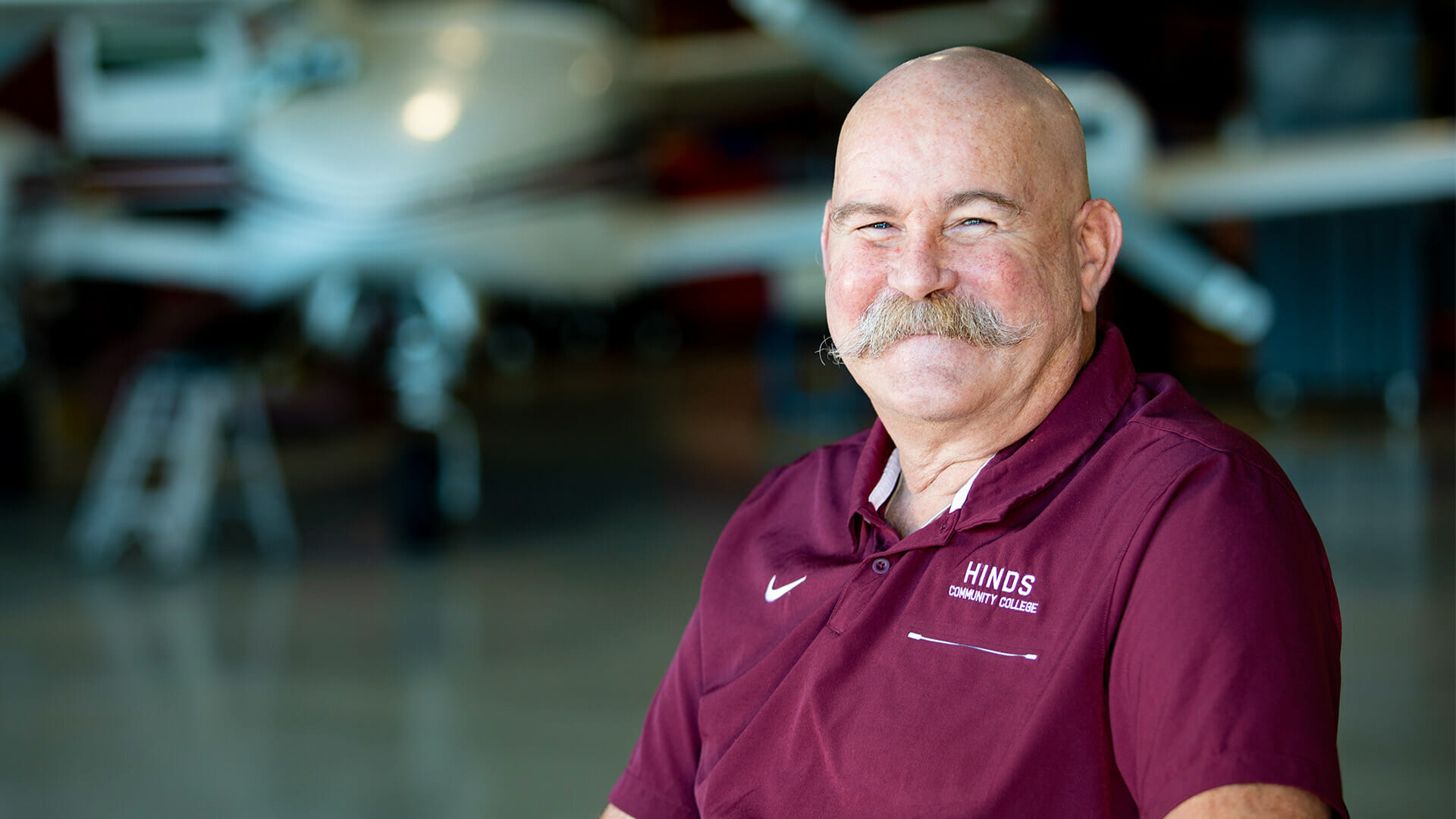 W.P. Marsh has spent more than 40 years being a jack of several trades and even mastering some here and there.

“I came up through the carpenter apprenticeship system, which was based on the old guild system, where a master had to train the newcomers to carry on the craft,” Marsh said. “I have an awful lot of mentors in my varied career who’ve taken the time to invest in me and add to what I’ve learned on my own.”

Marsh, 63, has taught airplane mechanics at Hinds since 2016 after making a living as a welder, carpenter and general contractor for years. He’s also a certified airplane mechanic with inspection authorization by the Federal Aviation Administration.

“My FAA certification qualifies me to teach here,” he said. “But in earning a credential, I’m keeping a 44-year-old promise to myself to do it.”

The son of a university professor, Marsh originally attended college in California, where his father’s career in academia had continued. “I was raised in an educational environment from day one,” he said. “My father was encouraging me toward teaching. I floated through high school without needing to study much and was accepted into the University of California-Davis. But I’d made it there without any study skills or discipline. By the middle of my second quarter there, had I not dropped out I’d have failed out.”

Marsh wasn’t a stranger to earning his own keep to pay for things. “If I wanted a bicycle as a kid, I had to go do a paper route and earn it,” he said.

His father’s hobby on the side was flying airplanes, which led, in his zeal, to his offering by age 14 to wash airplanes for people they both knew. Eventually, it led to his earning his non-commercial pilot’s license before he earned a driver’s license. 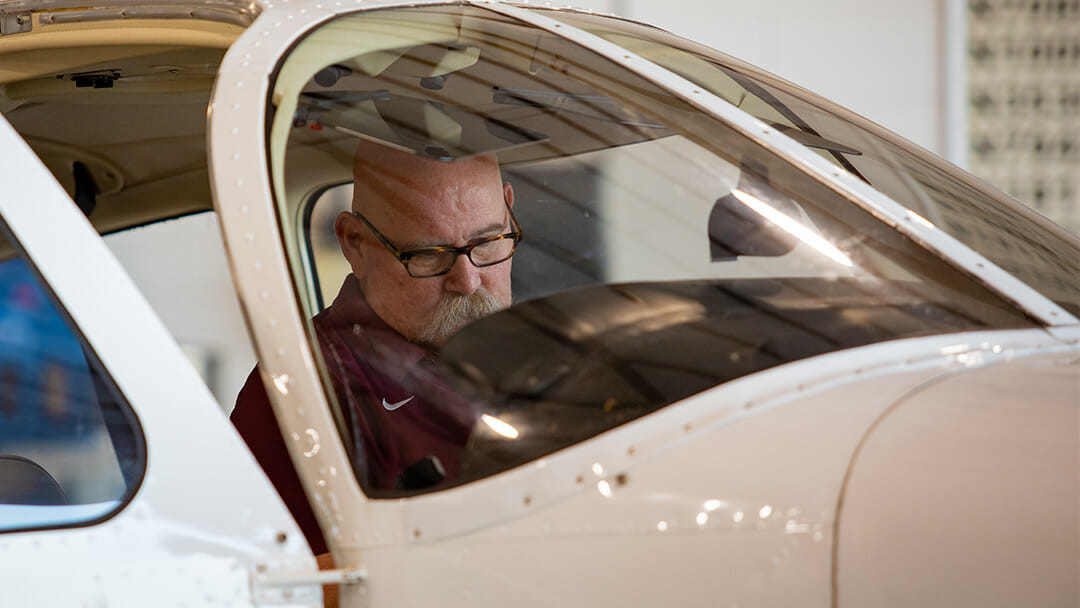 But without “saleable skills,” he said, he took his pick, shovel and wheel barrow and began working construction jobs building swimming pools. Over the next 35 years or so, he built careers by earning certifications in welding and carpentry and becoming a general contractor for projects ranging from airplanes to mansions. But those shortcomings in the classroom still ate at him.

“When I told my dad I was going to drop out, that’s when I promised myself I was going to come back and somehow finish that degree,” he said. “I just didn’t know when.”

That answer ended up being early 2016, while Marsh worked an aircraft maintenance job in west Texas. While there, he was recruited to take his current position at Hinds by a friend and former aviation instructor. 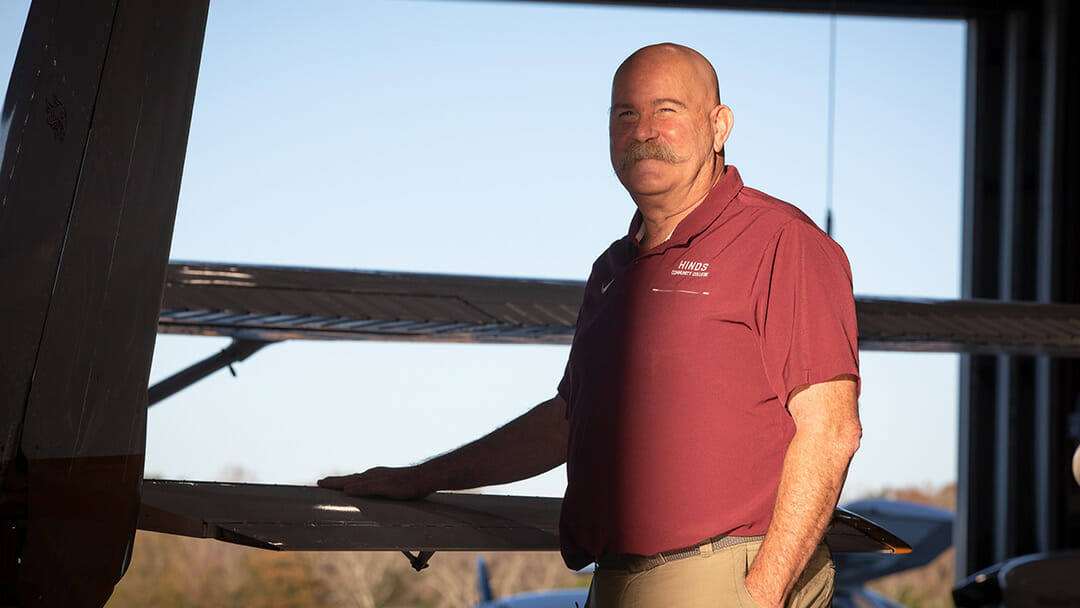 In his case, it’s knowledge that comes with plenty of experience dealing with contemporaries in the workforce.
“I had so many people tell me I couldn’t do something. ‘Oh, you can’t be an aircraft mechanic, your hands are too small.’ I actually had somebody tell me that once. Or, that I couldn’t become one because I started too late in life.”

Fellow career-tech faculty tout the kind of example Marsh has set for his students.

“He set a goal to complete his required academic coursework to become eligible to obtain his degree,” said Cindy West, dean of Career and Technical Education for the Raymond Campus. “Today, that goal is complete and we couldn’t be prouder of his accomplishments. He sets the example for students by walking the walk and searching for new technology and information to learn.”

Marsh instills in his students what he says he developed during his professional career – “survival skills” to navigate the job market when times turn uncertain.

“We’ve seen big economic disasters in this country, such as recessions and also natural disasters. Who are the ones who suffer the worst? The ones who don’t have trade skills.”