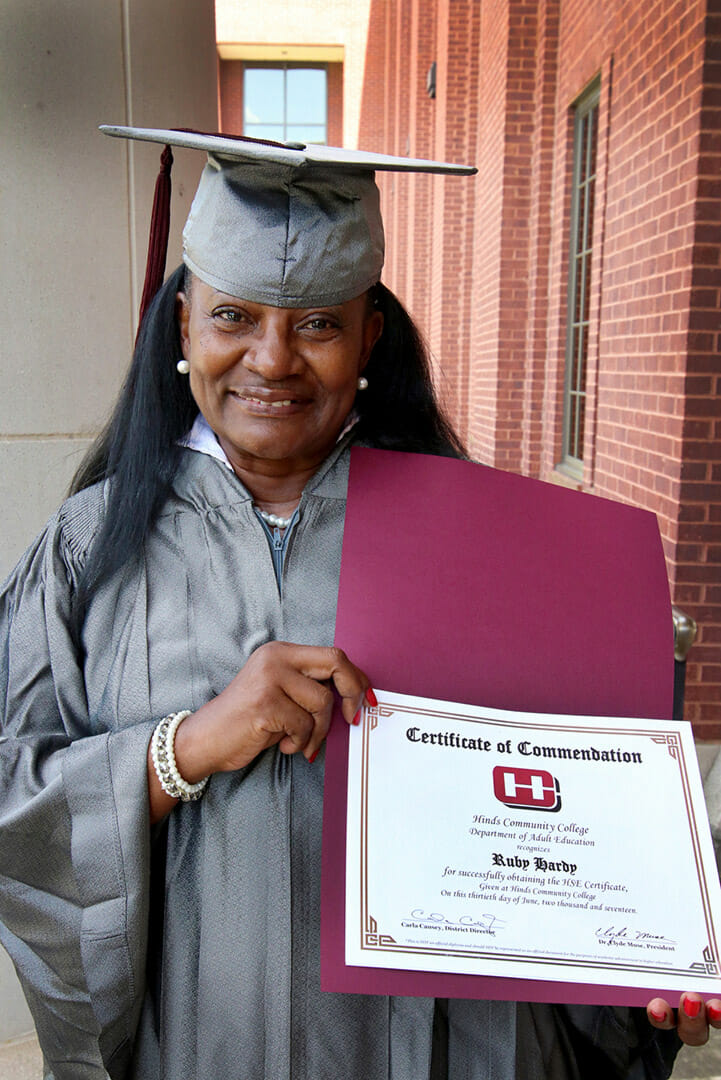 “I came back to take care my mother,” Hardy said. “It prompted me to go into the job center, but I didn’t qualify much since I didn’t have a GED. I was even thinking of working in foodservice because I have to take care of a family.”

Hardy, 70, was among 45 people of varying ages and stations in life recognized during a ceremony Friday, June 30 at Cain-Cochran Hall on the Raymond Campus for achieving their High School Equivalency certificate, formerly known as the GED, this academic term.

The great-grandmother of five had left Lanier High School before her senior year was up and went to California, where she took part in a jobs program established by the federal government during the Kennedy administration, then worked several years for Pacific Bell in various roles.

“Back then, if you passed an entry-level test, you could just get a job and after about five years, you could move around,” she said. “Nowadays, the first thing they’ll ask you for is a GED or a high school diploma.”

She plans to become a certified medical data technologist and open her own business.

“To reach this milestone, it’s an awesome feeling,” she said. “I never thought I’d be at a loss for words, so that’s the only thing I can say. It’s just awesome.”

Hardy was among eight participants in the MI BEST program at Hinds who received a GED during the ceremony. MI BEST is Mississippi’s version of the nationally recognized Integrating Basic Education and Skills Training program, or I-BEST. It allows adult students to train for a job skill while earning their GED high school equivalency certificate at the same time. Students are prepared to be job-ready in six months to a year, train in high-demand areas and earn national certifications. 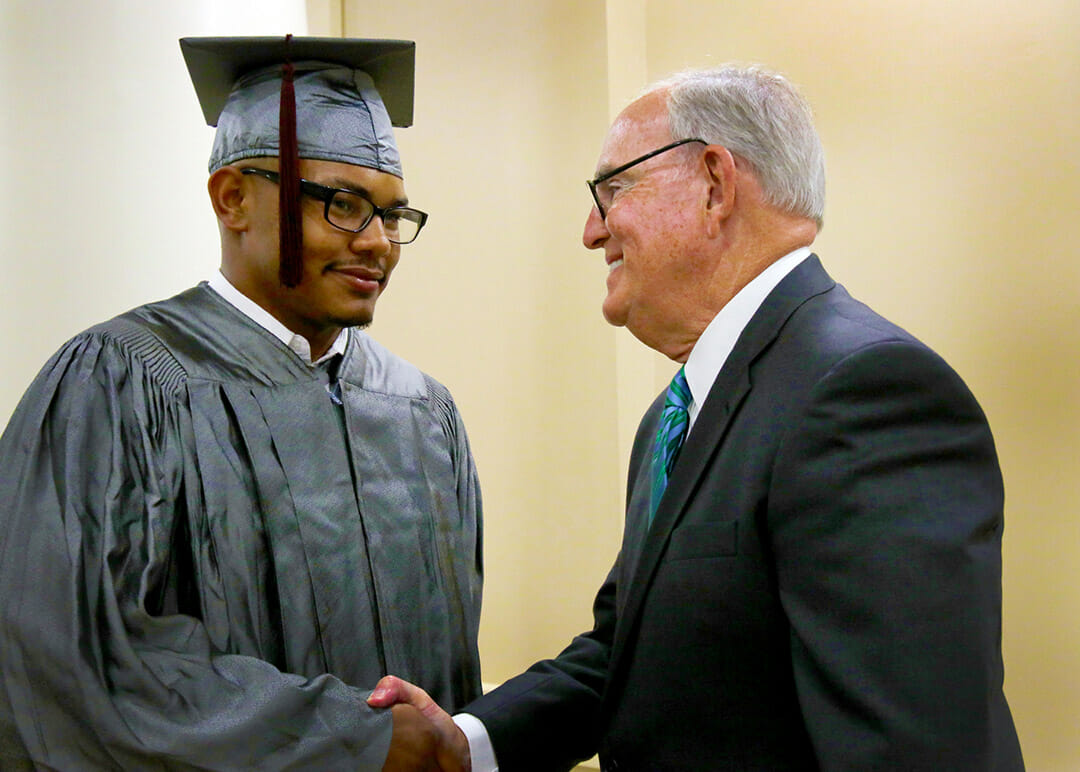 Dickie Scruggs, former prominent lawyer and founder of the nonprofit Second Chance Mississippi, spoke to this year’s recipients on the value of their accomplishment down the road in life. The collaborative effort with the state’s community colleges raises awareness and funds for High School Equivalency and adult education.

GED recipients who were honored Thursday and their stated hometowns included: