Fall graduation ceremonies are set for Dec. 18 at the Muse Center on the Rankin Campus as students earn associate’s degrees from Hinds Community College. All nursing and allied health…
By: Danny Barrett Jr.

Fall graduation ceremonies are set for Dec. 18 at the Muse Center on the Rankin Campus as students earn associate’s degrees from Hinds Community College.

All nursing and allied health graduates will receive their degrees at 8 a.m., with commencement for academic and career-tech graduates to follow at 11 a.m. and 3 p.m. 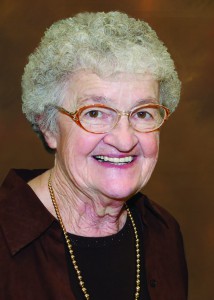 Bobbie Anderson, former dean of the Jackson Campus-Nursing Allied Health Center, is the speaker for the nursing graduate ceremony. Jeff Hughes, a 27-year math teacher at the college, speaks to graduates at the midday and afternoon sessions.

Anderson, of Vicksburg, spent 24 years at Hinds’ nursing campus, retiring in 1993 when an annex building on the Chadwick Drive campus was named for her. Her work as an adjunct faculty member for the Associate Degree Nursing program and consultant to other programs continued until 2014. She began her career as a nurse in 1951 as a staff nurse at Vicksburg Hospital.

She holds two master’s degrees, in Counseling and Guidance from Mississippi College, and in Psychiatric/Mental Health from the University of Mississippi. In 2009, she was inducted into the Mississippi Nurses Association Hall of Fame. 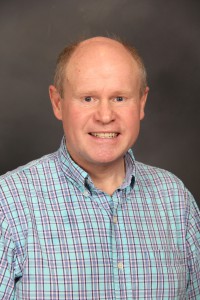 Hughes is the curriculum coordinator of mathematics across Hinds’ six campuses and in October was named the college’s faculty honoree for the Legislature’s HEADWAE program in February. The program honors academically talents students and faculty who have promoted academic excellence. He was educated at Mississippi College and the University of Mississippi, where he earned bachelor’s and master’s degrees in mathematics.

He has co-authored two textbooks, College Algebra and Precalculus, and has presented numerous programs at professional conferences across the nation. He is a sponsor of Student VOICES, a student advocacy group at Hinds. Also, Hughes has been the recipient of the college’s Outstanding Academic Instructor of the Year Award and also chosen as Phi Theta Kappa’s Teacher of the Year.