Five students sign on as apprentices with Continental Tires

Mark Gomez had worked a few years as a delivery truck driver after his first associate degree from Hinds Community College but wanted more from his work life.
By: Danny Barrett Jr. 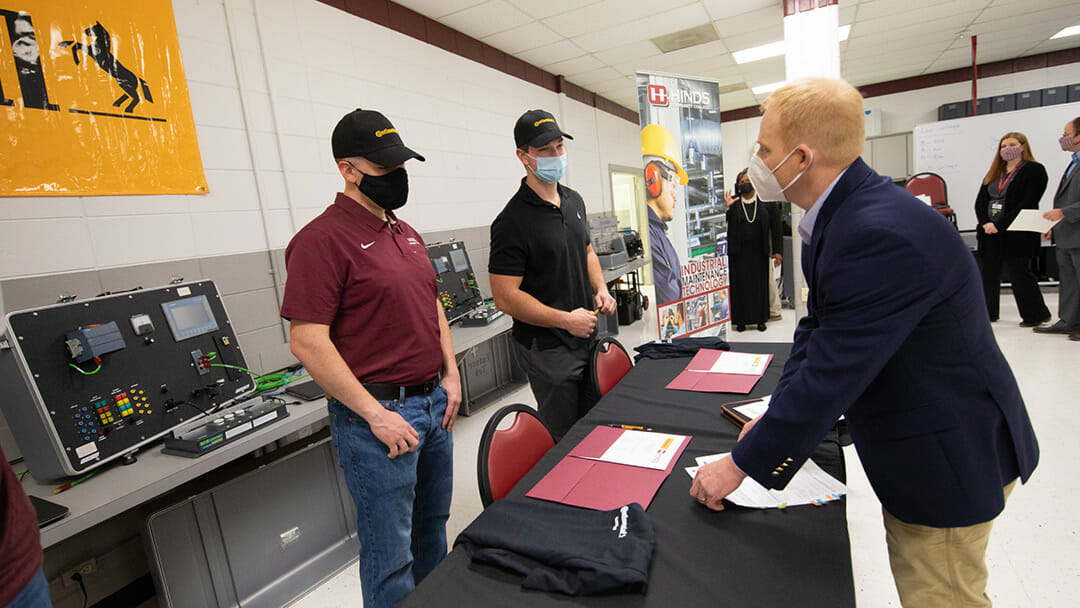 Mark Gomez had worked a few years as a delivery truck driver after his first associate degree from Hinds Community College but wanted more from his work life.

“I had been going back and forth between coming back to school and working mostly minimum wage jobs to pay my way through college,” said Gomez, 27, of Jackson.

A chance recommendation by a physics instructor about the Production and Mechatronics Apprentice programs through Hinds and Continental Tires has led him to a new opportunity. And they’ve worked with his schedule as a member of the Mississippi Army National Guard to help make it happen.

“I liked the work they are doing with the electrical equipment and the robotics,” Gomez said. “It was the kind of work I want to be doing. They’ve been accommodating about my drill schedule, the job and my classwork don’t come into conflict.”

Gomez was among the first five students in the Electro-Mechanical program at Hinds to sign on this semester as apprentices with Continental as part of the partnership between the college and the company.

Gomez, along with Braylen Johnson, of Byram, Daiqwan Littles, of Hazlehurst, James Manley, of Raymond and Chandler Mulligan, of Clinton will be offered paid, on-the-job experience with the company as part of the Production and Mechatronics Apprentice programs, launched last fall.

“It’s an honor and we’re proud of you,” said Dr. Chad Stocks, vice president of Workforce & Community Development to the five apprentices during a signing ceremony on campus Jan. 20. “It will get you places faster, especially with opportunities within Continental. We’re excited for our partnership with Continental.”

The program is open to students in the college’s Industrial Maintenance and Electro-Mechanical Technology programs, as well as dual enrollment students in career-tech programs.

“We consider this partnership with Hinds Community College, an excellent approach to building a strong workforce for the future. It is beneficial across the board, especially to students who want to build successful careers in this field,” said Michael Egner, Clinton Plant Manager. 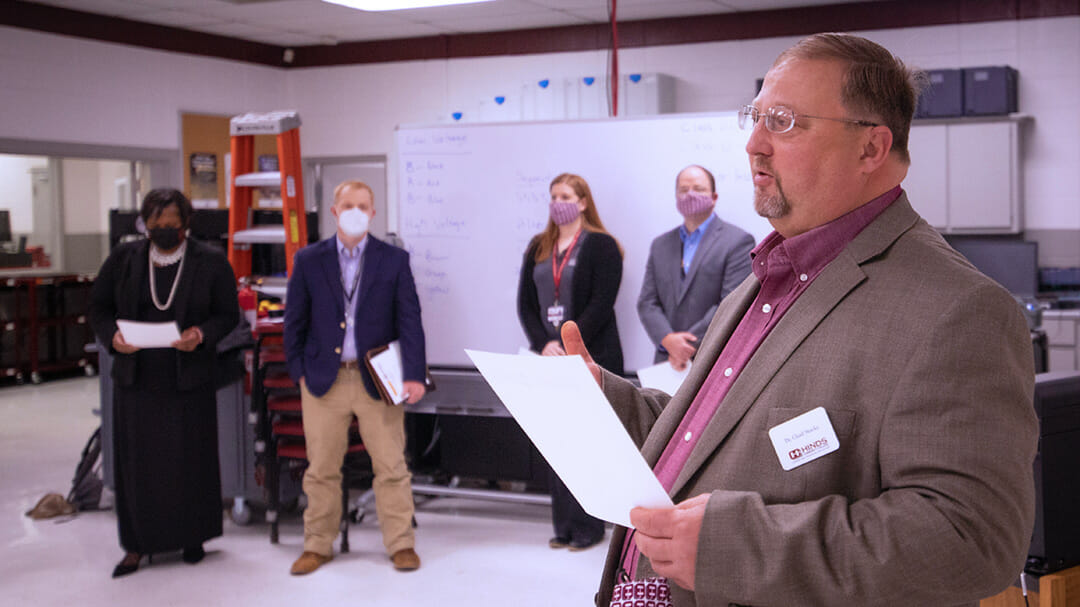 Apprentices hope to apply what they’ve learned in the classroom and turn it into a rewarding career. “It’s a whole new experience for me, because I like trying new things,” said Little, 20, who arrives at the opportunity from a job in retail. Both programs require students to balance a 2.5 GPA and 32-hour work week. Participants will receive paid tuition and book fees while in the apprentice programs.

“You’ve taken what you’ve learned on the instructional side and will apply it on the workforce side,” said Sherry Franklin, vice president of instruction for Career & Technical Education. “I’m proud of you as though you were my own children.”