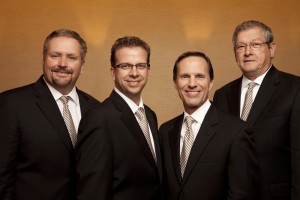 The renowned Blackwood Brothers Quartet based in Memphis will headline the annual Hollingsworth Gospel Concert held at Hinds Community College. Proceeds from the concert fund the Robert Wallace Hollingsworth Family Scholarship for Law Enforcement at Hinds.

“Law enforcement is not an easy task now days. We need trained, well-educated young people getting into law enforcement and into the criminal justice system,” said Jack Hollingsworth of Utica, organizer of the annual concert.

Today, the group is still led by Billy Blackwood, the son of an original member and brother of a long-time member who recently retired. He is joined by current members Wayne Little, Butch Owens, who is a retired law enforcement officer, and Michael Helwig.

The concert is at 7 p.m. June 25 at Cain-Cochran Hall on the Raymond Campus of Hinds Community College.

Also singing at the annual concert will be the Miss-Tenn Trio, Carl Hollingsworth of Byram, the Born Again Quartet of Byram and Jack Hollingsworth, who is also serving as emcee.

The annual benefit concert began in 2004 to help raise funds for Mike Hollingsworth, Jack Hollingsworth’s son, a Warren County deputy sheriff who was injured in the line of duty. Family members saw such great success with the event that they decided to make it a tradition. Currently, all proceeds from the benefit go to the Hollingsworth Family Law Enforcement Scholarship, which ultimately helps a deserving Hinds student attend college. The scholarship made its first award to a Hinds student in 2009.

The scholarship is dedicated to five Hollingsworth men, all serving in some capacity in the field of law enforcement. The student receiving the scholarship must be majoring in criminal justice.

“It’s personal for me,” Jack Hollingsworth said. “My son nearly lost his life. God intervened, and he is a miracle today. … We can carry on the tradition of law enforcement with the scholarship and also recognize the fact that God is good.”