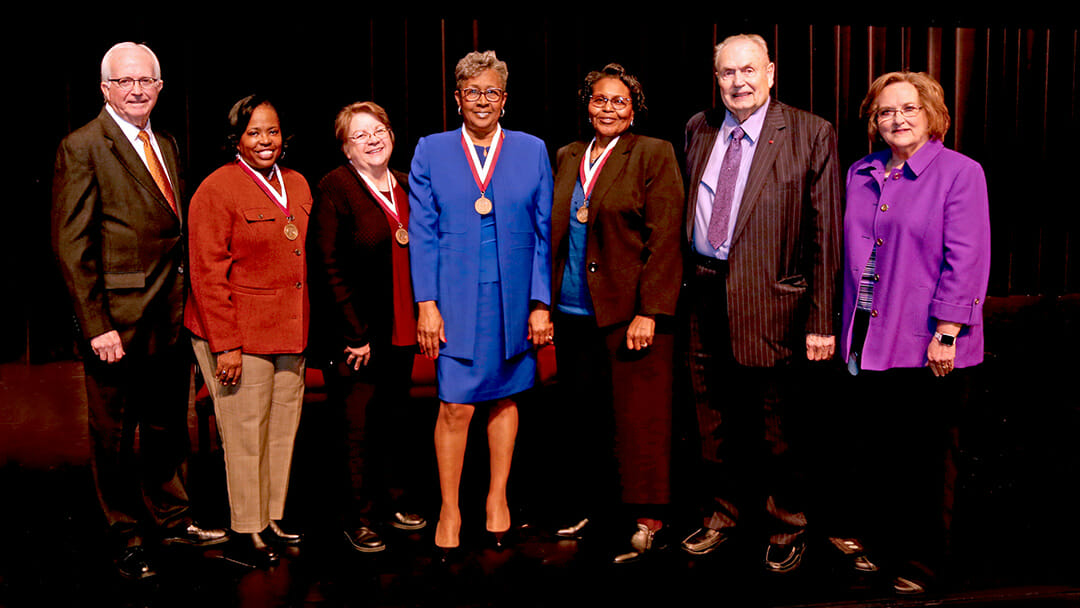 RAYMOND – Hinds Community College awarded emeritus status to four retirees at spring Convocation Jan. 7, bringing the total number of those selected by the college to 40. 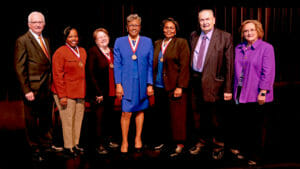 Davis, of Clinton, retired in 2014 after 43 years in education, with 32 of those at the Utica Campus.  She began as a developmental English instructor and retired as dean of Instruction/Academic, Career and Technical Education. While in her administrative position, she was responsible for securing more than $38 million in Title III funds for the campus, which is designated a Historically Black College or University (HBCU). In addition, she was named a Life Star Award Recipient, received the Distinguished Non-Teaching Administrative Professional Award and was honored by the Utica Campus at its 2019 Vice President’s Gala in the Distinguished Administrator category.

Griffin, of Jackson, a 43-year educator, began at Hinds in 1983 serving as a business technology instructor at the Jackson Campus-Academic/Technical Center. She retired in 2017 as dean of Career and Technical Education. During her time at Hinds, she was named HEADWAE faculty honoree, selected to be a Lamplighter, a Hinds Hero, Outstanding Instructor and Distinguished Vocational Technical Instructor and, in 2017, served as a commencement speaker.

Mahaffey, of Florence, retired in 2018 after 37 years as dean of Nursing and Allied Health and director of Health Sciences. Prior to her 2019 retirement, she was named a Hinds Hero, presented with the 3E Award, inducted into the inaugural class and named a fellow of Academy of Associate Degree Nursing by the Organization for Associate Degree Nursing, was given the inaugural Lifetime Achievement Award by the Accreditation Commission for Education in Nursing and was named to the Mississippi Nurses’ Association Hall of Fame.

Jackson, of Newton, worked 42 years on the Utica Campus prior to her 2015 retirement.  In addition to teaching mathematics, she served as curriculum chairperson, chair of the Natural Science Division, and director of the National Science Foundation HBCU Grant, which implemented the STEM undergraduate program initiative. She was named the HEADWAE faculty honoree, a Lamplighter on three different occasions and was honored at the 2019 Vice President’s Gala in the Distinguished STEM Category.

Selected by a Hinds committee, emeritus status is conferred on retirees who have dedicated their lives to the college. A photo recognizing their status is showcased in the Emeritus Room at Fountain Hall on the Raymond Campus.