It was in the produce section of a Kentucky A&P grocery store that David Yewell’s life was changed forever. Yewell (1962), a past member of the Hinds Community College Foundation board,…
By: Cathy Hayden 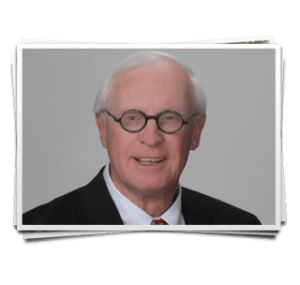 It was in the produce section of a Kentucky A&P grocery store that David Yewell’s life was changed forever.

Yewell (1962), a past member of the Hinds Community College Foundation board, worked at the store sorting produce.

In fall 1960, he was just a few days removed from high school graduation from Owensboro High School in Kentucky when a local man who had an eye for talent and an interest in helping students further their academic careers approached Yewell.

Donald “Quack” Butler asked Yewell, a standout high school basketball player, if he wanted to go to college. After Yewell replied it wasn’t financially possible, Butler told him to expect a phone call from Hinds Junior College basketball coach Troy Ricks. Two days later he and his father began the ride down to Raymond.

“It was a trip that opened a completely new world to me and changed my life forever,” Yewell said. “I fell in love with Raymond immediately. It felt like home after a few days.”

Yewell flourished during his two years in Raymond. He became interested in learning, studying and writing, all fostered by an “attentive, truly loving faculty, one of whom was Ricks.”

“I have a great appreciation for Hinds Community College and especially Coach Ricks for the opportunity they gave me to play basketball,” Yewell said. “I would not be where I am today, I’m sure of it.”

Yewell has been practicing law for more than 40 years. He currently counsels clients through Yewell Law, LLC, in Owensboro, KY. Yewell received his associates degree from Hinds, his bachelor’s degree from Transylvania University and his Juris Doctor from the University of Kentucky College of Law.

For the complete story, see the spring 2012 issue of Hindsight alumni magazine.