A life spent at the forefront of battles for social justice and affordable health care has come full circle for local physician Dr. Robert Smith. 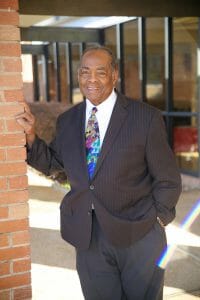 In November, the American Medical Association awarded Smith the Medal of Valor Award for fighting social injustice and providing health care to Mississippians during the civil rights era.

“In riotous and dangerous times, Dr. Smith placed himself repeatedly in harm’s way and made it his mission to stand up for the health care rights of African-Americans,” said AMA president David O. Barbe, M.D. “He is a man of compassion and courage who has and continues to fulfill his Hippocratic Oath by providing medical care to the poor, uninsured and underserved citizens of Mississippi.”

His education flourished beginning when he was a precocious teen at the Utica high school, where he graduated as valedictorian.

“It was one of the best things that happened to me,” Smith said of his time there starting in 1949. “In today’s terms, I would be considered ADHD. I had the opportunity to go to high school very early.

“We didn’t have a public high school in the county at the time. But, this was around the time of Brown vs. Board of Education, so the county bought a small, struggling school modeled after Booker T. Washington’s school. It was just a blessing for me,” Smith said.

The Utica school was both a boarding school and day campus.

“My folks didn’t want me to leave home for schooling, so I became one of the first teens to get up at 4:30 in the morning and ride a little old bus 45 miles nearly all through dirt roads to get to school. In the winter, I’d leave home at night, and I’d get home at night. Many times the bus broke down, but luckily my daddy had a car that would come and find us and retrieve us all.

“But, going to Hinds AHS was like going to heaven,” Smith said. “I found a great bunch of people, and it was the first time I had people around me who had gone to college and were degreed.”

Once there, Smith found “mentors, father figures, mother figures, the whole nine yards – and people who believed in discipline,” as he put it, once again remembering his teen years.

“I had a math teacher who’d tell me, ‘Robert Smith, sit down! You’re not going to take over my class!’ There were other teachers like Maggie Dunson who told me, ‘Just wait till you get to college. They’ll fix you.’” 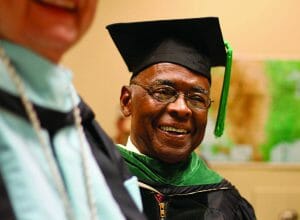 Where he found a niche was in agriculture, then taught by A.D. Williams. “I had been in the 4-H Club before I went to Utica,” Smith said. “I was 4-H champion and among the first to show Polled Hereford cattle in a livestock show. I transferred my experience to being in New Farmers of America, where I was the first Mississippian of record to hold office in it.”

Smith credits Williams with teaching him the basics of communication and formal self-expression. “He taught me how to develop and present a talk,” Smith said. “He left, and A.D. Boykins came in. He had the same personality. I ended up winning state and regional speaking contests and going to Washington D.C.”

Another source of pride is having been taught by Dr. Walter Washington, who later presided over Utica Junior College and Alcorn State University. “His speeches about achievement and educational preparing were inspirational,” he said.

In 1963, the Terry native founded Mississippi Family Health Center in Jackson. The facility later became Central Mississippi Health Services and has locations in south Jackson and at Tougaloo College, where Smith had earlier earned his bachelor’s degree in chemistry. His medical degree was earned at Howard University School of Medicine.

Smith witnessed the civil rights movement in Mississippi from a perspective few other people could, given his profession.

“I’d been a member since college of the NAACP, and I got to know Medgar Evers in college at Tougaloo when he was invited to talk,” Smith said. “I had attended a reception for him the night he was killed.

“The outgrowth of it all is that, through other memberships such as the Freedom Democratic Party, I became the unpaid physician to the movement.”

He was assisted in establishing a clinic in Bolivar County’s Mound Bayou by doctors from the Northeast, who, a year later, were part of 1964 Freedom Summer in Mississippi. The clinic served the poorest of the poor for basic medical needs.

“I was concentrating on how to get black folks into health care,” he said. “I helped prepare reports for Congress that brought about regional medical programs that brought advances in the care of heart, cancer, strokes and renal disease to local communities. 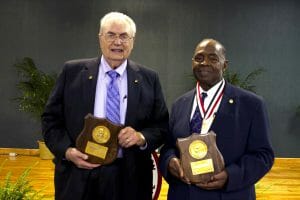 Both Hinds President Dr. Clyde Muse and Dr. Robert Smith were honored with the Whitney Young Service Award from the Andrew Jackson Council of the Boy Scouts of America in 2015.

“When they talked about merging those institutions, obviously there were concerns. But, I don’t know anything that could have done better since then,” Smith said.

He credited both men with the Utica Campus keeping “its traditional value system,” such as its colors and annual events such as the Coronation, while “providing opportunities for the least of these in education.”

Muse has known Smith for many years. He met him through his brother, George, who served on the Hinds County Board of Supervisors. Both had gone to the Utica Institute.

“Early in his life and career, he had a burning desire to see that all people had good medical attention and services,” Muse said, noting his work to establish the Mound Bayou clinic. “He was a pioneer in providing or getting medical services to people. And it was not the popular thing to do in those days. He had the courage to step out there and do it.”

Smith sees the American Medical Association honor as a benchmark not just for himself, but African-American membership in the organization.

“It was a national problem,” Smith said of the scarcity of full-member black doctors when his nearly six-decade medical career began. “In Mississippi, it was magnified. Even in a place like New York City or in Chicago, there was only a handful of black physicians – maybe five people – who were full members of the AMA.”

“The contributions Dr. Smith has made in the healthcare field, not just in our community, but throughout our state cannot be lauded enough,” Merit Health Central CEO Barry Moss said. “We are grateful for his continuing leadership in his field, and I am proud he is a part of our Merit Health Central medical staff.”

In the spirit of gratitude, Smith has given back to the Utica Campus and Hinds, speaking at graduations several times and at the Utica Campus annual Founder’s Day celebration. He spent six years on the Hinds Community College Foundation Board, where he and his brother started a scholarship aimed at helping eligible Utica Campus students pay for college. He is a frequent presence at important Hinds events.

And, his service also continues in the medical community.

“He is a great person with a great medical mind that is still providing wonderful service to people in need of medical help,” Muse said.

Barnes literally owes his life to Smith. “About 29 years ago, he recommended me to Johns Hopkins University to treat pancreatic cancer,” Barnes said. “So I can’t really say enough about him. Any awards he has gotten, he deserves.”

Smith is quick to say that his path to success started in Utica.

“My education at Hinds prepared me for the opportunity to become the first black physician of record and board-certified physician, a fellow in family medicine, a teacher, a researcher, an author, and most of all, a family physician to the least of these that have come from many parts of the country.”