In her daily life and in her volunteerism over the years, Anna Bee has been a role model for young people. Each year in her nearly 55-year career as director of the Hinds Community College Hi-Steppers, she molded a new group of young women into what the Mississippi Legislature officially termed Mississippi’s Goodwill Ambassadors.

Mrs. Bee took her dancing seriously as a young child in Birmingham, Ala. She turned professional at the age of six when she received a silver tea set in payment for a performance.

She began teaching dance at 13, when a local school principal asked her to teach Saturday dance classes. She majored in dance at Howard College (now Samford University). She graduated in 1944 and furthered her dance education at the Chalif School of Dance in New York City. 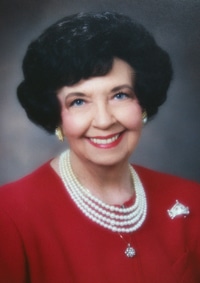 In 1949, she married Alon Bee, and the following year they moved to Jackson where he began his career at WLBT/WJDX. His career took off in radio and television where he served in many capacities, including announcer and program host. He retired as an executive. She, meanwhile, got a job teaching modeling at Mississippi College. Their family grew to include a daughter, Marty, and a son, Alon Jr.

Mrs. Bee was hired in 1951 by W. H. Cochran, then principal of Byram Attendance Center, to teach after-school dance lessons. Among her pupils were Mr. Cochran’s sons, Nielsen and Thad, who later became a Mississippi Public Service Commissioner and a United States senator, respectively.

A group of Mrs. Bee’s dancers from her Byram classes, The Beeliners, performed at Hinds Junior College where college President George McLendon saw them and noted the quality of the teaching involved. He had previously, during a visit to a college in Texas, taken note of that school’s dance team and the good public relations that it engendered. So, in May 1953 he hired Anna Bee to turn Hinds’ majorette group into a precision dance team. Early on, “Mr. Mac” found that the college had gained much more than a community relations entertainment group – it had gained a teacher who viewed her time with each girl who joins the Hi-Steppers as a fresh opportunity to help mold a life.

“When I told my pastor that I was asked by Dr. McLendon to come to Hinds to work with young women,” Mrs. Bee recalled, “he told me, ‘You will be able to reach many more young people than I ever will as a minister.'”

The minister’s statement rang true over the years as the state Legislature honored Mrs. Bee three times -1962, 1981 and 1995 – for her service to youth in the state. It was service that was much more than teaching them to dance.

Then followed a watershed year for Mrs. Bee and the Hi-Steppers when in 1962, they made their first of 45 consecutive annual appearances at the famed Neshoba County Fair. That year, they introduced the Mississippi state song to legislators and they also performed for the U.S. Congress in Washington, D. C.

From early in her career at Hinds, Mrs. Bee became known for her work as an adjudicator for pageants throughout the state. As a volunteer, she directed Jackson’s Junior Miss Pageant for more than 30 years. After initiating the Miss Hinds Pageant as a preliminary to the Miss America Pageant, she directed it for 48 years. For nine of those years she groomed and chaperoned a Miss Mississippi to the Miss America pageants in Atlantic City, among them were Lynda Mead, Cheryl Prewitt and Mary Ann Mobley, all of whom won the Miss America title. In 2001, Mobley, now a popular entertainment figure, showed her devotion to Mrs. Bee by flying from California in the wake of 9/11 to accept a previous invitation to be the honoree at the Hi-Stepper Alumni Chapter’s annual gala.

From their earliest days, the Hi-Steppers developed into a premier service organization as well as a world-class entertainment group. In addition to other charities, Mrs. Bee involved the dancers most heavily in her efforts with Easter Seals (she was state chairman in 1966 and 1979). With their fund raising and work with the WLBT-TV Easter Seals telethons since 1967, they netted more than $100,000 for Easter Seals.

By 1960, after only seven years of directing the Hi-Steppers combined with all of her other teaching, Mrs. Bee had garnered such high recognition in her craft that she was asked to teach half-time production at a Dance Educators of America national convention at the Waldorf Astoria in New York City. 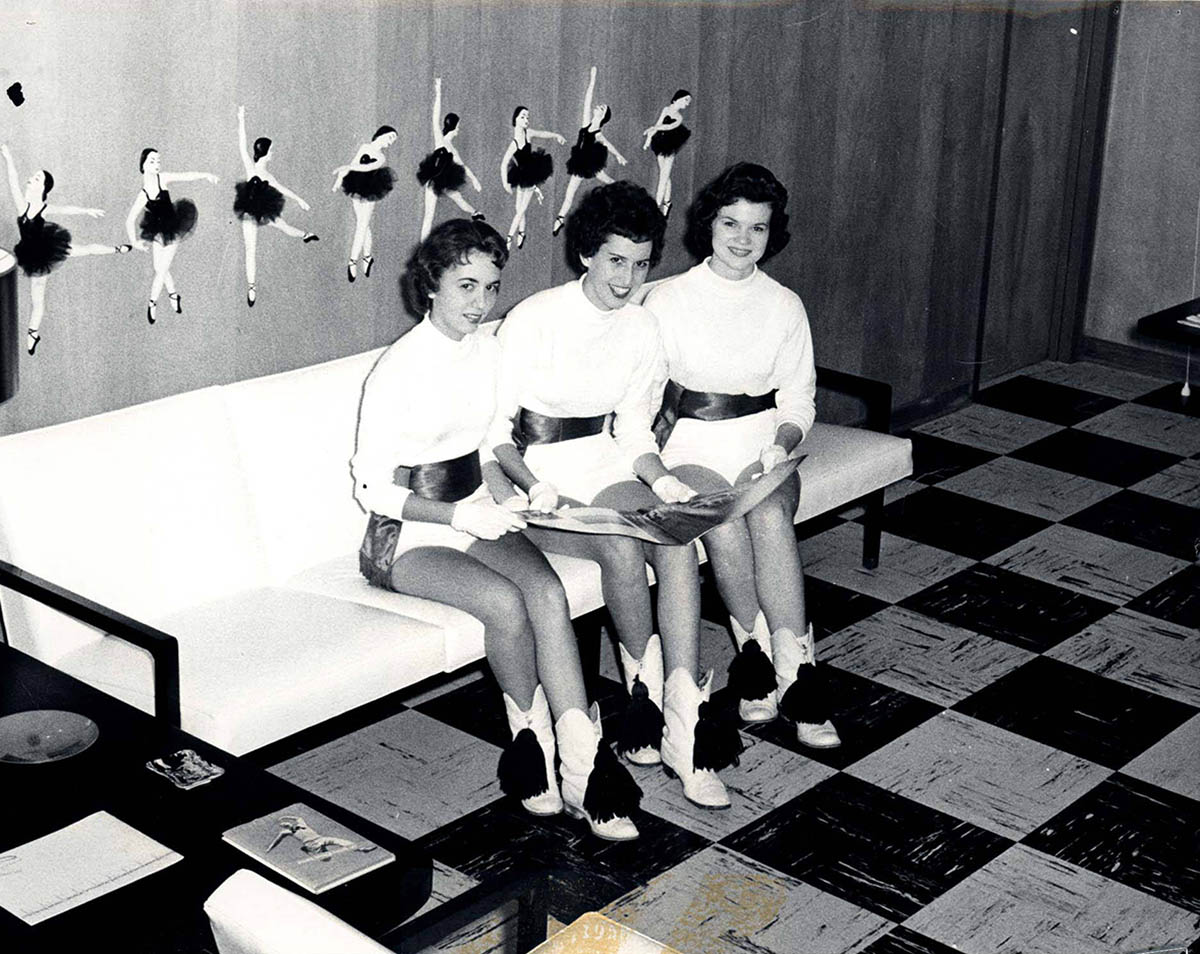 The very building on the Raymond Campus, hitherto known formally as the Women’s Gym – and less formally as “The Hi-Stepper Gym” – received its rightful name in the fall of 1993.

Now known as Anna Cowden Bee Hall (or Bee Hall), it is the building where Mrs. Bee fostered a sisterhood across several generations, where she polished dance routines, self-confidence and love for community service, where she set off with them to football fields, parade routes, conventions and other venues around the country – and where she launched thousands of happy memories.

In 2003, the same year that Mrs. Bee celebrated her 50th year with the college, she was selected to represent the college faculty at the Legislature’s HEADWAE (Higher Education Awareness Day – Working for Academic Excellence) program. This brought to a completed circle the unique relationship between the Legislature and Mrs. Bee since their first resolution honoring her 1962.“I just know that Hinds is where God meant for me to be. I don’t think I could have done anything else but the Hi-Steppers,” Mrs. Bee has said many times.

She has been honored many times by the college for her work with the Hi-Steppers; she has received plaques and other high honors from the Junior Miss program, American All-Star Dance Team, the Dance Teachers of America, Miss Mississippi and Miss America programs, Easter Seals and a myriad of other charitable organizations including United Way, American Cancer Society and the March of Dimes.

She has taken her troupes to 19 Mardi Gras Carnival balls; two world’s fairs, bowl games too numerous to mention (with the notable exceptions of the ones where Hinds played: the 1954 Junior Rose Bowl in Pasadena, Calif., and the 1988 Mid-America Bowl in Tulsa, Okla.) – and she has taken them to Europe. On several of those trips – to London, Vienna and Paris – when she accompanied Hi-Steppers named to the American All Star Dance Team, she served as a member of the dance training staff.

The career that began with a childhood passion for dance cannot end with the word “retirement.” The passion that has carried Anna Bee’s spirit and message into the hearts and minds of so many – at home and abroad in the world – will always be a part of her and her legacy. She may have discontinued “glistening” along with her girls in a humid gymnasium and challenging them to “See how high we can kick!” – and she may not be taking any more arduous road trips, or freezing in any more football stadiums – but her words, spirit and values will carry on.

Because of these things it is as true today as it was in the late 1980s when Mrs. Bee spoke of the longevity of the Hi-Steppers as a standard-bearer for the college – “If just dancing on a football field was all there was to it, I don’t think the Hi-Steppers would have lasted this long.”