Utica broadcast student ready to tell her story, thanks to Hinds, HEERF

"Coming back to school has been a form of therapy in itself for Johnson as she balances her current career and a potential new one."
By: Danny Barrett Jr.
Photography by Brad Smith 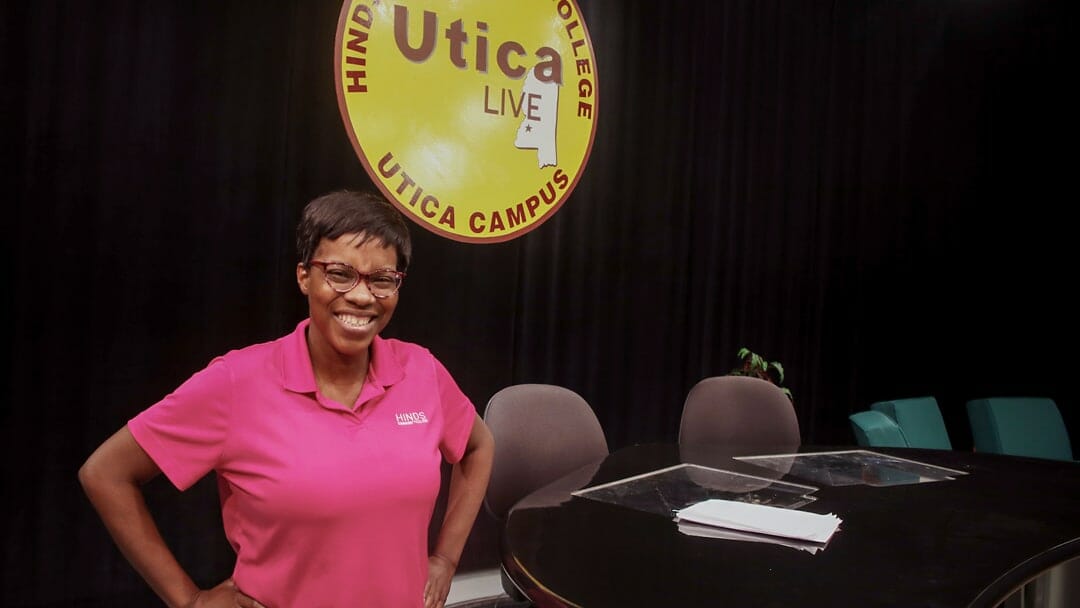 Telling the world her thoughts and feelings wasn’t something Tewana Johnson was used to doing until she gave birth to her second child 16 months ago.

“My son, Ra Tarik, was born with Down’s Syndrome,” said Johnson. “I started out not wanting to say anything about my son’s diagnosis. But now, it’s easier for me to say what’s going on.”

What’s going on is a life-changing life change, as Johnson puts it. The 41-year-old Bolton ICU nurse and mother of two is adding a second skill set and probably a second career thanks to Hinds and federal COVID-19 legislation.

Johnson, who had earned a bachelor’s degree in nursing years ago, returned this past summer to take classes made possible by the Higher Education Emergency Relief Fund. The funding allowed those negatively affected by the pandemic to attend school and rebuild their careers.

“I wouldn’t have been able to afford to come back to school and continue,” she said. “I’m very appreciative of it.”

She hopes what she’s now studying will help other parents of children born with developmental conditions. With the help of instructor Tim Crisler, of the Radio and Television Broadcast program at the Utica Campus, she’s learning the ins and outs of effective self-presentation to bring her child’s story to the world. 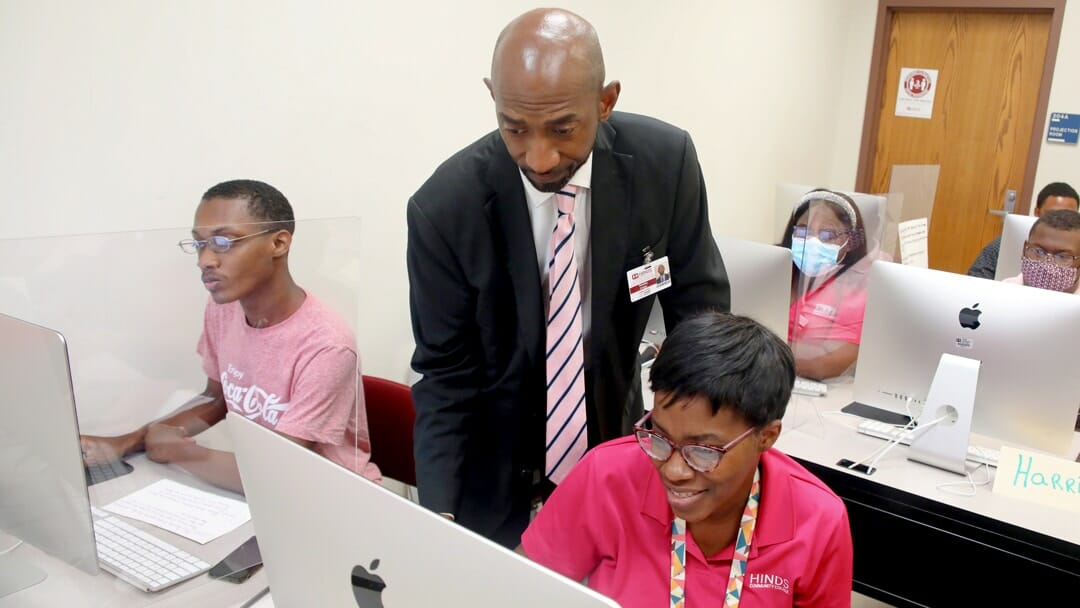 “We do speech and physical therapy with my son four days a week,” she said. “So I began filming my 11-year-old daughter Taylor Rai and I doing therapy with him and began thinking I could become an inspiration to someone else in the same situation. I didn’t know anything about doing video or broadcasting. But I knew the class dealt with filming, editing and being able to present stories.”

She is on track to earn a credential in broadcasting by next fall, all while maintaining her schedule as a nurse. In the age of broadcasting oneself online, Johnson sees an opportunity to bring awareness to Down’s Syndrome and the challenges parents face with it.

“I want to start a YouTube channel to bring awareness to my son and his condition,” she said. “I enjoyed the class so much that I came back to continue this semester.”

Crisler, who has taught the course since 2015 and was previously a television broadcasting and public relations professional, was curious about his new pupil at first but now sees a blossoming talent.

“She is a joy to work with,” Crisler said. “Initially, I couldn’t understand why a professional nurse would want to come back to school and major in broadcasting. But after some conversations, I understood her reason clearly, and that is to become a more effective communicator and broadcast issues pertaining to the medical field, in particular, her son’s condition. She was a little intimidated at first, but now she’s holding her own.”

Coming back to school has been a form of therapy in itself for Johnson as she balances her current career and a potential new one.

“I want to take what Mr. Crisler has ingrained in us and perhaps seek an entry-level job working in news,” she said. “I’ve become comfortable talking to people, plus being in front of the camera. I’d love to inform people of different things about medical topics I’ve learned about since I worked as a tech, things like heart health and diabetes.”