PORT GIBSON – Born into a family of 10 children in agrarian Lake Providence, La., Jeanette Felton was a breadwinner before she even learned to read at grade level. 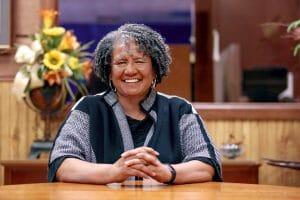 She had very little choice, she recalls.

“I missed a lot of classes in school since I was the oldest of 10,” Felton said. “I had to keep the children so my mother could work. A lot of basic things most people would have in school, I didn’t have. And I think I was the only black student in the class. I felt unprepared.”

Felton dropped out of high school in the 10th grade and, by 1973, had left her hometown. She and her husband landed in the Valley Park community in Issaquena County with her husband to work the vast tracts of farmland that blanket the South Delta.

It was the start of a long journey that continued at Hinds’ doorstep as one of the many success stories of the college’s Adult Basic Education program through the years. Now 67 and head of a company that’s among Mississippi’s largest home healthcare businesses, Felton continues to be awestruck by how big a role Hinds played in her personal and professional development.

“Hinds is absolutely the best,” Felton said. “They did things so well and so organized. People were always so encouraging. Hinds played a major role in my life and career.”

A mother of five by age 23, Felton felt a desire to work and make her own money in life despite not having completed her high school education. “After a while, I really wanted to start work,” she said. “But, if you don’t have a GED, you can’t get a job.”

In 1977, she aced her high school equivalency test on the second try, then worked at Rolling Fork Elementary in a variety of positions over the next several years. “I was a bus driver, then a cook,” she said. “The following year, I was able to work as a teacher’s assistant. Doing those jobs, I wasn’t even earning what the teachers were, but I liked the profession.”

Being around educated people made her want that level of achievement that much more, she said.

I knew nothing about college. I was out of my comfort zone. But, I just knew I wanted to do something. Working in the school system, these people had educations. And I wanted to prove myself.

“Elementary education was the early drawing point for me, but coming to Hinds and being exposed to other people taking classes in different things showed me nursing was a field where you could also earn a good living and go further in life.”

With that in mind, Felton went for broke on her education. She quit her jobs and set her sights on her first healthcare credential, which came in 1985 with her associate degree in Practical Nursing at the Vicksburg-Warren Campus and passing a licensure test. “You know the pressure was on, then. Failing was not an option. Back then, it took about three months to get the results back, but when I got them it gave me such a sense of accomplishment.” 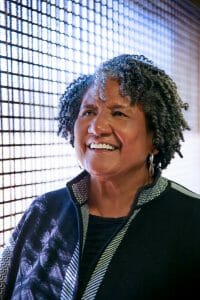 The desire to keep helping people and the earnings potential of doing so propelled her to her next degree three years later. “Back then, you really weren’t supposed to be working while going to nursing school, but I did because I had to. And like today, nursing school isn’t easy. In LPN school, we started with a hundred people and graduated with about 17. But, when I finished, I was happy I’d be able to provide better for my children.”

In 1998, she earned a Bachelor of Science in Nursing from Alcorn State University. Shortly thereafter, she began At Home Care, in Port Gibson.

The business has grown mightily in just 20 years – now employing about 450 people in its 11 offices statewide, including the main office along Church Street in Port Gibson. Its caregivers work in 48 Mississippi counties offering in-home care to those dealing with chronic medical conditions that might otherwise result in permanent residency in nursing homes.

“We try to help people in those situations stay at home longer,” she said. “As people age and if they’ve been self-sufficient all their lives, they prefer staying in their own homes. They can do that with the help our service provides, which include running errands for them, cooking for them, assisting them with a bath. It definitely has an important place in these people’s lives.”

Felton credits several instructors and counselors at the Vicksburg campus and in the ADN program for providing just the right helping hand at all the right times. “John Thomas, at the Vicksburg campus, was a counselor there and talking to him was always very encouraging. Becky Tustain taught some of my classes in the RN program, and, of course, Bobbie Anderson was the dean.”

In February, Hinds President Dr. Clyde Muse spoke at this year’s Industry Appreciation Banquet in Claiborne County, organized by the county’s Economic Development District. There, Felton was recognized as an outstanding business leader.

“If you’re an economist and want to look at from here to here,” Muse said, holding his hands apart to demonstrate distance, “Look what we were able to help her do – not only for herself but her family and her community in economic development. That’s the kind of story you love to hear and tell people about.”

Her best advice to any young person in a similar situation to hers, particularly single mothers, is that there’s no substitute for persistence. It’s advice that, nowadays, she and her current husband, the Rev. Columbus Felton, impart to their 12 children, 17 grandchildren and four great-grandchildren.

“You have to stick to it and not give up,” she said. “You’ve got to lock your mind up around that. You can’t do anything else but keep moving. I’ve never been a lazy person. If you’re lazy, you can forget it. God will allow you to do whatever you want to do.”