It’s not every day that a college turns 100 years old, but for Hinds Community College, 2017 is a special year commemorating 100 Years of Community Inspired Service. Hinds opened…
By: Cathy Hayden

It’s not every day that a college turns 100 years old, but for Hinds Community College, 2017 is a special year commemorating 100 Years of Community Inspired Service.

Hinds opened in September 1917 as an agricultural high school, becoming a junior college in the 1920s. 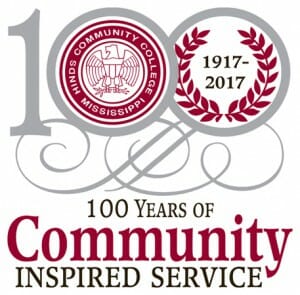 Beginning in January 2017, the college has been putting a Centennial spin on annual events, special alumni reunions and numerous other activities to involve the community as well as employees in a year-long celebration.

One of the highlights of the Centennial celebration, which wraps up in November 2017, is the selection of 100 People Passionate about Hinds Community College. The 100 People will be honored at a special program and reception at 6:30 p.m., Aug. 10 at Cain-Cochran Hall on the Raymond Campus. The public is invited.

The project started when the extended college family and alumni were asked to nominate people who are “passionate” about Hinds. Over the course of six months, from July to December 2016, a total of 658 people were nominated, said Jackie Granberry, executive director of the Hinds Community College Foundation.

“There is no doubt that there are hundreds of others who could have just as well been on this list,” Granberry said. “With the rich and distinguished history of the college over the last 100 years, we realize that there are many more — much more than 100 — who have a passion for Hinds.”

From the 658 people nominated, a series of committees finally narrowed the nominations down to 100 people.

“This list was not intended to be a list of notable alumni, major donors, dedicated community leaders or even outstanding employees,” Granberry said. “This list was to include people who were passionate about Hinds Community College — individuals who through their actions and words have demonstrated that they felt very strongly about the college and the impact that it had on their life and the lives of others.”

Among the 100 are a current and former governor, both of whom attended Hinds.

Many of the 100 People are natives of the college’s district of Hinds, Rankin, Warren, Claiborne and Copiah counties, and about half of the 100 still live in the area. About three-fourths of them were Hinds employees at some point in their career, although presidents of the college were not among those considered for the list. Among employees, Lola Allen was in the first graduating class in 1923 and was then was employed at Hinds for 43 years until 1966.

In a handful of cases, couples are being honored together. Family members of those who are deceased are asked to represent their loved one but all will be honored.

The 100 People Passionate about Hinds Community College are as follows: