Vicksburg woman finds her voice and a career path at Hinds

VICKSBURG – Life has been a spiritual search for stability and acceptance for Rena’ Cain, starting from a girlhood spent in a foster home. “As a kid, I was teased…
By: Danny Barrett Jr. 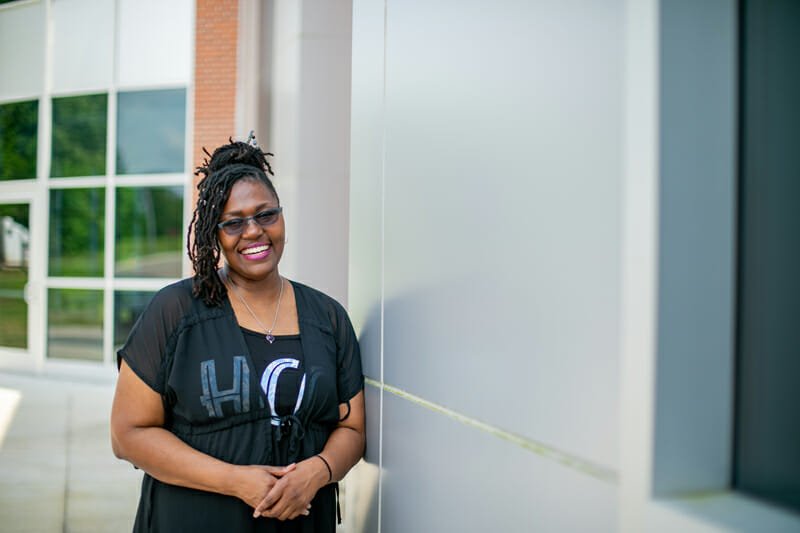 VICKSBURG – Life has been a spiritual search for stability and acceptance for Rena’ Cain, starting from a girlhood spent in a foster home.

“As a kid, I was teased horribly for speaking properly and choosing my words,” said Cain, 52, of Vicksburg. “I was told I didn’t sound like the rest of my friends and family.” 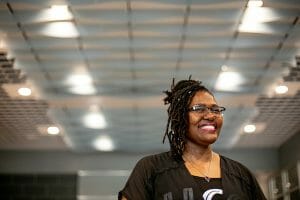 Foster home life only led to a longer journey to find herself. She was sent to high school in Michigan, where other relatives lived, then spent more than 20 years in retail management. Ten of those years were spent working in stores in and around Las Vegas before returning to Mississippi. She honed her people skills in retail, but in the end it was just a job, not a career.

“Both retail chains I worked for closed up shop and left Las Vegas,” Cain said. “I was searching for who I was after that,” she said. “Working retail, I was just following the conditioning of going to work, going home, maintain my two children. There was too much repeating to my cycle. I realized I am more than just my job. So it was a matter of who am I, really?”

Cain had just a brief stint at a technical school under her belt when it came to post-secondary education. Still, a passing suggestion from a friend and some self-reflection were enough to steer her back to school, where she is thriving in several classes at Hinds Community College Vicksburg-Warren Campus.

“When I returned to Vicksburg and signed up for school, I had no clue as to what I was going to do,” she said. “I was in my third term here still questioning what I was going to do. Then I heard that little girl in my head – the one who used to be teased for her speech – and she told me that very thing you used to be teased about will be your saving grace. And that is how I chose to pursue speech pathology.”

This semester, she has successfully balanced four classes with being a grandmother of five and a day job sitting with residents at a local nursing home. “My dad is a quadriplegic and I sit with him, which turned into a paying job with the nursing home. The payoff for me is assisting people who are transitioning toward the end of their life. I give them peace.”

A mix of core academic and public speaking courses are bringing Cain to her goal of earning multiple degrees in speech pathology after she transfers from Hinds. Her instructors are impressed by her perseverance.

“Rena’ is a student who shows commitment, and, as we all know, commitment is key in college,” said Karen Gamble, instructor for Cain’s public speaking course. “She wants her education and her degree, and she shows it in every class, in every assignment and on every test. She also is an outstanding representative of the non-traditional students who have chosen to return to school after years away, despite all the reasons not to try. She works a tiresome full-time job, has a family and still makes her education a priority. I wish we could clone her attitude and tenacity.”

Hinds has proved to be more than just a vehicle for her academics, she said.

“Hinds has helped me peel back my layers as a person and see parts of me I didn’t know existed,” she said. “There are things I’d not experienced before, having just a brief technical college education. I’ve heard stuff I’ve never heard before from teachers – mainly words of encouragement.”

Those daily affirmations are a welcome change for her, as someone who’d heard the exact opposite from adults while growing up.

“My spirituality has always been about searching my inner Rena’, that little girl who grew up in a foster home and helping her to heal. It’s been about helping her grow up, feel safe and that she’s a more valued person than what she was told growing up.”

Speech-language pathologists, or SLPs, work with any number of communication disorders and speech-language impairments. Cain wants to work with children, with the different twist of her own experience in mind.

“I would like to work with children who have issues with speech,” she said. “I want to catch them before they give up on themselves.”