Montage Theater of Dance to perform with Universoul Circus

Hinds Community College’s Montage Theater of Dance will be performing the opening act for Universoul Circus on Thursday, May 16 at MetroCenter Mall. Johnny Burgess of Jackson, a 2012 graduate…
By: Cathy Hayden 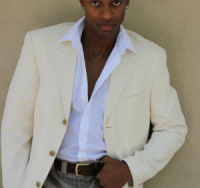 Hinds Community College’s Montage Theater of Dance will be performing the opening act for Universoul Circus on Thursday, May 16 at MetroCenter Mall.

Johnny Burgess of Jackson, a 2012 graduate of Hinds Community College, is living out his dreams traveling the world as a professional dancer for Universoul Circus.

After graduating from high school, Burgess attended a community college in central Mississippi on a basketball scholarship. His goals of becoming a professional athlete soon changed, however, when he was injured and forced to take a break from his sport. Later, in Jackson, Burgess met a young man from the dance program at Hinds Community College at an event, and his interest was sparked.

“I had taught myself some dance in high school, but had never taken any classes or had any formal training,” Burgess said. “I always had dancing in the back of my mind, but didn’t even know who to talk to in order to take that first step. When I made contacts at Hinds, it opened the door for me.”

When Burgess enrolled at Hinds, he planned on taking a few dance classes while pursuing a different major. But he soon fell in love with the art of dance and decided to pursue a career in the field. He auditioned for the Montage Theatre of Dance under Tiffany Jefferson’s instruction and found himself traveling the country doing performances in places such as Carnegie Hall. Now, as a member of Universoul Circus, Burgess performs break dance, hip hop choreography and gymnastics, among other feats, during up to three performances a day, all over the world.

In the future, Burgess hopes to share his wisdom and experience with others, through authoring and teaching.

“I want to be a positive influence and mentor to young dancers, the way my Hinds instructors and peers were to me,” he said. “I have many more professional goals to reach before I’m done, but that goal of giving back is really, really important.”

From May 15-19, Universoul will be touring in Jackson. Hinds Community College’s Montage Theater of Dance will be performing the opening act on Thursday, May 16 at MetroCenter Mall.

All Hinds students, graduates, and community members are encouraged to attend the event wearing their favorite Hinds Community College gear to support the Montage group.
For more information on event times and tickets, visit www.universoulcircus.com.